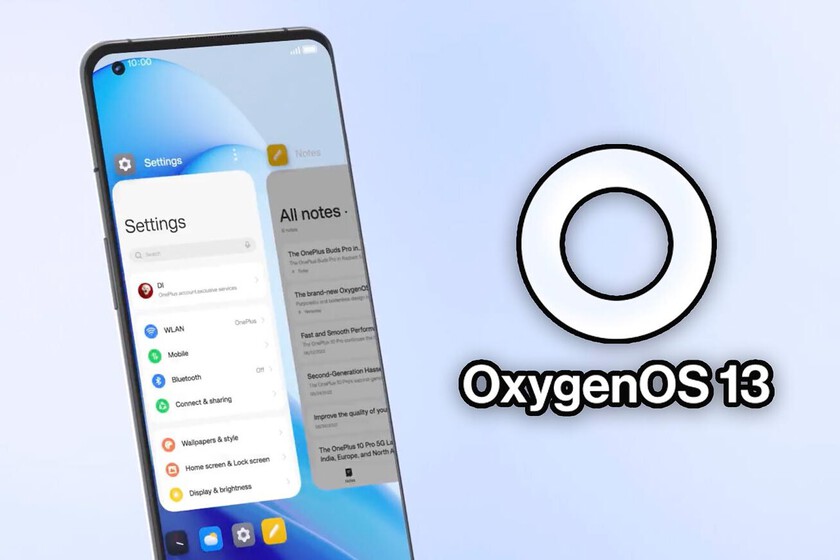 Share
Facebook Twitter LinkedIn Pinterest
The presentation of the OnePlus 10T has not come alone, we have another newcomer among us: the new custom layer from the manufacturer, OxygenOS 13. After abandoning its plans to merge this layer with OPPO’s ColorOS, OnePlus evolves its software with greater efficiency, better performance, and a more natural appearance for all interface elements.

The software included with OnePlus mobiles is one of the keys to making this brand so popular among die-hard Android fans. After a first stage with Cyanogen OSOnePlus developed its own layer, for both your Chinese mobiles (HydrogenOS) and international phones (OxygenOS). With the different evolutions we have reached version number 13 of this layer; without this update being a huge change from OxygenOS 12.

Contents hide
1 OxygenOS 13, another layer inspired by nature
2 More features of OxygenOS 13
3 When will the update to OxygenOS 13 be available

OxygenOS 13, another layer inspired by nature

The new OnePlus layer has made an appearance at the OnePlus 10T event to show where the brand’s software strategy is going. And the line is clear: the differences that separate OxygenOS from ColorOS are minimal. Even OnePlus’ orientation to the “natural” style of elements and animations is appreciated. What the company has called as design aquamorphic.

Widgets with a card design and quite similar to those of iOS (and Android 12/Android 13), a centralized screen where you can see the most important things on the phone (Smart Launcher), OxygenOS 13 increases the interconnection capabilities between the mobile and other devices (headphones , screens…) and allows exchange files with nearby Windows computers; apart from other Android phones and tablets, of course.

OnePlus has evolved the layer design towards minimalism without losing sight of the gradients and the richly rounded corners. It is based on Android 13 and maintains the emphasis on privacy and security; with the restrictions on permissions and functions such as Zen mode, the Digital Well-being that OnePlus has been incorporating into its mobiles for some time. OnePlus claims that OxygenOS 13 is more energy efficient and also more powerful than previous versions. Specifically, the brand ensures that the new layer starts apps 10% faster than in OxygenOS 12; with 20% more speed installing apps and a 30% increase in fluidity jumping between apps. As always, we will have to check it as we manage to update to this version of the layer.

When will the update to OxygenOS 13 be available OnePlus has confirmed that the first mobile with OxygenOS 13 will be the OnePlus 10 Pro, but only details a “coming soon” as a date. The OnePlus 10T will be the second: the update is set for the end of 2022 (and that just came out and is premium range).

Cell phones that are guaranteed to update (no date) to OxygenOS 13 are: