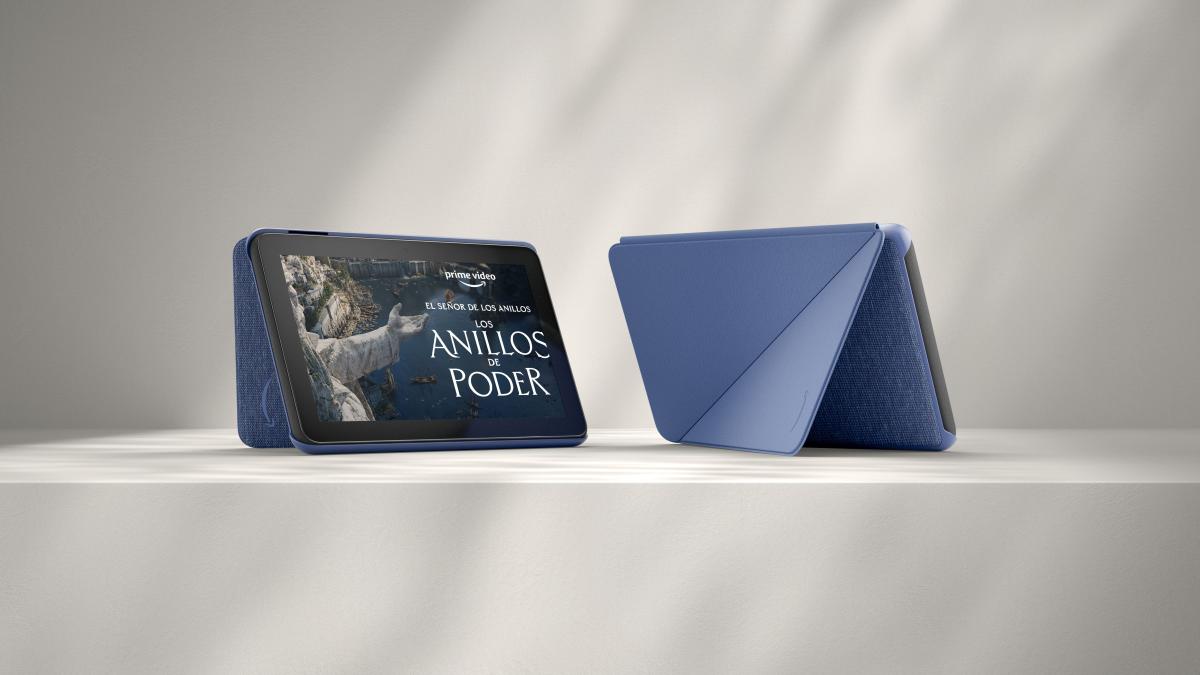 The new Fire 8 HD has just been presented by amazon. This tablet is aimed at a very specific audience: users who want to enjoy multimedia content such as that offered by Amazon Prime without making a considerable monetary outlay and, at the same time, not having to worry about autonomy.

Among the new features with which the Amazon Fire 8 HD arrives, what we find is that the performance has been improved. Amazon indicates that the Hexa-Core processor that is integrated into this tablet is 30% faster, allowing the use of multiple applications without the experience suffering.

For the screen of this new Amazon tablet they have thought of a diagonal of 8 inches, this being more than enough size to consume multimedia content from platforms such as the aforementioned Prime Video or from competitors such as Netflix, HBO Max or Filmin. The resolution of this panel stays at HD or 1,200 x 800 pixels.

Taking into account that the new Amazon Fire 8 HD is designed for the constant consumption of multimedia content, the battery has been a point that has been improved in this new tablet. The information provided by Amazon suggests that autonomy can reach 13 hours of use.

Amazon has a new tablet with which to boost Prime Video

Despite having an autonomy that can be considered good, the truth is that the loading speed is a task to improve on this tablet. The data provided by Amazon indicates that to get a full charge of the Fire 8 HD you have to wait 2 and a half hours, plus the charger that comes in the box is only 5W.

Of course, you can buy a 15W charger, which is the maximum fast charging power that this tablet supports. To be able to store series, movies, music and any type of Amazon content has provided the tablet with 32 GB or 64 Gb of memory, being in both cases expandable up to 1 TB with the use of microSD cards. The RAM is 2GB in both models.