Before being a leader in telephony, it also manufactured car tires 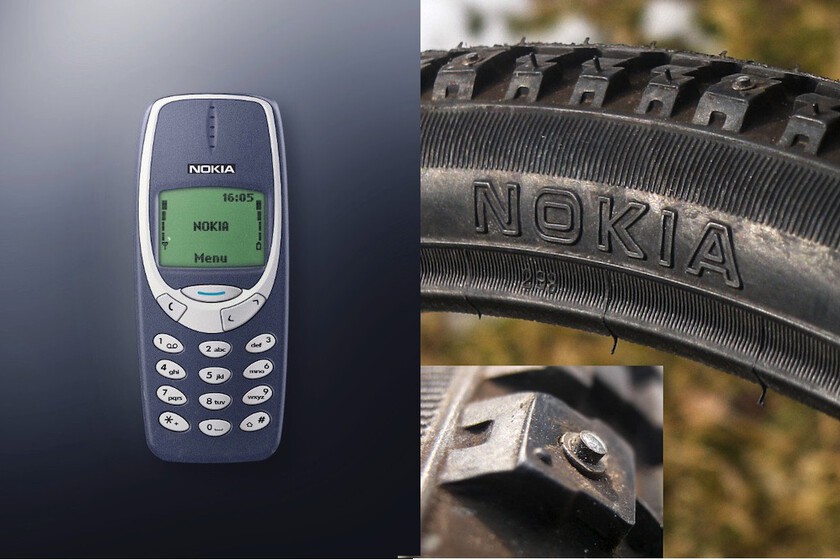 Share
Facebook Twitter LinkedIn Pinterest
Nokia’s history, like many others in the world of technology, can be taken as a life lesson. There was a time back in the 90s – early 2000s in which the Finnish firm cut the cod in the mobile phone sector. Nobody seemed to shadow it… until Apple’s iPhone arrived, a paradigm shift that ended with its mobile division being bought by Microsoft and later resold to HMD Global, the brand returned home but found a completely different sector. Nothing (neither success nor failure) is forever.

If you didn’t have a Nokia, it’s probably because you weren’t born, but few people will be unaware of the legacy that the brand left in the history of telephony, with phones as iconic as the Nokia 3310, the original Nokia N-Gage or even the Nokia 8110. that even appeared in Matrix (and that later had, like the Nokia 3310, a reissue). But what is not so well known is that Nokia also makes tires and, in fact, even pioneered winter tires.. The second life lesson is don’t put all your eggs in one basket.


A giant in phones… and in tires

Let’s go by parts. Nokia was born as a paper production company in 1865, when Finland belonged to the Russian Empire. Things must have gone well for them, since shortly after they set up a second factory on the banks of the Nokianvirta river, from which they draw inspiration for their name. there by the In the 1960s, the company created the electronics department and fully entered the world of telecommunications.

It was in 1984 when the Mobira Talkman saw the light of day, the first truly manageable transportable telephone, already weighing less of five kilos From the Talkman to the Cityman, which drops considerably in weight to 800 grams. We have to go back to 1992 to reach the Nokia 1011, the first mass-produced GSM mobile phone. She only weighed 495 grams, we are already approaching almost 200 today. In those days, Nokia was a conglomerate of different activities, including the production of tires. The Finnish rubber factory was founded in 1898 and in the 1930s Nokia first started with bicycle tires and then made the leap to cars, vans and even trucks. Among his achievements, In 1934 they developed the world’s first winter tire..

It is at the dawn of the development of mass mobile phones that the tire division separates: Nokia Corporation Says Goodbye to Nokia Tiresin finnish Nokian Renkaatin 1988. And it’s not bad: it’s a reference in the sector in Scandinavia and worldwide in terms of winter tires, holding the official Guinness World Record for the speed of a passenger car on ice with 336 km/h Audi RS6.