Beware iPhone Lovers! You can be robbed in the affair of cheap 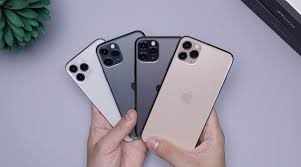 Share
Facebook Twitter LinkedIn Pinterest
Tech News Desk – Apple iPhone 13 Scam: If you are also turning to the internet or nearby shops to buy iPhone cheaply, then be careful. In fact, the Noida Police on Thursday arrested a gang selling fake Apple iPhone 13. This gang was selling duplicate iPhone 13 made in China at a very low price, in which iPhone lovers were getting trapped. The matter came to the notice of the police when two cases were registered in this regard at the Noida Sector 63 police station. The gang, which was caught by the police, had sold fake iPhones to two people at a very low price and fled with their money. Police have said that they have arrested three people and also recovered 60 duplicate iPhones from them. According to the police, the gang was selling the latest iPhone 13 as original for Rs 53,000, while the original iPhone 13 costs Rs 69,900, which is listed on Apple’s official website.

According to the report, this gang used to buy duplicate phones of iPhone 13 from the Delhi market for just Rs 12,000. He then used to buy original iPhone boxes from China’s shopping portal Alibaba, where a box costs Rs 4,500. At the same time, stickers of Apple were also bought for 1000 rupees. In such a situation, the gang used to spend a total of Rs 17500 on this duplicate phone and was further selling it for Rs 53000. To trap gullible users, even IMEI numbers were visible on fake iPhones. For this he used a mobile application. This information has also been shared by the police. Renault Duster has also been found with this gang and many more have been found from them. iPhone has launched the iPhone 14 and iPhone 14 Pro this year, while last year the company unveiled the iPhone 13 series.