Buy 800 mobile cases for free on Amazon due to a brand error: now you will not be obliged to return them 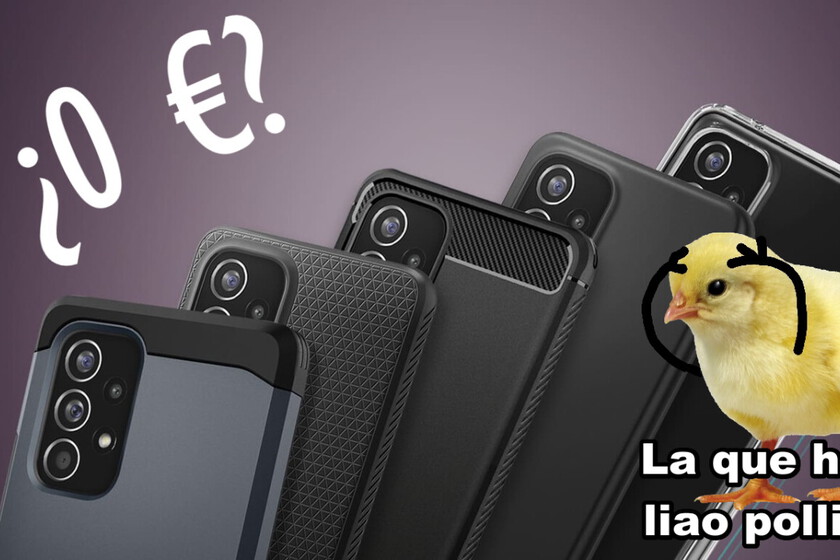 Spigen is a South Korean brand specializing in cases and protectors screen for smartphones; one of the leaders in this field, in fact (although it also offers chargers, headphones, watch covers, etc.). But they have made a mistake that is already costing them dearly.


Two days ago, in their Amazon stores for Spain, France and Italy, they launched a discount aimed at buyers of any of their products: Actually, only some of them showed the discount coupon notice, but some users quickly discovered that said coupon —with the code ‘WHAV6JJA’ (Amazon ES) or ‘HJ6N2HX6’ (Amazon IT)—was also applicable to the rest of the Spigen catalogue.

And, to add insult to injury, the coupon did not require any minimum spending to be applied. Result? That many users began to place individual orders for products with prices below €20, in such a way that they were free. And they could make all the requests they wanted.

€20 discount on Spigen cases with the code WHAV6JJA on Amazon (some left at €0 😳) https://t.co/QxvFdYdGnN pic.twitter.com/J3YdwtZbDC

Many of the users who have taken advantage of this Spigen bug they have chosen not to abuse their luck, preferring merely to purchase a single product to replace their current phone case. However, others have decided to ‘make their August’ (and even their Christmas, and we do not say how many years) taking advantage to order up to 800 shells for a total of €0.

In fact, this specific example has been revealed in the popular Forocoches forum, since the user in question is a member of its community. 800 orders for €20 would yield a total figure of €16,000 spent if they had been acquired without taking advantage of the sloppy promotion… but thanks to it, the cost amounts to €0.

Faced with users who have accused him of being ‘greedy’ and of doing it just to get ‘a few bitches’ for each one reselling on Wallapop, the protagonist of this story (who has already started receiving his orders), clarifies that he himself has a mobile phone store and that he hopes to monetize the entire night he has spent placing orders on Amazon.

The FNAC case and super-reduced mobile phones: what to do if a business cancels an order due to a price error

And why doesn’t Spigen cancel orders claiming it was all due to a mistake?

“One second, Have those who have taken advantage of this error already started receiving their orders? How come Spigen hasn’t ipso facto canceled them? Easy: because, as all the logistics depend on Amazon, and not on Spigen itself, it cannot carry out a massive cancellation of orders, under penalty of Amazon withdrawing your store from its portals.

So the South Korean brand, after canceling the failed promotion, has been forced to continue sending orders, while contacting all customers who had taken advantage of the discount coupon to please ask them to be the ones who cancel their orders (because if the cancellation is made by the customer, Amazon does not retaliate against the seller). The text of Spigen’s letter is as follows:

“Dear Customer. We are the customer service team of Spigen Korea Co., Ltd.

First of all, we deeply regret before requesting this request.

The day before, there was a temporary system error where the promotional discount code was exposed on Spigen products.

Consequently, we are very sorry to make you request to cancel your order placed with the displayed discount code due to a system error.

We are very sorry to have disappointed our customers who will have placed the order with great joy.

We are very sorry, but we ask for your cooperation with the cancellation of your order.

We reiterate our sincere apology and will do everything possible to prevent this from happening again in the future.

Thank you very much”.

a simple mobile and full of battery