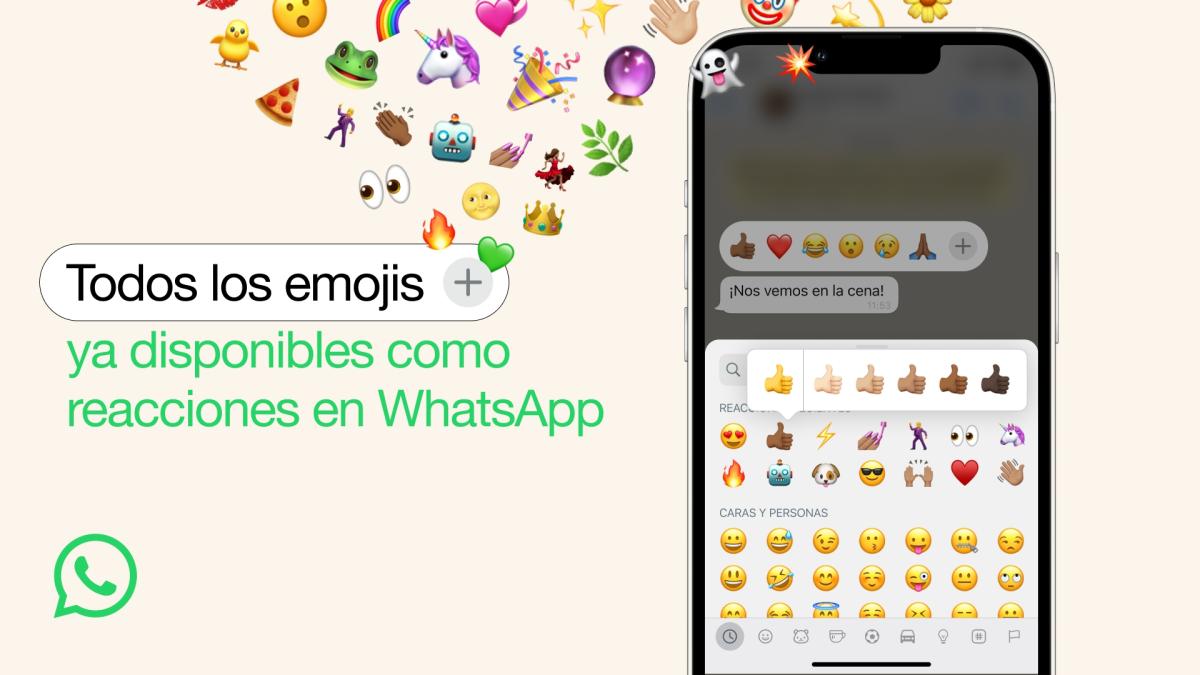 Share
Facebook Twitter LinkedIn Pinterest
Emojis have long since become a form of communication as valid as writing. For this reason, apps have begun to introduce the possibility of responding or reacting to messages based on emoticons.

A few weeks ago one of the most anticipated changes came to WhatsApp, the reactions. After having this option in dozens of applications, the Meta app decided to take the plunge and introduce reactions in the form of emoji both in Android as in iOS.

So what’s new in this new update? well what WhatsApp introduces a small change in the reactions: Up to four reactions are now displayed inside chat bubbles.

The latest news on reactions have been discovered after the release of the WhatsApp for Android 2.22.16.6 beta update, that brings a preview of the reactions within the list of chats (not yet seen on WhatsApp Web).

Since that update, no further details about the new features related to the ability to react to messages in chats have been uncovered…until today.

What’s new in the WhatsApp update seen on Android

Thanks to the new update of the WhatsApp beta for Android 2.22.22.12, we have discovered that WhatsApp introduces a small improvement in the maximum number of reactions that are shown inside the chat bubbles (number of emojis on the screen).

As you can see on the screenshot, the improvement is visible in group chats: in the previous update, you could see up to 3 reactions inside a chat bubble. In the most recent beta, WhatsApp introduced a small change that allows group participants to see up to 4 reactions.

Massive WhatsApp groups: the messaging application is preparing to increase the user limit

Unfortunately, this is the only change available in this beta: in fact, a bug fix update that should fix a problem with notifications is not yet available. We will inform you when the solution is available.

The ability to see up to 4 reactions within chat bubbles is available today for some beta testers and will roll out to more users in the coming days, but we have no further information regarding changes to WhatsApp chat.