Despite some shortcomings, the device is much better 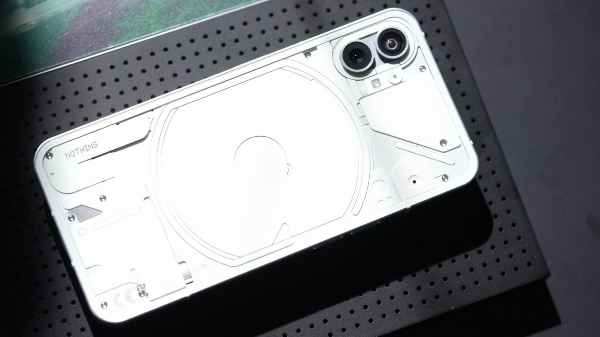 Share
Facebook Twitter LinkedIn Pinterest
Mobile News Desk – In late July this year, the Nothing Phone (1) took the smartphone world by storm. This phone was the latest design device. It got appreciation from all over the world. Since then, Nothing has released several updates for the phone, fixing various bugs. However, there was a bad phase for a company in between when it increased the prices of Nothing Phone (1) smartphones. The company had to face criticism from all quarters regarding the price hike. The Nothing Phone (1) definitely has some bugs, but it’s still not a deal breaker. Many great features have been given in the phone. It has strong battery, great camera for photography, transparent design and great user experience. Nothing has released a few software updates since its release. Since its launch, Nothing has greatly improved the features of the phone and added some new features as well.

The phone also flaunts a 6.55-inch, 120Hz OLED display beautifully. It improves streaming supported video with the added benefit of HDR. The Qualcomm Snapdragon 778G+ chipset is not the most powerful processor currently, but it is a very good processor. It works very fast and the phone also gives better performance. The battery has been the weakest part of the phone. It has a 4,500mAh battery that lasts almost a day, which isn’t bad in itself, but could definitely be better. The company might be able to fix this through an upcoming future software update. The good thing is that you do not need to charge again and again to use the phone.