Do you want to try WhatsApp reactions before anyone else? try these tricks 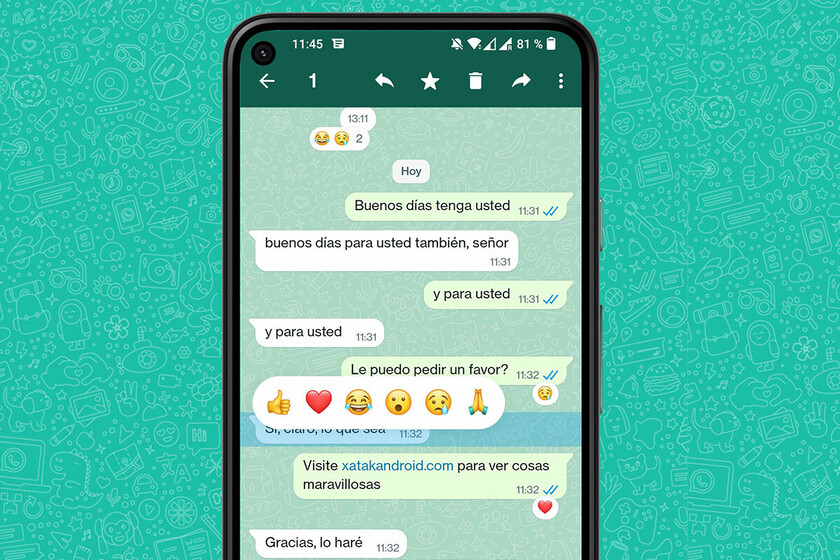 Share
Facebook Twitter LinkedIn Pinterest
WhatsApp officially announced yesterday that the reactions reached all users, but if you open your WhatsApp you may not find them yet. If you want to start sending emojis as replies to messages, we tell you three ways to activate WhatsApp reactions.

Gone are the days when to get the latest news from an app you only had to install its most modern version. Server-side activations are frustrating for users, although in the case of whatsapp reactions there are several ways to force the machine. And some of them are quite curious.

Contents hide
1 Option 1: use the stable version
2 Option 2: with the new WhatsApp Web
3 Option 3: with WaTweaker and root

Option 1: use the stable version 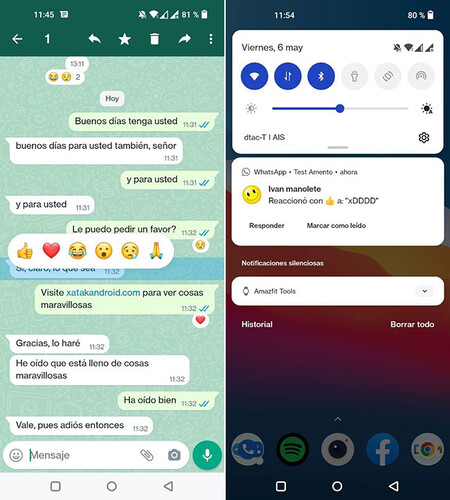 As soon as we moved to the stable version, the reactions appeared

Although it seems counterproductive, WhatsApp seems to have activated the reactions earlier in its stable version than in its beta version. Therefore, if you are using the beta version of WhatsApp for Android, there is a good chance that reactions will appear when you install the latest official version instead, which as of today is version 2.22.9.78.

Android won’t let you install an older version on top of it (without root, at least) and if you’re part of the WhatsApp for Android beta program, you’re not interested in leaving, because the seats are full and you won’t be able to come back, but you can always uninstall beta version and install stable version from your APK. Remember before making a backup of all your chats.

Option 2: with the new WhatsApp Web 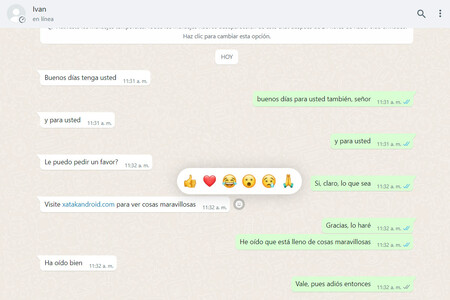 If you use WhatsApp Beta on Android and have no intention of moving to the stable version, there still seems to be a very easy way to use reactions in your account: with whatsapp web. In our tests we have seen how the reactions appeared in our account on WhatsApp Web, while they did not appear on the mobile.

We have been able to verify that this happens with the new version of WhatsApp Web, the one that works independently of the mobile, but not with the previous version. By using WhatsApp Web to send reactions you will be able to see them from your mobile, but not modify or delete them.

Option 3: with WaTweaker and root 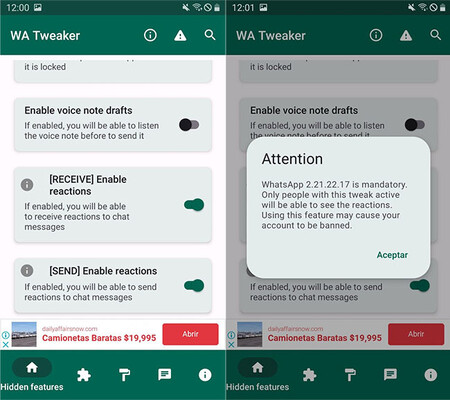 If all else fails, you still have one bullet left – WaTweaker WhatsApp mod app. We told you about the application a few years ago -when it was called WaTweaks- and it is a tool with which you can activate hidden functions of WhatsAppas long as you have root permissions.