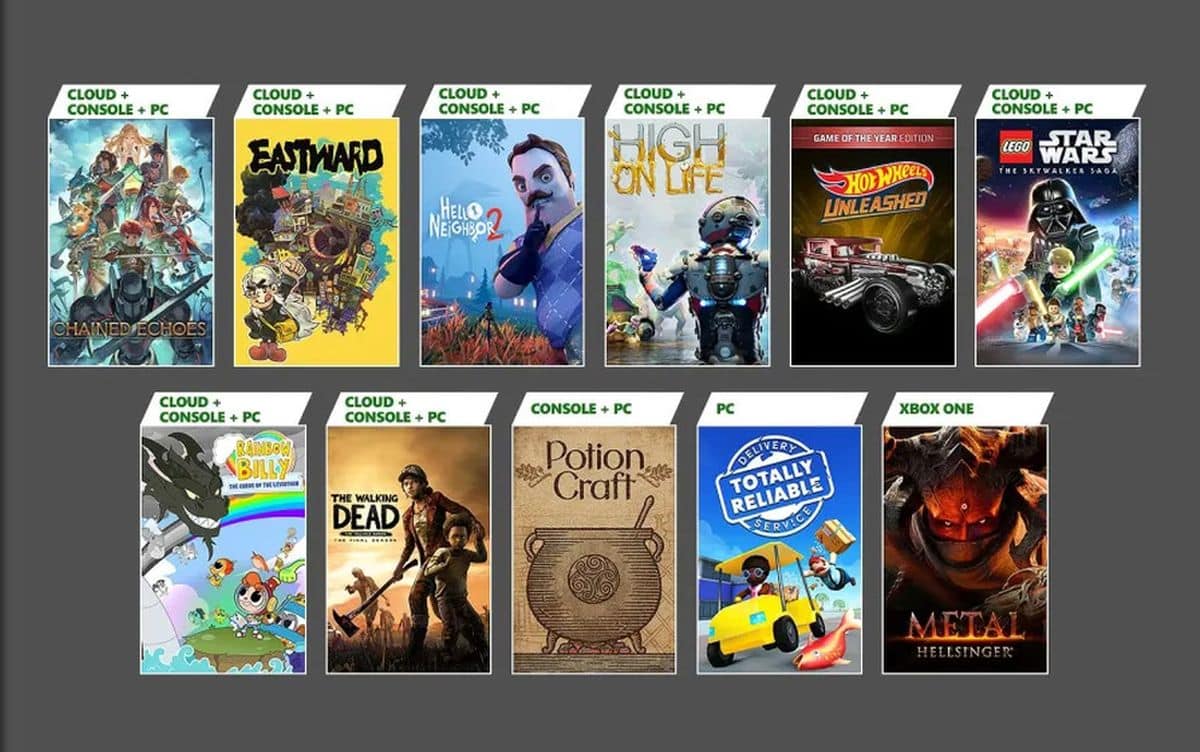 Share
Facebook Twitter LinkedIn Pinterest
The Xbox Game Pass welcomes nine new games to its catalog. Among them, recent titles acclaimed by critics, such as the latest Lego Star Wars or the very nice Metal Hellsinger. What a headbanger during the long winter evenings.

Xbox Game Pass is enriched with eleven new titles in this month of December 2022. Microsoft has added recent games, such as Lego Star Wars The Skywalker Saga, Metal Hellsinger, Hello Neighbor 2 or High on Life. Be careful, they do not all arrive at the same time.

Indeed, they will be added as December progresses. Note that not all games will necessarily be available on the same platforms. There are on PC, on the cloud, on Xbox, or on all three at the same time.

Here is the list of games joining Game Pass this December:

Eleven very different titles, so there will be something for everyone. For our part, we advise you to take a look to the very sympathetic Metal Hellsinger, real surprise in the world of independent FPS. Lego Star Wars is also a dose of fun not to be missed if you like the galactic saga.

Read also – Xbox Game Pass: here are the new features to come by the end of November 2022

Be careful, these arrivals hide departures. On December 15, these are 10 games that will be leaving Game Pass. Among them, Dragon Quest XI, Alien Fireteam Elite or Lake. Hurry up to do them if they were on your to-do list!

As a reminder, the Game Pass is a monthly subscription that allows you to play an entire catalog of titles at no additional cost, both on your Xbox console, on your PC or on your phone via the cloud.