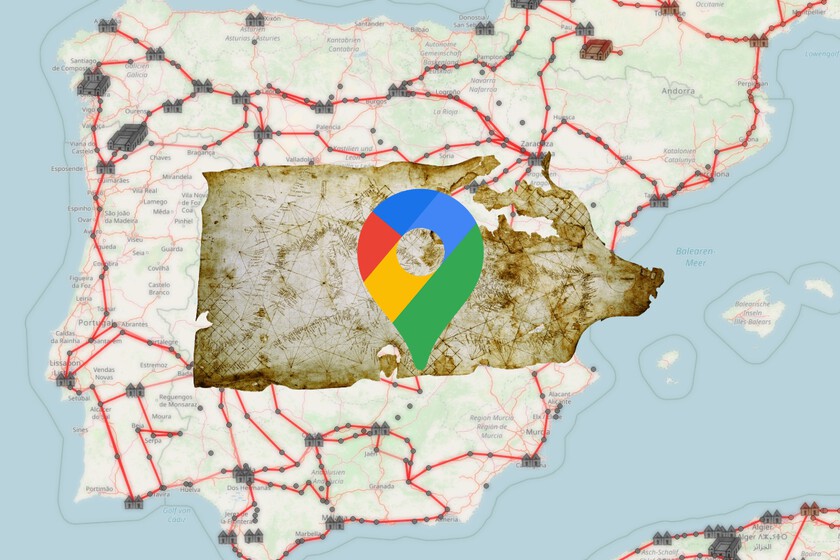 If we go back in our minds to the year 20 BC, the whole world was really different when it came to buildings or technologies. The ancient Romans were far from being able to have a mobile as we do now, and they even had a road network so different that their trips took days due to the turns they had to take. Now, we are going to be able to move back to this time thanks to a website that it aspires to become the Google Maps that any ancient Roman would have liked to have.


Browsing the internet we have been able to find the OmnesViae website that makes us go back in time to be able to know what the old roads were like. In these cases, it can be verified that in no case was it crossed mountains and made a detour to them, as can happen in the case of Sierra Morena. But beyond viewing it, you will also be able to plan a route through your web browser.

Of course, only the old roads of the Romans that were present in their own Empire are shown. This makes them meet roads in Europe, North Africa and even Great Britain. In the end, what ends up being fulfilled is the saying that all roads from Rome lead to Rome because if we start at one point we will always be able to end up in the capital of the Empire.


When you enter you will be able find a real and updated map, and superimposed on it, the different cities that existed in the territory and the roads that connect it. If we go to the North of Spain we will locate an icon of town houses in Zaragoza, but when we click on it we will see its true name for this historical context: Caesaraugusta. This is something that you are going to be able to do throughout the geography as long as you know

In addition to this, you will also be able to find a real browser on the left. This is achieved introducing in the upper part the city or town of origin (with its current name or in Roman) and also the destination. At the moment the route that has to be carried out and all the towns through which they must pass will be loaded.

This is really important information, because if you look at the top, you will find it in Roman numerals the number of days it takes to complete this route. Something relevant, since breaks should be made in all the districts that are specified in the list.

With these tools you can also perform a comparison of how transport has evolved. Journeys that today are made in a few hours, in the ancient Roman Empire it took full days of travel. Without a doubt, it is a really curious website that we recommend you visit.