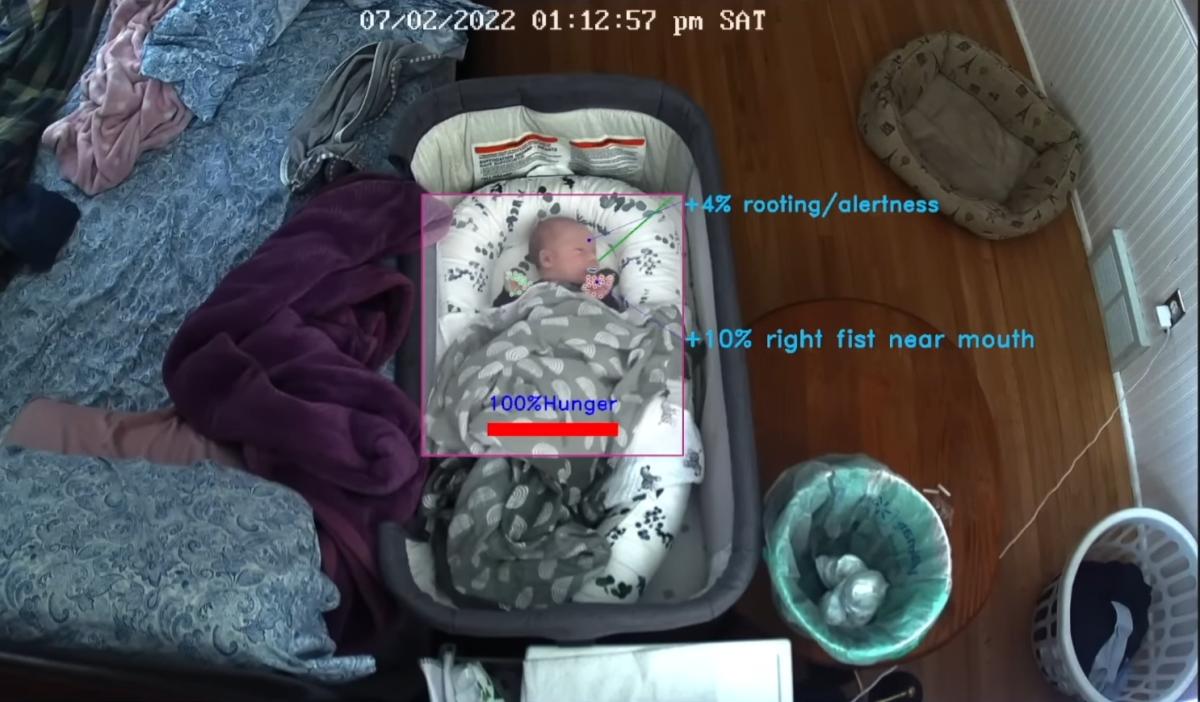 Crying is basically the only communication tool a baby hasor at least the most powerful, and they know how to take advantage of it very well.

Babies cry for different reasons. Mainly when are hungry or sleepy. but also when experience any pain or discomfort.

Engineer Caleb Olson just became a father, and his biggest problem is that his son rudely wakes his wife when he’s hungry, crying with all his might.

Caleb Olson has managed to create a smart camera that detects when a baby is hungry, minutes before he bursts into tears.

Receive a mobile notification and so you have a few precious minutes to feed him, before he wakes his wife. Another advantage is that according to pediatricians, when a child cries from hunger it is more difficult to feed, because he is nervous. With this system he has not yet reached the critical phase, and it is easier to feed him.

How did this engineer get know when a child is about to cry from hunger? caleb olson researched dozens of parenting forums and blogslooking for the symptoms that warn that the baby begins to be hungry, before he starts to cry.

The first clue is that the children begin to open their mouths, and wet your lips with your tongue, or bite them. He used software called MediaPipe, which allows create meshes of the face, recording the movement of the muscles of the face.

Thanks to this software, he was able to differentiate between opening his mouth and yawning, for example.

8 surprising uses of baby shampoo that you can not imagine

The third unequivocal symptom that there is hunger is that the baby puts his fists to his mouth. He created a mesh system that has 12 recognition points in each handto know when the child forms a fist with it, and brings it to his mouth.

Adding all these signals, and some more, such as the greatest movement in bed, Caleb Olson created a software that turns any webcam into a Hungry Baby Alarm, as he calls it. You can see how it works in the opening video of the news.

Olson makes it clear at the end of it that do not use this alarm as your only system for the child to eatand that both he and his wife follow the pediatrician’s recommendations on food issues, and not what a software says.

A very curious idea that although it ensures that it is “patent pending“, we do not think it has much commercial future. The authorities are not going to let an AI control when the baby is hungry, and when to feed it.

China builds a plane three times faster than the Concorde

The new POCO X4 GT shines for its power, autonomy and main camera, and today it has a discount