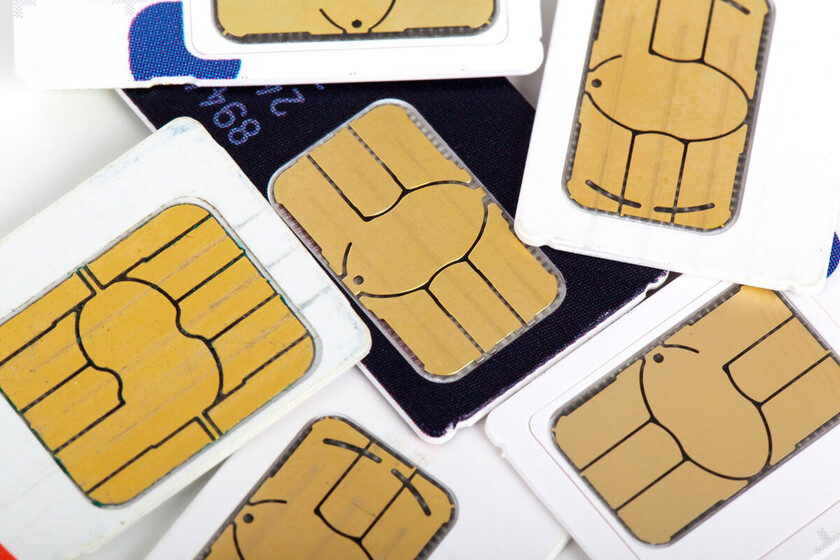 Share
Facebook Twitter LinkedIn Pinterest
We need a SIM card to be able to make and receive calls on the mobile and have data without having to depend on the Wi-Fi connection, although there are various types of SIM cards and those who do not have much experience with the matter may have some difficulty in distinguishing which one they should use on their mobile.

The normal thing for many years is that the SIM card of our operator comes in the format of a credit card with different perforations that we can cut to different sizes. In the beginning, SIM cards were huge and over time they have only reduced their size more and more. We tell you all the types of SIM that exist today.

Only the oldest of the place will remember credit card sized SIM cards, with dimensions of 85.60 x 53.98 x 0.76 mm. Perhaps you remember them more as the money cards that could be used in telephone booths.

They were the first type of SIM cards, back in 1991, so it was the SIM card in the pioneers of mobile telephony such as the Motorola Startac. Today we have inherited this format as the card that contains the rest of the cards, in some cases. In other cases, our operator will directly give us a Mini SIM with the different perforations.

For many, the Mini SIM will be the standard SIM card, that big SIM that they put in mobile phones that reached the masses like the Alcatel One Touch Easy or the first Nokia. It is much more compact than standard SIM cardwith dimensions of 24 x 15 x 0.76 mm.

This standard dates from 1996 and allows the SIM card to be used both in mobiles that require a full SIM card (with an adapter) and in those that need a smaller one, cutting it. This type of SIM was “compact” at the beginning of mobile telephony, but it soon became even smaller. We found this SIM card in the first smartphonesjust like the original iPhone.

In 2003 the Micro SIM or 3FF standard arrived, which is the result of cutting the edges of the SIM card as much as possible until practically only the chip remains. As in the previous case, the Micro SIM it is backwards compatible so you can use it on a mobile that supports MiniSIM just by using an adapter.

The Micro SIM is even smaller, although its popularity did not last long as it ended up being replaced by the even smaller Nano SIM and therefore more useful for smartphones of the 2010s. Its dimensions are 15 x 12 x 0.76 mm.

Today the most popular SIM card and the one you are likely to find on mobile you just bought is Nano SIM. The standard was created in 2016 and these types of cards are really tiny, with dimensions of 12.3 x 8.8 x 0.67 mm.

A Nano SIM card basically it is as big as the chip that composes it and pretty easy to lose. As always, if you had a mobile with support for MicroSIM or MiniSIM, you could technically use it with an adapter. The iPhone 5 was the first mobile to incorporate this type of SIM.

In addition to physical SIMs, virtual SIMs have also been proliferating for years. They are not cards that the user can put in the mobile, but chips inside the phone that can store the same data that is included in a SIM card.

What SIM does your mobile need? Now, what SIM card does your mobile need? Almost with complete certainty that your mobile you will need a Nano SIM card, because the previous versions such as Mini SIM and Micro SIM have long since ceased to be used. Only if you are using a phone that is at least five years old should you then consider whether it is possible to use other types of SIM cards.

In case of doubt, you can always consult the specifications of the mobile or, being more practical, remove the SIM card hatch from the mobile and see its size. As we mentioned before, in 90% of cases it will be Nano SIM, and it will be difficult for you to find another size unless the mobile is old enough to have a removable battery.