How much does a graphics card as powerful as the PS5 cost? 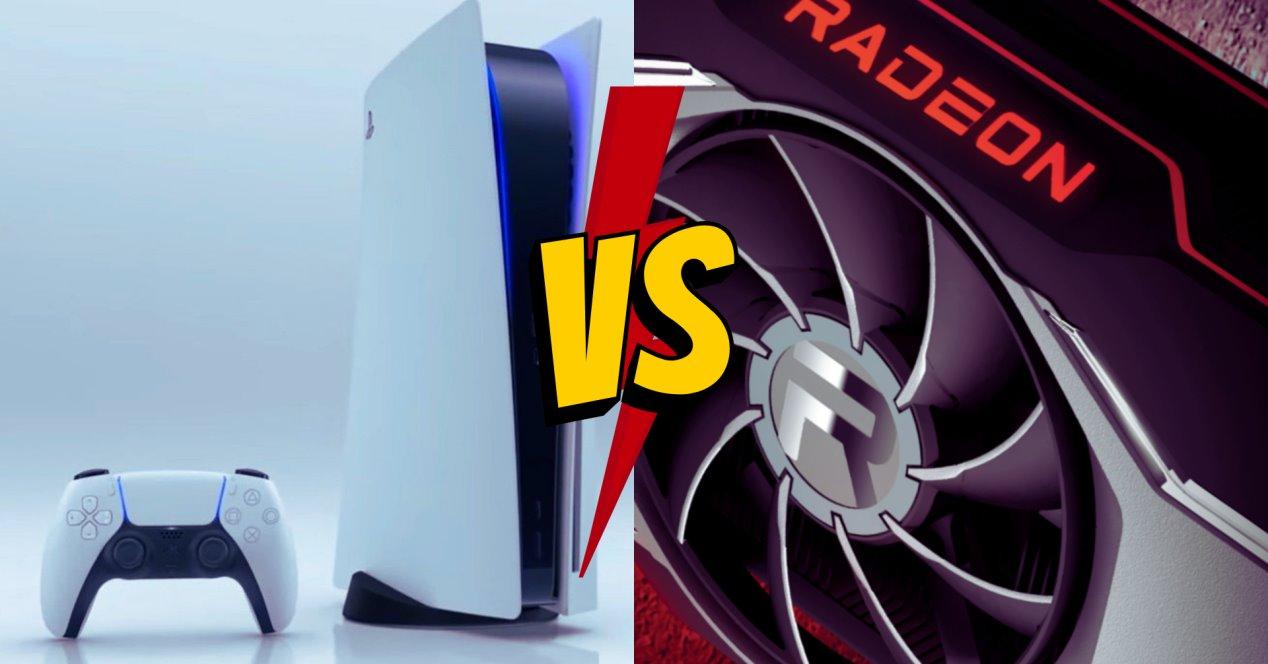 Share
Facebook Twitter LinkedIn Pinterest
Consoles currently use the same components as a gaming computer. Both the PS5 and Xbox Series X use an AMD processor and graphics card that are based on solutions developed for PC gaming. But, What gaming graphics card is equivalent to the one used by the PS5?

We must emphasize that the Sony console does not use a graphics card as such. It makes use of an AMD APU, which is basically uniting a processor and a graphics card in the same package. This makes it difficult to compare the performance of this graphics card with a dedicated graphics card.

Contents hide
1 How powerful is the graphics of the PS5?
2 Graphics cards of similar power to the PS5
3 Conclusions we can draw

How powerful is the graphics of the PS5?

This Sony console makes use of a Graphic card (as well as its processor) developed by from AMD. They are so-called semi-custom solutions offered by AMD to adapt to the needs of any client. For this platform, a graph based on the RDNA2 architecturethe same one used by RX 6000 Series graphics. This architecture is used because it is the most modern, it offers support for DX12 Ultimate and Ray Tracing, as well as support for AMD FSR.

When it was released PS5from Sony they indicated which are the graphics card specifications. These are:

To make a comparison simple we are going to stay with the value of computing powerwhich in the case of the PS5 is 10.29 TFLOPs. This value tells us how many mathematical calculations it can perform per second, in this case, the graphics card. It is the best method of comparison, since all the graphics cards on the market have a value expressed in this way.

Graphics cards of similar power to the PS5

We have been searching and have found several models of graphics cards by computing power, equivalent to the PS5. According to the chosen scale, these are the equivalences:

Conclusions we can draw

The ones that have the closest performance in terms of power based on mathematical operations, are the NVIDIA RTX 2080 and RX 6600 XT. What’s more, theoretically it would be the basis for the console graphics integrated into the PS5. Note that the RTX 3060 would be a better option than the RTX 2080, as it is more modern and much more powerful.

We must say that there is no absolute truth in this type of equivalence. There are many factors that we could call secondary, which can be observed and taken into account. One of them could be that it is easier to develop for a console than for a PC, since on consoles there is only one hardware configuration and on computers there are many.