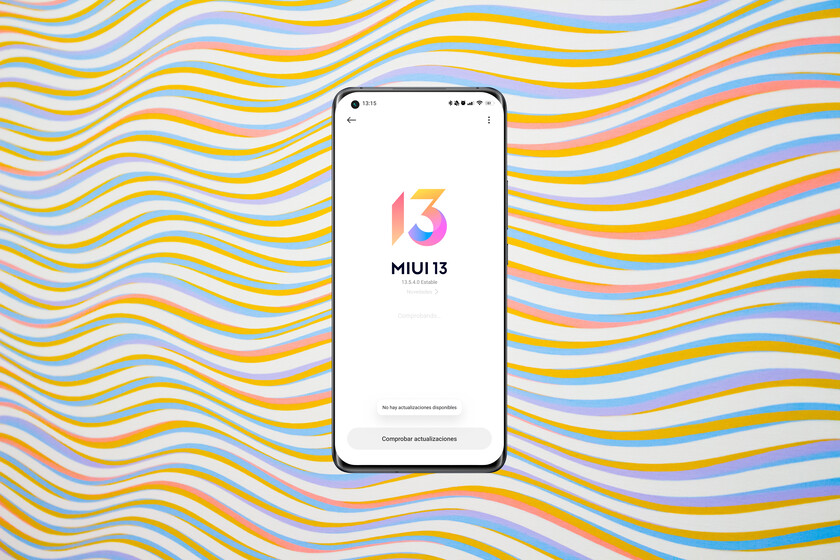 Share
Facebook Twitter LinkedIn Pinterest
As you read these lines, Xiaomi is already working on MIUI 13.5. In the same way that they already did with MIUI 12.5 Enhanced, the new update will be a good set of changes compared to MIUI 13, with improvements in performance when there is network congestion or small updates in the design of some menus and icons.

Of course, not all Xiaomi and Redmi mobiles will be able to make the jump to this new ROM. You have already asked us several times about how to update the ROM, if a bootloader is necessary and what steps to follow from the fast boot. What should be clear is that If your Xiaomi or Redmi mobile is compatible with MIUI 13, it will also be compatible with MIUI 13.5. And we tell you how to update or have the latest version.

Contents hide
1 How to upgrade from MIUI 13 to MIUI 13.5 before anyone else
2 How to update MIUI from a downloaded ROM
3 How to download the latest MIUI 13 ROM

How to upgrade from MIUI 13 to MIUI 13.5 before anyone else


To update to the latest version of MIUI follow these steps:

You will see that the system forces an update search. In this case, the operating system may tell us that no update is available.

However, we can update to the latest version, if a newer ROM is available. How? Touching five times in a row on the MIUI icon itself. By doing this we will activate new functionalities, as we will see later.

How to update MIUI from a downloaded ROM When we have repeatedly touched the MIUI icon we will see a message at the bottom of the screen that says ‘Additional feature updates are on‘. This means that you can now access a couple of secret sections. Now follow these steps:

The big question is, and where do I download the latest ROM from? We tell you right now. Every week a new MIUI ROM is compiled with minor updates, fixes and improvements. Moreover, several times a week, every two or three days, new betas are sent to users and the participants of the Xiaomi Pilot program, which you can access after filling out a form.

If you want to be one of the first users to have and test these improvements, you just have to download said ROM through some reliable software that compiles it and helps you keep each ROM organized, In addition to verifying if your Xiaomi or Redmi mobile is eligible and compatible with said ROM. The four most popular are:

Once you download the software and verify compatibility, you will see that you can download betas and ROMs from other territories such as China or Taiwan. Choose the latest version, download it and then you will only have to look for the file inside your downloads folderin order to update MIUI 13 through the OS itself, officially and totally safely.