it would take us years 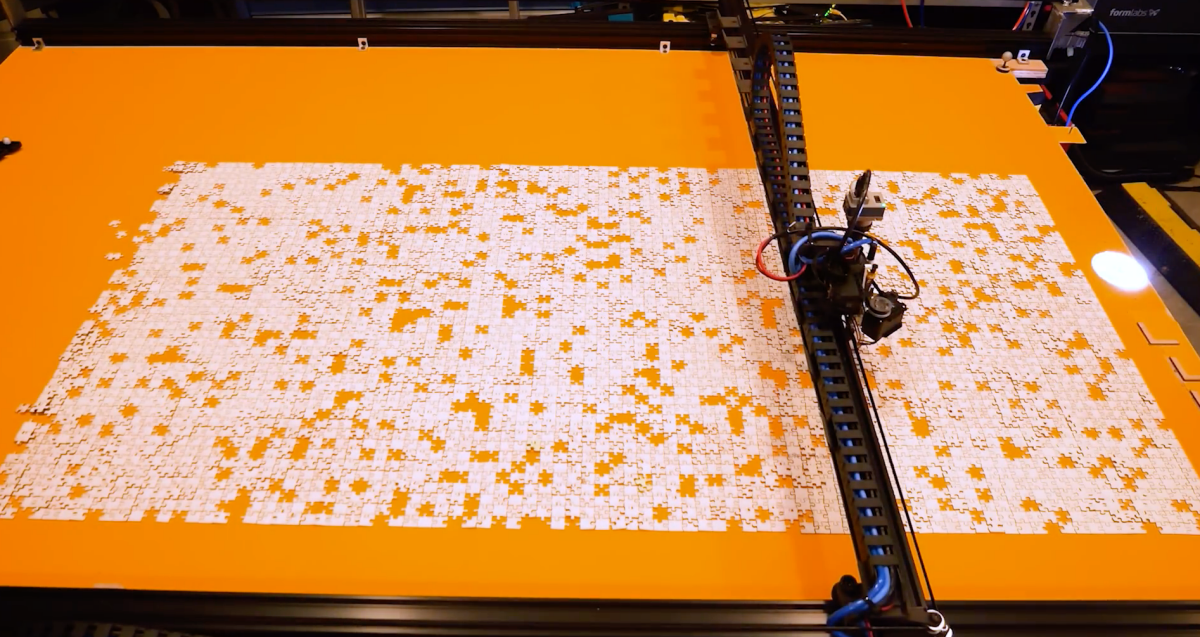 Share
Facebook Twitter LinkedIn Pinterest
Contents hide
1 Human ingenuity once again shows that machines are good traveling companions.
2 The robot that knew how to assemble puzzles much faster than any other human being exists

you might think that human beings will never reach certain levels of intelligence or that we are not prepared to duel with the machines. However, change the perspective. The inventions are created by us, so in a way, we are also the ones who are solving complex puzzles. Philosophical discussions aside, you can know by the way, the 7 philosophical questions that will never have an answer, we invite you to take a look at the robot that would make a fool of the best puzzle builder.

A puzzle of white pieces is one of the most difficult challenges in this classic game. Youtube

The person in charge of this robot and its algorithms is called Shane Wighton and his YouTube channel is one of the best examples of how Learning and entertainment do not have to be mutually exclusive.. In Stuff Made Here, which is what the channel is called, Shane is committed to using technology for mundane tasks such as painting large murals, carving pumpkins or cutting hair, however, challenge yourself against a robot to solve a puzzle really complicated we had not seen it coming.

just as you can check on video that we show you on these lines, this content creator decided on a 5,000 completely white puzzle pieces, created by himself through a laser since there are no such large puzzles in white, with which the difficulty for the robot lies in the fact that it could not be guided by a drawing, but had to do so by the shape of the pieces. You already have the first part, now you have to enter the data into the robot and this is achieved through scan of all partssomething that takes Shane about 8 hours.

The next step is program the algorithm that he will be in charge of solving the puzzle, something that is difficult for him for longer than expected, weeks. The creator delivers each piece to the machine, which will assembling the puzzle in a different way than human, since we usually start by framing it. The really interesting thing about the video is to observe how to every difficult situationfor example with the cables ruining a part of the assembly, Shane has the right resolution. What could take years to achieve ends up being solved in weeks with sweat, programming and a lot of patience.