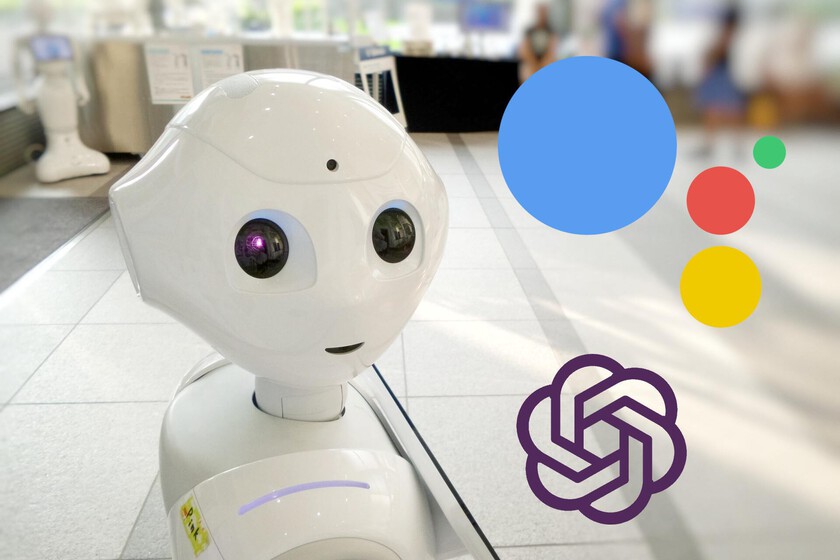 Share
Facebook Twitter LinkedIn Pinterest
These are not good times for voice assistants. On the one hand, we use them to Little more than setting timers, asking for the time, and asking for music. On the other, the bigtech they are tightening their belts: Amazon plans to lay off 10,000 workers and this setting focuses on the area of ​​​​devices (including those that integrate Alexa) and google many others. The icing on the cake is that the AI ​​threat looms over them: tells stories, explains functions and even solves doubts. And judging from our experience, it does better.


On one side of the ring, ChatGPT, artificial intelligence from OpenAI. On the other, Google Assistant with the muscle of the almighty Google. For the fight we will always ask the same question and expect a concrete and precise answer. The same thing you might expect from a person. We will only consider the first answer.

first round. An easy one: Who invented the light bulb? Classic Trivial question where they exist. While ChatGPT answers clearly, Google attributes the invention to up to six inventors, although it only returns two orally (Edison and Swan), showing the rest in images. The concretion of one against the details of another. Although it is true that all of them They are part of the history of the invention of the light bulbofficially who went down in history for this merit is Thomas Alba Edison.

second round. A complicated one: What is the capital of the country that is adjacent to Portugal? Oops. Failed in understanding for both. ChatGPT at least hits the country, but it stays halfway. Google messes up both orally and in writing.

third round. One of a kind: What is the derivative of a function? Some people use the voice assistant to help them with their class tasks. But while Google filters the available information, limiting itself to returning the Wikipedia entry, the OpenAI chat elaborates the message through it.

fourth round. One of general culture: What is the difference between a transgender person and a transsexual person? This is even more evident when the question has to do with the difference between two concepts. ChatGPT does, but Google Assistant just reads us a featured snippet that a Google search for the question returns.

fifth round. Read it carefully: Who was the first wife of Anne Boleyn’s husband? (Anne Boleyn) In this case both are correct, but ChatGPT’s response is much more natural: Google Assistant responds that “this information comes from Wikipedia” showing us the table, OpenAI elaborates the response.

sixth round. Who was Apple’s previous chief designer? Again, while Google returns us that this information is the one that comes from Wikipedia against the answer developed by ChatGPT.

seventh round. Trick question. Neutral language: Which tennis player is the one who has the most Grand Slams in history? Difference of opinions, although again Google resorts to the search engine and references its response “according to” a medium. But…

eighth round. How many Grand Slams has Serena Williams? In our experience, OpenAI’s contextualization, understanding, and concreteness beats Google’s intelligence, but it’s not perfect. A few years ago Google jumped into the fray for its racist algorithm labeling two people of color as gorillas, but before a neutral question, both intelligences have responded assuming that it was referring to men. We will have to continue training the algorithms.