Learn to write the diameter symbol with the laptop keyboard 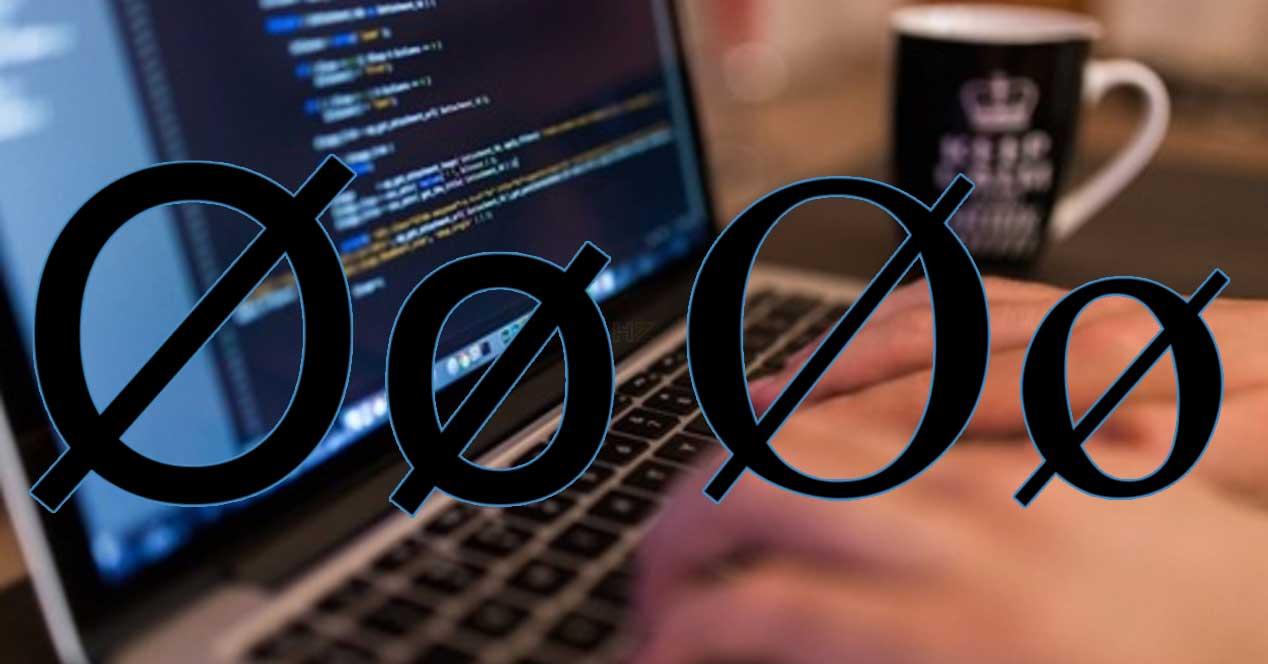 Share
Facebook Twitter LinkedIn Pinterest
You may have made a funny face when reading the headline at the head of this article, you may not know the answer to the question, but you may have also thought that who is the geek on duty who needs to know this. Well, you will be surprised to know that there are a large number of people who, for various reasons, need write the diameter symbol in its PC or laptop and that’s where we come in.

This symbol has a quite interesting tradition to its credit, since it is made up of two different parameters to create a different concept that, as we say, many use even on a daily basis for study or work needs. What you surely did not know is that this symbol, at the same time as it is used to define diameters, is a letter in three different alphabets.

Contents hide
1 A diameter symbol for PC and a letter for millions of people
2 How to write it correctly?

The symbol EITHER it is really an O with an oblique slash that crosses it, so as we anticipated it represents an inclusion of two different elements that at the same time have two meanings. Not only is it the symbol for diameter by definition, but it is also the twenty-eighth letter of the Danish, Faroese and Norwegian alphabet.

But there is more, since it serves a multitude of purposes that define the needs of users for use on the PC or laptop keyboard.

It can be used as a mark for an elliptical subject, if stretched upwards in mathematics it is used to denote an empty set, in music it is used for chords while in sound it represents phase shift or polarity symbol.

As if that were not enough, in technical drawing the symbol is the typical one for diameter, while in immunology it is abbreviated to define macrophages, not to mention uses outside of official language. Therefore, and given its uses, it is more than interesting to know how we can write this diameter symbol without complications.

How to write it correctly?

It is really simple and you will need just a second to do it, memorizing it will be something else entirely. We will only have to hold down the key ALT and with the numeric keypad of our keyboard and without releasing it press 0216 for the larger version of the diameter symbol, while if you want the smaller version you will have to press the same key ALT+0248.

There are two more options that depend on the type of keyboard layout that we have and that is simply to keep ALT pressed more 157 for the larger version or ALT plus 155 for the smaller one.

As we can see, engineers, musicians or mathematicians may need this symbol in their daily lives, or simple students who need to use it for software such as AUTOCAD, where it is more than used to define columns and different structures. But we don’t have to go that far, in computer science we use it to distinguish the ZERO from the letter Oprecisely so that it does not lead to confusion in certain environments, something basic that you may not have really taken into account.

the Logitech MX Keys Advanced wireless keyboard at only €79.47

From Smart TV to Laptop and Tablet, this wireless keyboard of Rs 530 will be connected