Motorola Edge 30 launched with special camera and display, this is the price 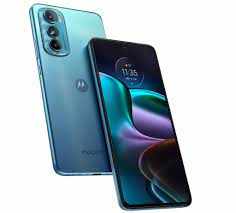 Share
Facebook Twitter LinkedIn Pinterest
mobile news desk Motorola Edge 30 has been launched and the company recently launched it in the European market. This is the successor phone of Edge 20 and it comes with 5G technology. The most special thing about this phone is that it has a 144 Hz display, Dolby Atmos and 50 megapixel camera. Customers also get fast charging support. The Motorola Edge 30 comes with a starting price of EUR 450, which roughly translates to Rs. 36,460. It is being said that the phone is expected to launch in India in May. A popular tipster recently said that the phone could be announced in India on May 5. Notably, the company is yet to confirm the launch date in India. 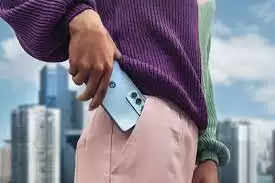 Motorola Edge 30 144Hz AMOLED Display, Size 6.5-inch. Its panel comes with FHD + resolution. Motorola Edge 30 is equipped with Qualcomm Snapdragon 778G+ chip. It runs on Android 12 OS out of the box. The device also has stereo speakers with Dolby Atmos support. For the camera, Motorola has given the Motorola Edge 30 a triple rear camera setup, which includes a 50-megapixel primary camera sensor with OIS support. Apart from this, it has a 50-megapixel ultraviolet-angle camera which doubles as a macro camera. The rear camera setup has a 3 megapixel camera for third depth sensing. There is a 32-megapixel selfie camera on the front of the phone for selfie.

Tecno Camon 19 Pro 5G will be launched in India soon, will get 64 megapixel camera