Motorola’s very light and slim Smartphone coming to increase the heartbeat! Launch may happen on this day 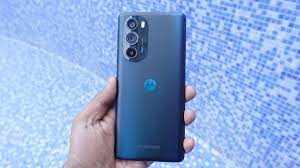 Share
Facebook Twitter LinkedIn Pinterest
mobile news desk Smartphone brand Motorola is going to launch a new smartphone Motorola Edge 30 in the coming days. There is no official information about the price and when it will be launched in India. Let us tell you that the information about the features of this phone has been revealed from the leak. Let’s know about this phone. As we mentioned earlier, the details of this phone have not been officially disclosed. Tipster Mukul Sharma says that Motorola’s very light and thin smartphone Motorola Edge 30 is being launched in India on May 12. This smartphone can be equipped with many attractive features at a low price.

Let us tell you that this smartphone has been launched in many markets of Europe, from which the features of this phone can be estimated. In Motorola Edge 30, you get a 6.5-inch FHD + AMOLED display and a refresh rate of 144Hz. This smartphone can work on the octa-core Qualcomm Snapdragon 778G + processor and you can get 256GB of internal storage with up to 8GB of RAM. Let’s talk about the camera of this upcoming Motorola smartphone. In this phone, you can get a triple rear camera setup which may include a 50MP main sensor, 50MP ultra-wide camera and 2MP depth sensor. You can be given a 32MP selfie camera in this smartphone. In terms of price, Motorola Edge 30 can be sold in India for around Rs 30,000, but at the moment this price or features have not been confirmed.