No more charging your electric car, you will soon be able to replace the battery in 5 minutes 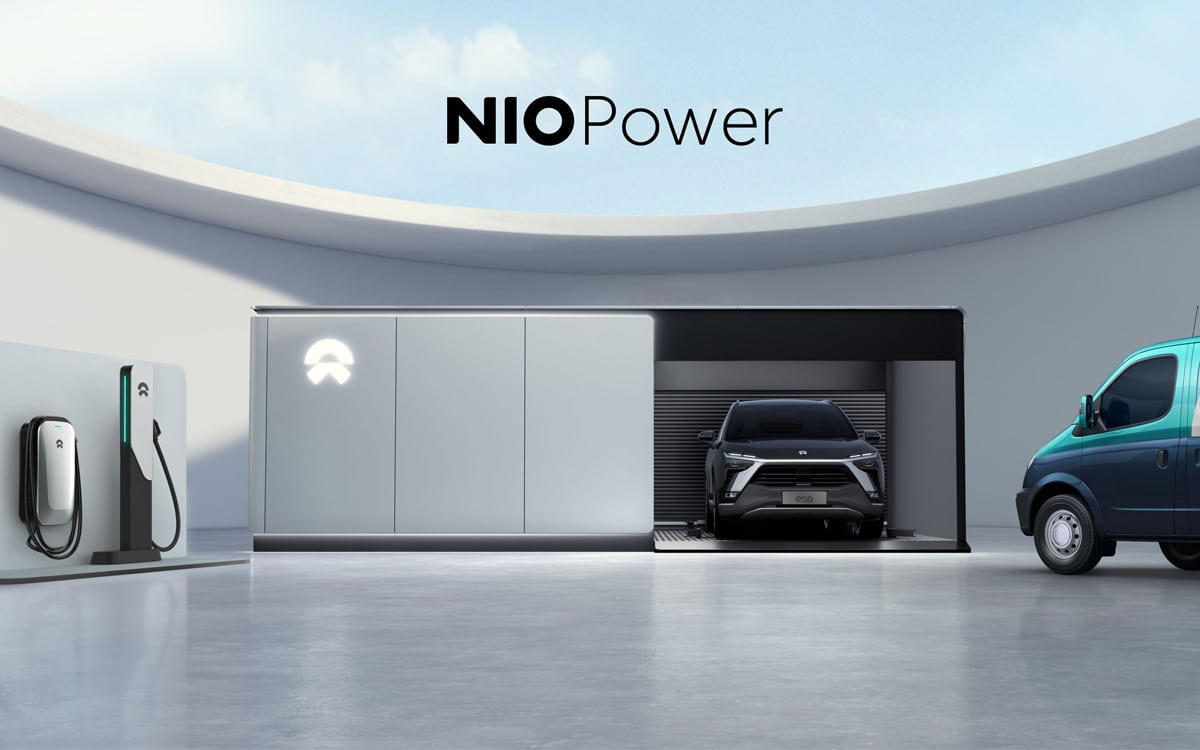 Share
Facebook Twitter LinkedIn Pinterest
Nio, the car manufacturer also specializing in battery charging, has just deployed its first Power Swap Station in Germany. This revolutionary technology makes it possible to remove the empty battery from your vehicle and replace it with a new one in just five minutes. A release in France is also planned.

In addition to their range, the charging time of electric car batteries is a central question for all converted motorists. While many still choose to carry out the operation at home on their own electricity network, others opt for one of the 50,000 charging stations available in France. Also, researchers have been working on the task for several years to obtain new records, with certain technologies even allowing a recharge in just 9 seconds.

But these innovations are not yet available at the moment, forcing drivers to settle for existing solutions. This is where Nio comes in. The Chinese company has indeed made a sensational entry into Europe via Norway with its revolutionary charging technology. In this case, here, we should rather speak of replacement. Indeed, the concept is simple: drop off your car at the station, leave your empty battery there, drive off with a new one.

Called Power Swap Station, this system has two major advantages. The first is that of time, since it takes only 5 minutes for the station to completely replace a battery. The second is that the driver does not even need to get out of his car, since the operation is done automatically. We then understand the success met by Nio in Norway, which today allows it to expand into Germany.

On the same subject: Will electric cars soon be deprived of charging stations to save energy?

Indeed, our neighbors across the Rhine have seen the arrival of their very first exchange station signed Nio. It can accommodate up to 13 vehicles simultaneously, with a capacity of 312 exchanges per day. With more than 10 million “recharges” now made, the firm no longer hides its ambitions. In Europe, the next countries to receive the Power Swap Stations will be the Netherlands, Denmark and Sweden.

And France in all this? The country is indeed in Nio’s sights, but no deployment date has yet been communicated. Meanwhile, the company is preparing other projects. Another version of its Power Swap Station to start with, faster and more efficient, but also the marketing of ET5, ET7 or even ES7 cars. Finally, it is rumored that new charging stations (genuine, this time) with a power of 500 kW are in development.