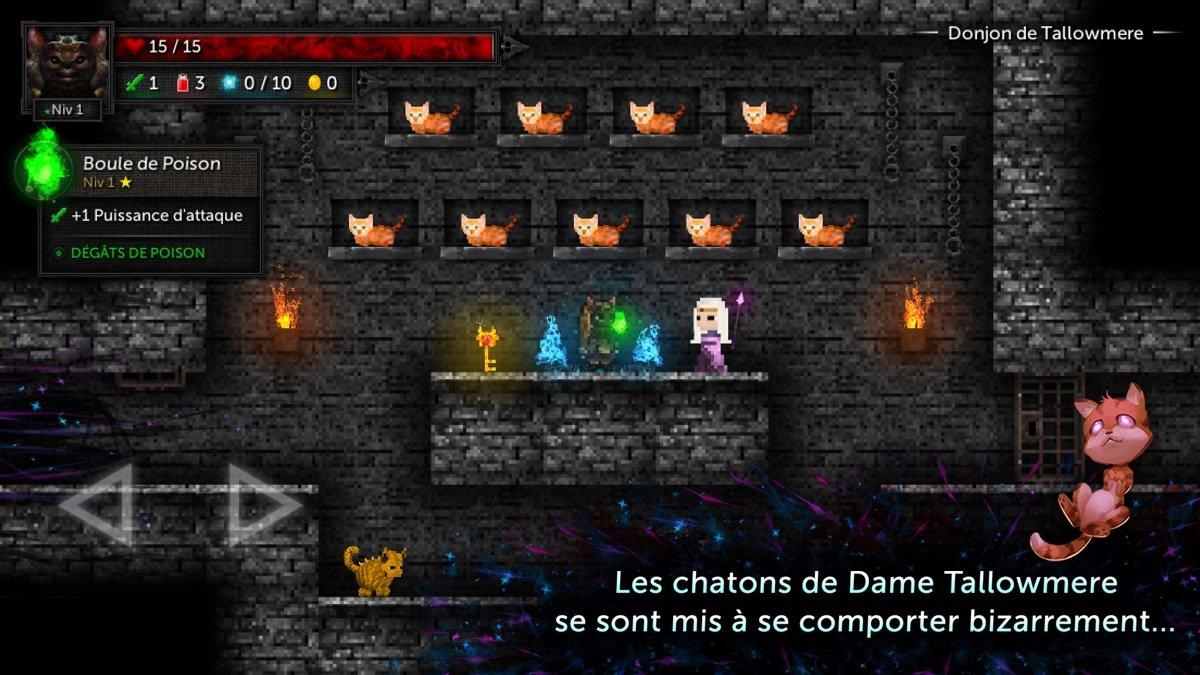 Developer Chris McFarland’s original Tallowmere launched on mobile way back in 2015, and despite its qualities (and its inspiration from The Binding of Isaac) never saw much success, particularly due to its high difficulty. Today, its sequel, Tallowmere 2, is about to land on our mobiles with several improvements.

For the record, Tallowmere was a true rogue-like dungeon crawler, played side-view like a platformer. It has been compared to Dark Souls because it is a very difficult game that requires preparation, strategy and reflexes. If you try to dash your way through, you will quickly die. Also, every game is different and death means losing everything and starting over.

But ultimately, Tallowmere’s big appeal was in its variety with tons of loot, enemies, and goofy situations.


Lady Tallowmere’s kittens have started behaving strangely. Still, the dungeon ritual must take place. Despite the unusual circumstances, how long will you last?

Tallowmere 2, being a sequel, takes what worked in the first game, but takes it a step further. More loot, more enemies, more mechanics, etc. And if the first Tallowmere was not exactly a graphic masterpiece, it had its own charm thanks in particular to well-felt particle effects. Tallowmere 2 has the same unmistakable look, but its graphics are overall more detailed to please the eyes. Watch the video trailer:

Beyond aesthetics, probably the biggest new feature in Tallowmere 2 is cross-platform online co-op play. The first installment offered co-op on the same device if both players had their own controller, but this sequel will allow you to connect and play with your friends or your enemies, whether they are on mobile or on the PC version, which came out a few years ago.

Another cool feature of Tallowmere 2 is that it’s free to download with just one in-app purchase to unlock everything. For fans of the series and newcomers alike, you can dive into the game when it releases next week, September 30. iOS gamers can pre-order the game on the App Store and Android users can find it on the Google Play Store.

The Xiaomi Smart Band 7 is much cheaper today than when it was launched. The…