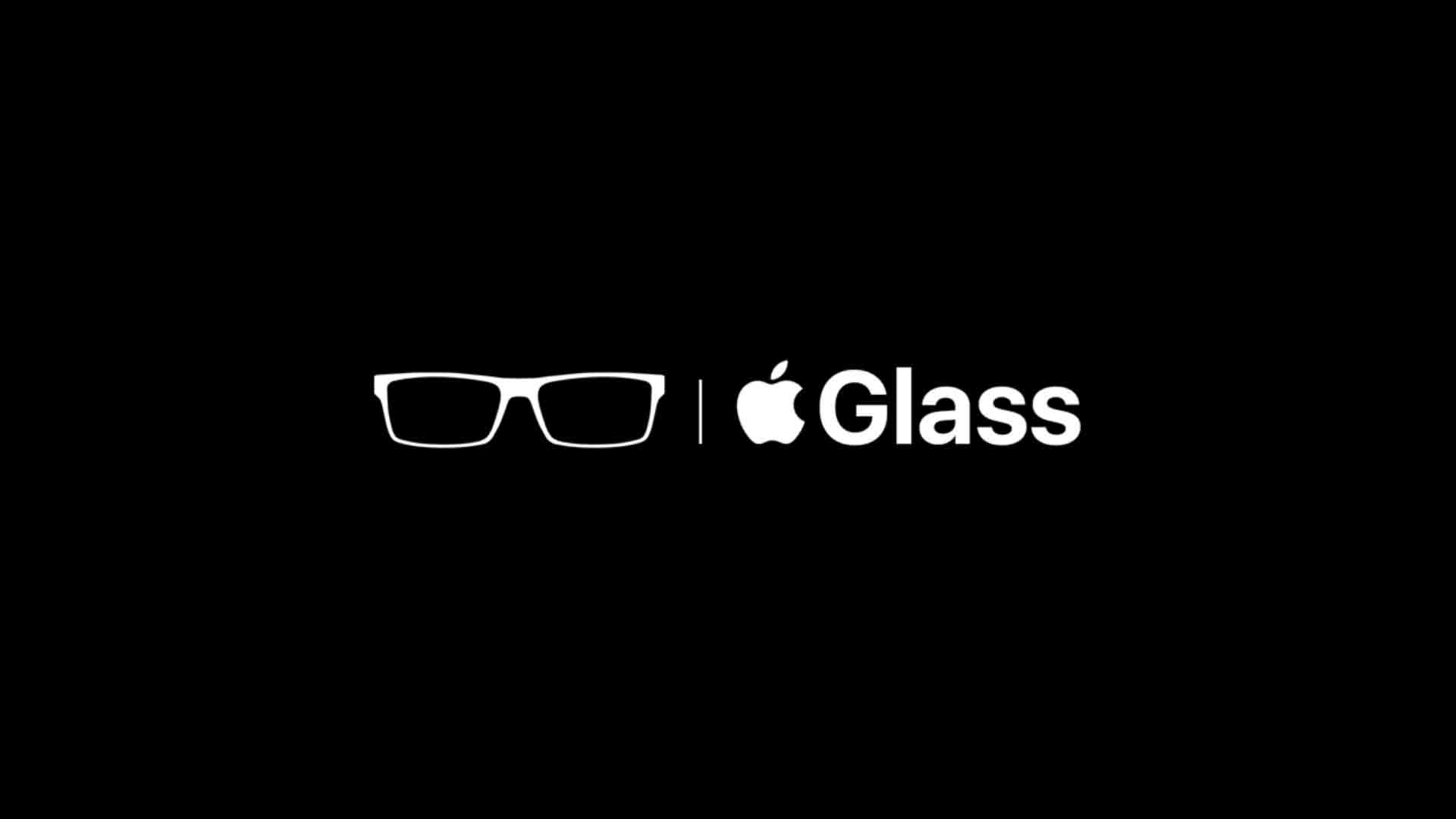 Apple’s smart glasses have been rumored for several years. We take stock of what we already know about the manufacturer’s first mixed reality glasses.

The connected glasses sector is still in its infancy. It must be said that the various manufacturers who have embarked on it all offer very different experiences from each other. If Google first launched augmented reality glasses with its Google Glass, in 2014, Snapchat mainly saw the possibility of capturing videos to share on social networks. An approach taken up by Meta with its Ray-Ban Stories. Other manufacturers, like Bose, content themselves with integrating loudspeakers into the branches of their glasses to transform them into bone conduction headphones.

As is often the case in the field of technologies, this market could however be turned upside down in the coming years when Apple launches there. As the manufacturer did with the iPad or with the Apple Watch, Apple could set the standard for connected glasses in the years to come thanks to its future Apple Glass. We take stock of all the rumors and the few information known at this stage.

What design for Apple Glass?

It’s been five years that the Apple Glass regularly redo talk about it, without however that we really know what to expect. The only thing that seems certain is that it should be very light weight glasses capable of running mixed reality applications. Mixed reality is, in fact, a form of augmented reality that relies on the elements around you – which you can therefore perceive or whose virtual elements take the forms – with other three-dimensional elements displayed in overprint. The most telling example is that of Microsoft’s Hololens headset, sold for professionals.

Initially, the first rumors counted on two distinct devices: connected glasses on the one hand – which would depend on a computer or an iPhone to manage the graphics power – and a standalone mixed reality headset on the other – more cumbersome and heavier, but more efficient.

For the past few months, the various information that has arisen about Apple Glass finally seems to be moving towards a single pair of glasses that would take advantage of the best of both worlds. The Apple Glass would thus be real connected glasses, with integrated graphics power – and which would therefore not depend on an external device, we will come back to this – but with a design that is compact and comfortable enough to be worn outdoors without discomfort. This choice of a single product would be the result of lively debates between Jony Ive, former head of design at Apple, and Micke Rockwell, head of the AR / VR project at Apple, who initially wanted to make it a product intended for professionals. According to the website The Information“Ive pushed for a standalone version of the headset since the project’s inception, according to a person familiar with the matter. Eventually, Apple executives sided with him“.

However, unlike Google Glass, the idea would not be to only have information displayed superimposed in a corner of the field of vision. The Apple Glass would be a full-fledged virtual reality headset that would rely on 14 cameras facing both outside and inside. Enough to allow the system to film the user’s environment to model it virtually and add different elements to it, including shapes as well as distances or proportions.

However, it remains to be seen whether Apple will be able to offer a format as compact and comfortable as simple connected glasses. We think of the Snapchat Spectacles or the Ray-Ban Stories of Meta whose fairly versatile design allows them to be worn at all times without being noticed too much.

What features for Apple Glass?

The fact of wanting to make Apple Glass a completely autonomous product, which requires that the graphics be produced locally – and not by a computer or an iPhone –, logically brings major constraints.

To generate images with sufficiently immersive graphic rendering, Apple therefore had to integrate particularly high-performance components within its Apple Glass. Luckily, Apple has spent the past few years pushing the performance and battery life of mobile processors. First with Apple A chips available on iPhone then with ARM Apple M processors (M1, then M2), available on Mac and iPad. The manufacturer now offers some of the most powerful chips on the market, achieving impressive graphics power without sacrificing battery life.

High-end chips, equivalent to the Apple A and Apple M

While analyst Ming-Chi Kuo indicated in 2019 that Apple Glass would be a simple iPhone accessory, used as a remote display, the most recent leaks rely more on a standalone headset using a high-end chip. In November 2021, the analyst thus changed his tune, indicating that Apple Glass would achieve the same performance as a computer: “They have the same computing power as a Mac, can work independently without Mac and without PC and can run many applications and not only specific uses.“.

Above all, the performance expected for Apple Glass to be able to function properly is much higher than that of an iPhone. Glasses must not only analyze images, but also generate images for each eye.

At the beginning of 2022, Ming-Chi Kuo went even further by detailing the configuration of the glasses. According to him, the product should carry two processors: a first engraved in 5 nm, similar to the Apple M1, and a second, engraved in 4 nm, which would deal in particular with managing the many photo and video sensors integrated into the eyeglasses.

It must be said that the ambition seems particularly high for Apple, which would hope to make its headphones a stand-alone product in its own right which could, in the long term, replace smartphones in daily use.

To accompany its first connected glasses, Apple would have developed a brand new interface dedicated to mixed reality. Baptized “realityOS“, it has already been talked about, not only in rumors of the hallway, but also as a registered trademark. On December 8, 2021, Apple filed the realityOS name with the USPTO, the US intellectual property office. In fact, the trademark was in fact registered by “Reality Systems LLC“, but the address of this company does indeed correspond to that used by Apple for all of its trademarks and patents.

We have known Apple to be more discreet about its product projects. In addition to filing the trademark, the firm would also have slipped the name of realityOS in several lines of code deposited on GitHub. Even if this track seems less probable – because of the possibility for a false account to make a request – it corroborates the information of the journalist Mark Gurman, generally very well informed on the projects of Apple, who evoked this new operating system from 2017.

As for the features offered by this operating system – and therefore by Apple Glass – we can only speculate for the moment. If expectations were high for a presentation in June 2022 during WWDC – the Apple conference dedicated to developers – the manufacturer has finally kept its secrets to itself… at least in appearance.

In fact, there have been many features presented by Apple that could be related, directly or indirectly, to what Apple’s connected glasses would need. This is obviously the case with ARKit 6, the sixth version of Apple’s augmented reality solution, already used on the manufacturer’s smartphones and tablets. This sixth version notably improves motion capture. RoomPlan allows you to create a 3D environment based on the dimensions and furniture of your interior. Of course, this can make it possible to model a 3D version of your living room, but we can very well imagine, in the long term, a use of this modeling to create a distinct environment there, or even to add elements in augmented reality. The same goes for Live Text and Quick Actions, but also for the Metal 3 3D engine, which could have a lot to do with augmented reality. Finally, note that even the widgets now integrated into the iPhone would have their place in virtual or mixed reality glasses to display information to consult at a glance.

As we saw earlier, the first rumors about Apple connected glasses emerged in 2017. However, they have accelerated since 2020, with the mention of a virtual or mixed reality headset which would precede the launch of glasses. ‘Apple.

When will Apple Glass be released?

A time envisaged for an announcement in the course of the year 2022, during the WWDC conference in the spring, it is clear that the helmet was not finally unveiled on this occasion. According to information from Mark Gurman, of the Bloomberg agency, its launch would have finally been postponed to 2023: “Apple is considering pushing back the launch of its mixed reality headset by at least a few months, potentially delaying its first new product since the Apple Watch in 2015, according to people familiar with the matter“. At the end of May 2022, Ming-Chi Kuo indicated that “it will be a while before Apple’s AR/VR headset goes into mass production“.

Previous rumors indicated that Apple’s mixed reality glasses, the famous Apple Glass, would not be released until one or two years after the manufacturer’s helmet… unless it was one and only. model, in which case the glasses could see the light of day as early as next year.

How much will Apple Glass cost?

As for the price of Apple Glass, this will largely depend on their performance and on-board technologies. If the leaker Jon Prosser initially mentioned a sale price of 500 dollars, or 485 euros excluding tax, these predictions were above all based on what we knew about glasses in May 2020. Since then, it seems that the manufacturer has decided to make its glasses a product in its own right – and not a simple accessory – and it is easy to imagine a price that is close to, or even exceeds, 1000 dollars.