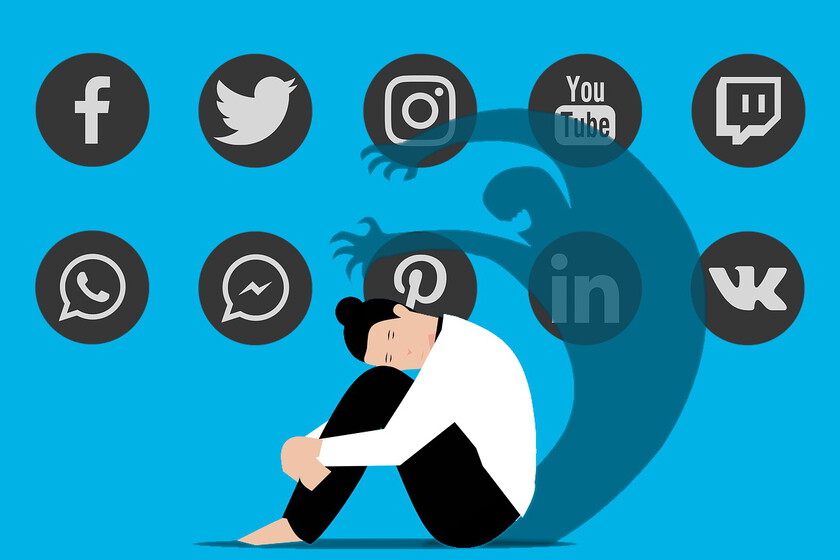 “Take a break from social media, even if it’s just for a week.” Would you be surprised if someone asked you something like that? What if I told you it’s for a scientific study on mental health? Well, that was exactly what a team of researchers from the University of Bath (United Kingdom) asked the volunteers who participated in it.

For many of them, this meant suddenly have up to 9 hours off per week that they would otherwise have spent scouring networks like Twitter, Instagram, TikTok or Facebook. And the results of this change in routine have just been published in the American journal Cyberpsychology, Behavior and Social Networking.

In summary? An almost total absence of just one week from social networks is capable of causing significant improvements in a person’s well-being, reducing symptoms of depression and anxiety. In fact, according to the study authors, in the future, it could be recommended as a way to help people manage their mental health.

From one hour a day to three minutes (on average)

Participating in the study 154 people between 18 and 72 years old, all of them usual social networks. The participants were randomly divided into two groups: the intervention group (those who had restricted access to the networks) and the control group (those who continued with their daily routine).

To ensure that the volunteers respected the imposed, researchers had access to screen usage statistics, via the ActionDash (for Android users) and ScreenTime (for iOS users) apps. Thus, the average time on networks was reduced from an average of 7 hours per week to only 21 minutes (about 3 minutes per day).

In addition, baseline scores for anxiety, depression, and well-being were taken at the start of the study. After one week, users who had taken the ‘network break’ showed significant improvements in well-being, depression and anxiety compared to the control group, suggesting the existence of short-term benefits.

In the United Kingdom, the number of adults using social media has increased from 45% in 2011 to 71% in 2021…a figure that rises to 97% in the 16-44 age demographic. Jeff Lambert, principal investigator of the study, explains:

“Many of us spend our time on social media almost mindlessly, from the moment we wake up until we close our eyes at night. We know that social media use is huge and that there are growing concerns about its effects on Mental health”.

“Many of our participants reported positive effects of being off social media with a better mood: this suggests that even a short break can have a noticeable impact”

Now, based on what was discovered in this study, the researchers want to undertake derived studies to check if the positive effects increase or are maintained in the long term, as well as how the effect that this ‘digital diet’ has on specific groups (minors, people with physical or mental conditions…).