Samsung’s next flip smartphone’s external screen will get bigger 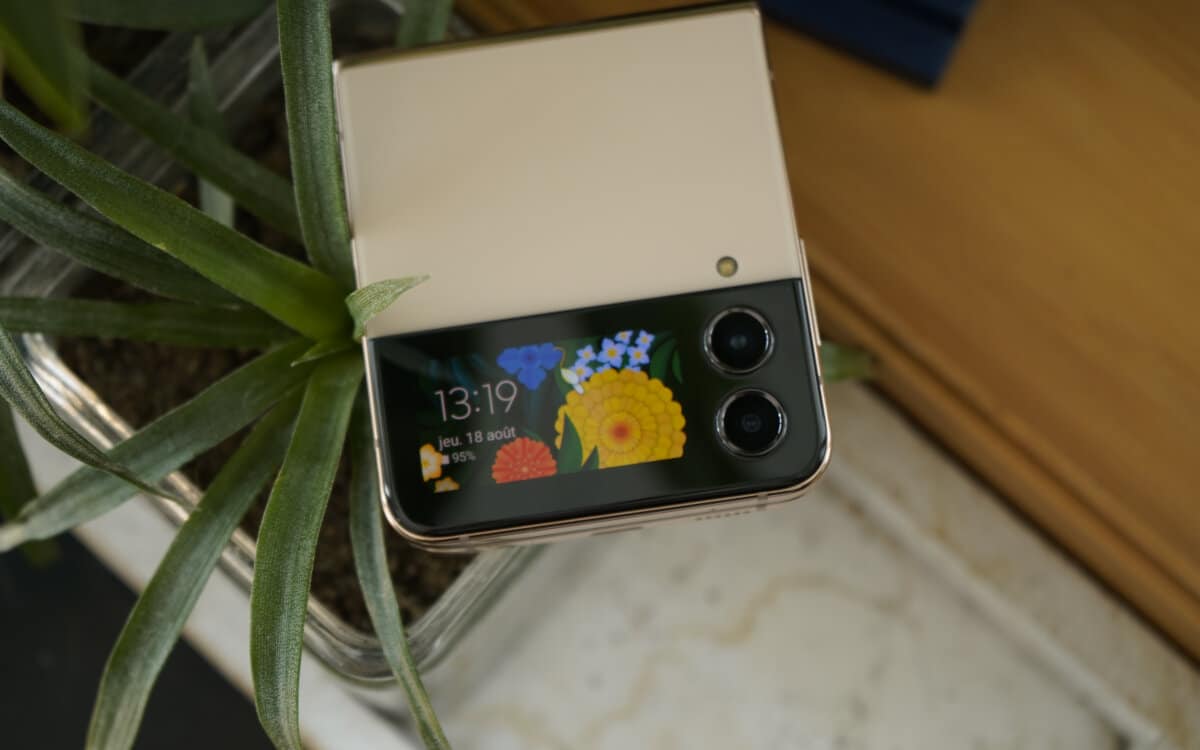 Share
Facebook Twitter LinkedIn Pinterest
We don’t expect Samsung’s Galaxy Z Flip 5 foldable smartphone until at least next summer, but we now know a little more about its design as well as its technical characteristics.

Last August, Samsung officially launched its Galaxy Z Flip 4, one of the most successful foldable smartphones on the market. Given the Korean manufacturer’s experience in the field, its design and performance were much more interesting than its competitors, but that made several generations that the smartphone did not offer a really different experience compared to its predecessors.

That may soon change with the fifth generation of the flip smartphone. Indeed, according to information from Ross Young, one of the most informed analysts in the industrythe next Galaxy Z Flip 5 will be entitled to several welcome improvements.

Galaxy Z Flip 5 screen crease is going to be reduced

First, Ross Young announces that Samsung will opt on its next generation for a completely redesigned new hinge. This allows Samsung to greatly reduce the crease in the middle of the screen, which was still a little visible on the current generation. Ross Young announces that the fold will be more discreet when looking at the smartphonebut it is currently unknown if this will also be the case to the touch.

In addition, the analyst announces that the Galaxy Z Flip 5 will benefit from an even larger external screen. As a reminder, the Galaxy Z Flip 4 uses a second screen of only 2 inches, which allows you to quickly consult its notifications, but not to be used in the same way as the main screen.

This could change with the next generation, since the Galaxy Z Flip 5 will be equipped with a screen larger than 3 inches, an increase of more than 50% compared to the current smartphone. We therefore hope that this screen will become even more useful than it already is. Other competitors such as Oppo are also preparing to launch their own devices in our market. Yesterday, for example, we were able to discover on video the Oppo Find N2 Flip, which will use a gigantic external screen.