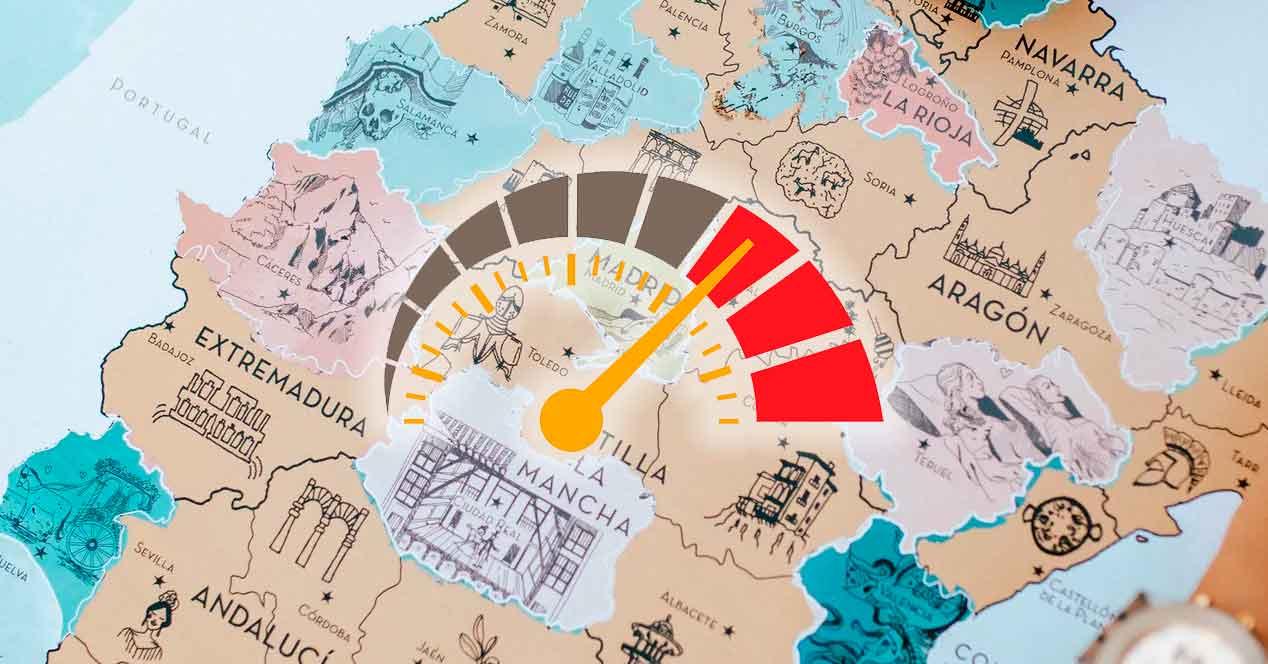 Share
Facebook Twitter LinkedIn Pinterest
Among the factors that determine the quality of Internet browsing speed are many. One of them is the geographical place where you are, since the fiber optic coverage is not complete in the national territory and its availability and speed performance varies by province.

A new fair internet report has analyzed our Internet connection speed results according to various parameters such as operator or geographical location. Today we are going to stop at this last criterion to congratulate Lleida and wish Palencia better luck.

Contents hide
1 From Lleida to Palencia, faster and slower province
2 Results of the big operators

From Lleida to Palencia, faster and slower province

This report collects data from 118 ISPs available in our country, so it covers both the four major operators (Movistar, Vodafone, Orange and MásMóvil), as well as other smaller and local ones that may have better conditions in a given place at the cost of of reduced coverage. Observing these data, Lérida is the fastest province in all of Spain in average speed. Palencia would be the last in this same aspect.

The complete list of provinces and their position within the national territory is as follows.

In terms of speed peaks, Madrid seems to dominate with 6151.9 Mbps, corresponding to Digi’s Smart fiber. The Spanish speed moves between ranges of 51.76 to 294.61 Mbps.

Results of the big operators

This report also reflects interesting data on some of the 118 Internet providers that operate in our country. For example, Movistar is the operator with the largest number of users in all of Spain and is placed as the tenth with the best average speed. Its maximum reflected speed is 1265.48 Mbps and its average speed range is between 46.49 and 304.38 Mbps.

Orange is the only one that would be above Movistar in this ranking, in eighth position, with a maximum speed of 2899.6 Mbps and average speed ranges between 63.2 and 300.28 Mbps. Below are Vodafone and MásMóvil in 14th and 15th position, respectively.

The spectrum of speeds is quite uneven within the national territory. If we look at the graph, we will see that there is the same percentage of very slow Internet speeds (below 10 Mbps) than slow (from 10 to 30 Mbps) or very fast (above 300 Mbps). The most significant section is the one of fast speed to dry (80 to 300 Mbps), which covers 31% of broadband customers in Spain.