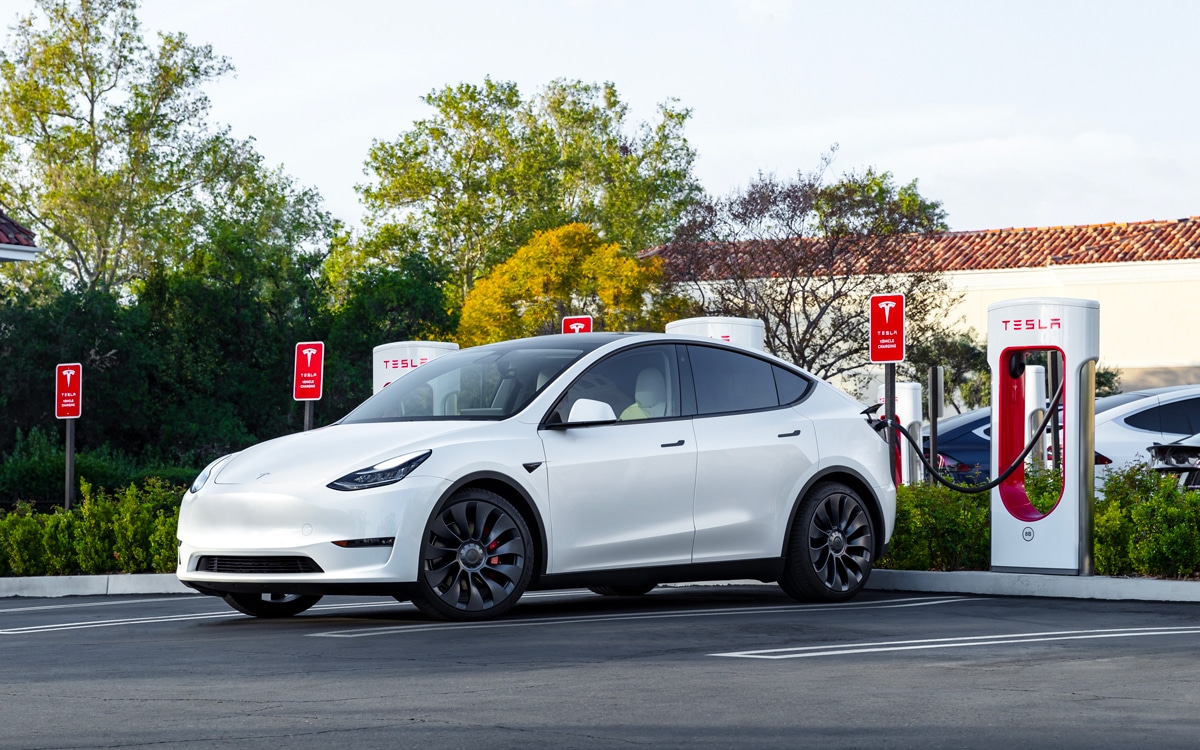 Share
Facebook Twitter LinkedIn Pinterest
Faced with the explosion in the price of electricity on the wholesale markets, Tesla has no choice but to drastically increase the prices of charging on Superchargers in France. The kWh is now at €0.67, an increase of more than 36% at certain stations.

That was to be expected. With energy prices rising, it was only a matter of time before charging station operators raised prices at their terminals. Remember that in France, the price of the megawatt hour has exceeded 1000 €compared to only €85 in the same period in 2021.

However, we have just learned that Tesla made this price increase on his Hexagonal Superchargers tonight. Indeed, the price per kWh has now risen to €0.67 anywhere in the country, while the charging price for vehicles from other manufacturers is now €0.79, and this regardless of the power level of the terminal.

Thus and depending on the stations, this represents a significant increase in prices, which can exceed 36% in some cases. This is particularly the case for the Superchargeur station in Poitiers, which recorded a 36.7% increase in the price of recharging. Until then, the price per kWh was set at €0.49, and this average cost was also found in many Supercharger stations in France.

Also read: Electric cars – the explosion in the price of electricity threatens the sector

Tesla raises the prices of Superchargers, it was to be expected

Tesla has already warned users by email. “Due to an increase in energy prices, we are adjusting the prices for Superchargers in Europe. For charging prices, tap the Supercharger map icon on your vehicle’s touchscreen and select a Supercharger station”, explains the manufacturer in his email.

In concrete terms, for users who are used to “filling up” with 60 kWh, i.e. the equivalent of a range of 315 km for a car consuming 19 Wh/km, the bill takes around ten euros to increase to €40.2. As our colleagues from the specialized site Caradisiac remind us, the cost of a similar trip with a diesel car consuming 6.5 liters per 100 km would amount to around €35 ​​(with the liter of diesel displayed at €1.7).

Note that Tesla is not the only one to have increased its charging prices. This was the case for Allego in June and September, and a new rate increase is also planned for October. However, some operators have decided to maintain their current pricesuch as Ionity or EDF on terminals operated by the Izivia subsidiary.

Audax Renovables and emovili have come together to offer customers of the energy firm installation,…

In many cases it can be something temporary that is solved in a short time,…

These are all the reasons why you should never turn off your router at night,…

twitter, has many problems for a long time. Company Elon Musk He does not fall…