thanks to Elon Musk, Jesus finally has his account certified 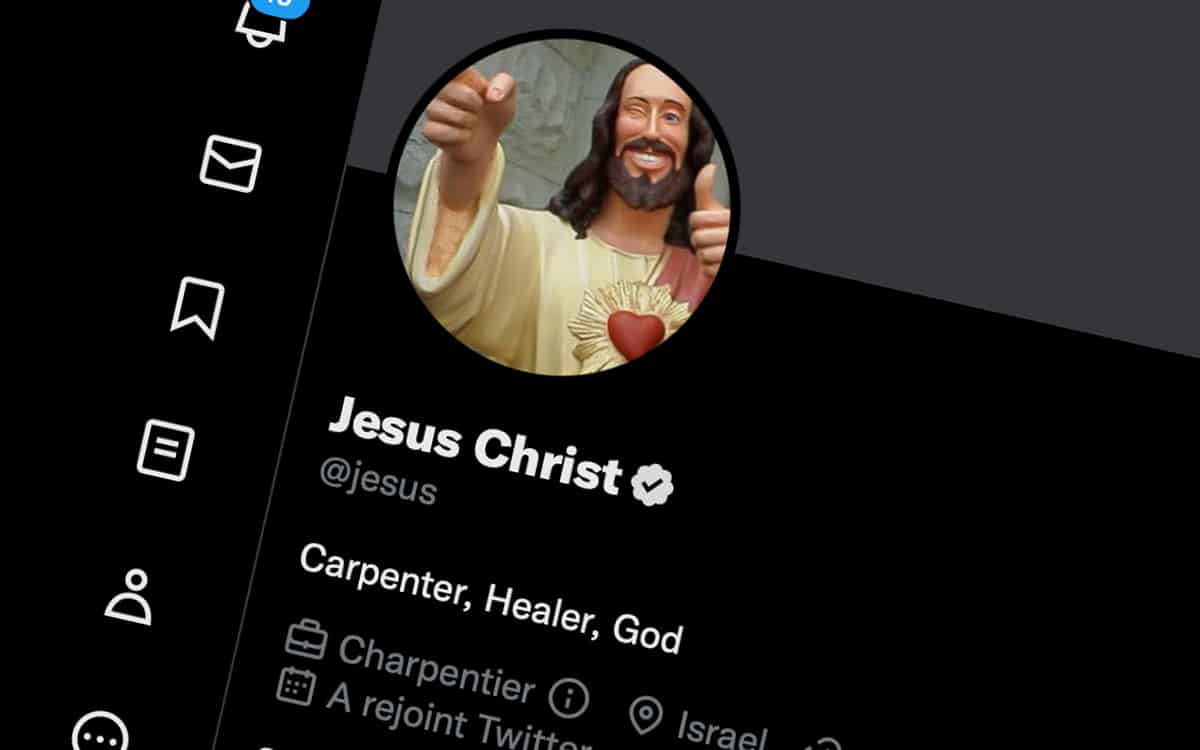 As you may know, the arrival of Elon Musk at the head of Twitter took place in the greatest of crashes between the layoffs of half of the employees and a large part of the executives, profound changes to the within moderation, and the establishment of the already decried $8 per month certification system.

Very quickly, many users around the world demonstrated the limits of this system by obtaining the precious certification on fake accounts. We remember, for example, the fake Nintendo of America account which shared a photo of Mario in a vulgar position.

Our colleagues from the Business Insider site have just relayed another story which highlights the stupidity of the process put in place by Elon Musk. As you may know, one can find many parody accounts on Twitter. It is for example the case of the account of jesus christwhich has been run by an anonymous user for 14 years now.

Journalists spoke with the account owner, who thanks to the new $8 certification, was able to obtain the valuable verified account badge. “I have had the Jesus Twitter account for 14 years. Even though I’ve had it for so long, I wasn’t sure I could get it checked out. I had made verification requests before and they had been rejected, but when Elon Musk changed the certification rules and one could subscribe to Twitter Blue and buy a verified account, I knew that it was it was my time. It was immediate.” he says.

He pursues : “Somehow I had the Jesus account verified to show how absurd the new verification system is. Frankly, it’s obvious, I’m not Jesus. He doesn’t have a Twitter account, so why can I be certified? It does not make sense”.

As a reminder, among the latest controversies around Twitter, the social network has restored the account of former President of the United States Donald Trump. For the moment, the billionaire is still not back on the blue bird.