The 10 Movistar Plus+ series you should have seen in 2022 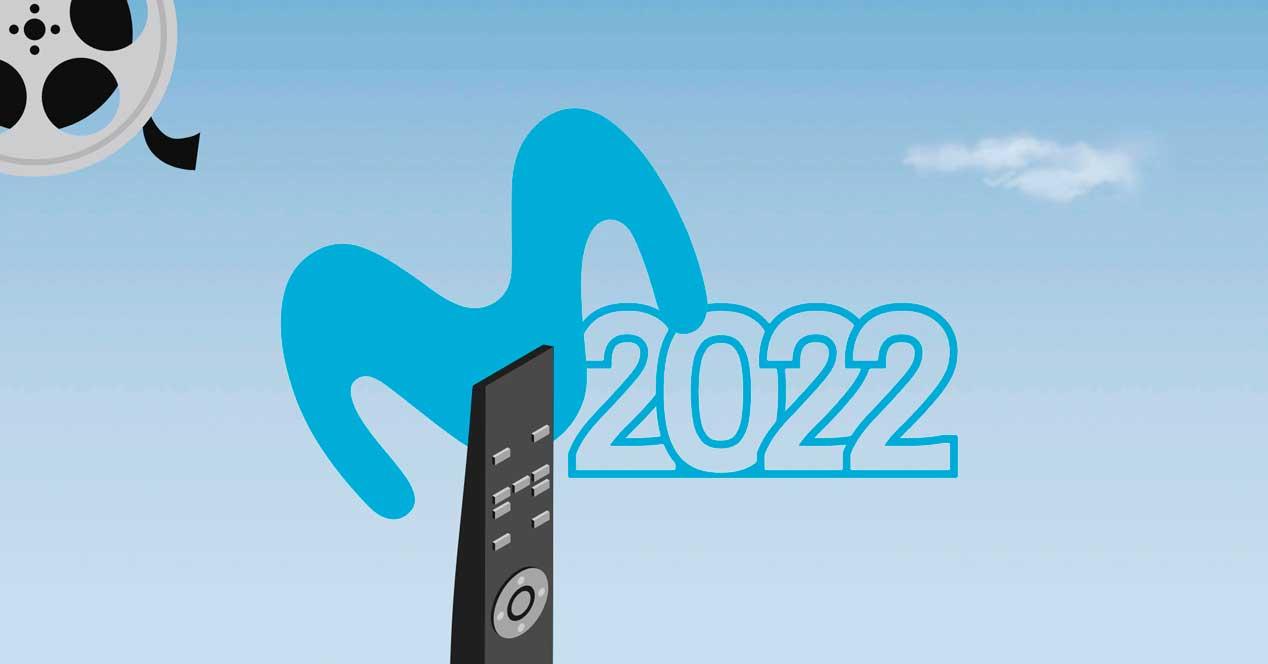 Share
Facebook Twitter LinkedIn Pinterest
See Blackout in Movistar+
Contents hide
1 locomia
2 We apologize for the inconveniences
3 Everyone lies
4 RAPA
5 The inmortal
6 Others premieres 2022
6.1 The Maxwell Empire
6.2 this is going to hurt
6.3 The cleaner
6.4 Around the World in 80 Days

In Spain’s struggle to progress and modernize, this group from the late eighties and early nineties makes an appearance with their own music and style. A documentary miniseries of only three episodes that shows from within, how is the music industry and how this group, now so well known, caused discrepancies even among its own components. A good option for music fans who can discover much more about these years, about the movement, about everything related to this era.

See Locomía in Movistar Plus

We apologize for the inconveniences

if you are looking laughter and disconnection, “We are sorry for the inconvenience” is one of those series that makes you forget about your problems. An acclaimed bandleader and an old rock legend resist growing old and rebel against an increasingly young society. A funny comedy that talks about old age, about accepting old age, about the things we can no longer do. In the style of “The Komisnky Method” on Netflix, these two musician friends live a new stage in their lives through humor, resignation and irony.

Antonio Resines and Miguel Rellán bring this pair of musician friends to life in this series of short episodes that is undoubtedly one of the best Spanish series on Movistar+ in 2022.

See We are sorry for the inconvenience in Movistar+

This thriller directed by Pau Freixas arrived on Movistar Plus in January and has become one of the best Spanish series on the platform. This Movistar+ series takes us to belmonte, a coastal urbanization that will witness the publication of a sex video and a crime. Six chapters full of secrets and drama, in a town where all its inhabitants have something to hide and in which we will see Natalia Verbeke and Irene Arcos as main protagonists but accompanied by a luxury national cast with Amaia Salamanca, Miren Ibarguren, Ernesto Alterio, Juan Diego Botto…

See Everyone lies in Movistar Plus

Waiting for the premiere of its confirmed second season, this intriguing series takes us to a Galician rural area called A capelada. Although at the moment there is only one season of six episodes lasting about fifty minutes, the second is confirmed.

RAPA tells us what happened after the murder of Amparo, the mayoress of the town. A civil guard sergeant and a simple teacher will be responsible for investigating the case that has taken away the tranquility of the town. Javier Camara and Monica Lopez They will put the tension in this Spanish thriller released in May 2022 and you can see it if you have a Movistar Plus+ subscription and you are looking for a police series, a suspense… a series to get hooked on.

The world of drug trafficking and secrecy that it houses provokes curiosity in the viewer and there are many series and films that deal with this subject. In this case, the theme revolves around El Immortal, head of the Miami, a band that in Madrid in the 90s had control of cocaine and the nightclubs in the capital. A series of intrigue and action that will immerse us in the night Madrid of the nineties, in drugs, the party.

See The Immoral on Movistar Plus+

Beyond the original and national series, there are other Movistar Plus+ series that you can watch this year and that are an excellent option if you have the platform and are looking to catch up.

Robert Maxwell was one of the world’s media moguls and managed to build an empire out of nothing. Although all that glitters is not gold because the success of this family hides a series of controversies, secrets and even crimes that involve a story that few know. All this can be seen in this documentary series that reviews the rise and fall of the communications magnate in three episodes full of money, sex and power.

See The Maxwell Empire on Movistar Plus+

this is going to hurt

Not only do we find themes of drug trafficking, corruption and power among the best series of the year on Movistar Plus+, there is also room for comedy or medical dramas like “This is going to hurt you”. Movistar Plus premiered this series on doctors in March based on real events. Adam Kay, a young doctor, faces the day-to-day in a delivery room. Also based on the memoirs of the doctor Adam Kay with millions of copies sold. You can enjoy this fun medical series with your subscription to Movistar+.

See This is going to hurt you on Movistar Plus+

Wicky has a bit of a strange job, a job that not everyone would be able to handle. Following the CSI’s investigation of a crime, the scene must be cleaned up and that’s when Wicky walks in. A professional crime scene cleaner that he will not only dedicate himself to ending the blood, since his talkative and extroverted personality leads him to spend more hours than he should talking and gossiping about the very scenes that he has the mission to clean up.

See The cleaner in Movistar Plus+

Around the World in 80 Days

An adaptation of the famous Jules Verne novel that came to Movistar Plus+ in February of this year and is set in 18th century London. This story that is already known to all, in which Phileas Fogg accepts a practically impossible bet: to go around the world in eighty days. A French series that We could already see it in its animation format and now it comes in this adventure miniseries format.

See Around the world in 80 days on Movistar+

How to Recover Permanently deleted Photos from Computer?

A Guide to DevOps Testing Services, the Roles & Responsibilities, and Why It Matters