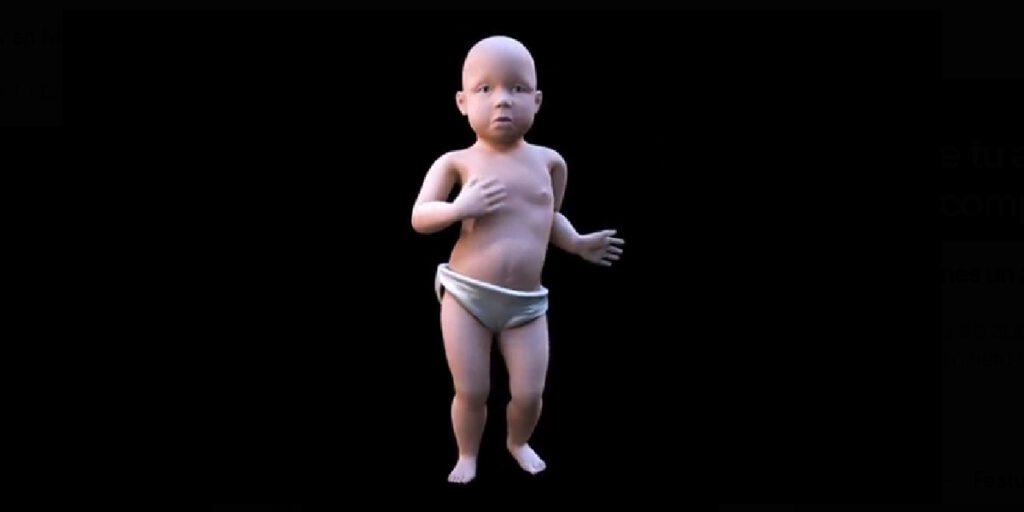 Share
Facebook Twitter LinkedIn Pinterest
During the late 1990s or early 2000s, the GIF of an animated baby dancing on a black background was really a symbol of novelty and now it’s back as NFT.

Coachella launches its ticket for life in the form of NFT

Very little is known about the history of the dancing baby, but according to Know Your Meme, the baby’s source file was released in 1996 as part of a Character Studio package. Character Studio was 3D rendering software within Autodesk’s 3DS Max software.

In a recent video for BuzzFeed, Michael Girard explained that he wrote the code for Dancing Baby as a sample file and LucasArts’ Ron Lussier played around with different variations of the baby.

While the baby began to spread via email, Girard cites the Ally McBeal show for popularizing animation.

The Dancing Baby has now been remastered in stunning HD to become NFT. The original creators of the GIF joined forces with Vienna-based design studio HFA-Studio to further cement the meme in Internet history.

“Over 25 years after Dancing Baby first went viral, we’re releasing a digitally restored 1/1 high-definition softcore artwork by the original creators like NFT, so Dancing Baby can shake their hips forever.” ,

The original Dancing Baby NFT is part of the larger “Dancing Baby Collection”, which features six additional versions of the artwork created by other artists.

NFTs are no longer popular

The popularity of NFTs has decreased somewhat in recent months. The Wall Street Journal recently reported that the NFT bubble could be about to burst, as NFT sales fell 92% from their peak in September 2021, while the number of active wallets fell 88% from their peak. peak in November 2021.

Fortune reported similar volatility in March 2022: the average price of an NFT fell by around $4,800 and total cumulative daily sales fell by $134 million, in just a few weeks.

The Dancing Baby is not the first internet meme to appear on the blockchain: the creator of Nyan Cat remastered the colorful feline for coin early last year.

In a world where nostalgia is becoming an increasingly valuable commodity to cash in on, it seems the creators of some of the most memorable early internet memes are now trying to do the same with NFTs.

OpenSea vs Coinbase, where is it better to buy an NFT?