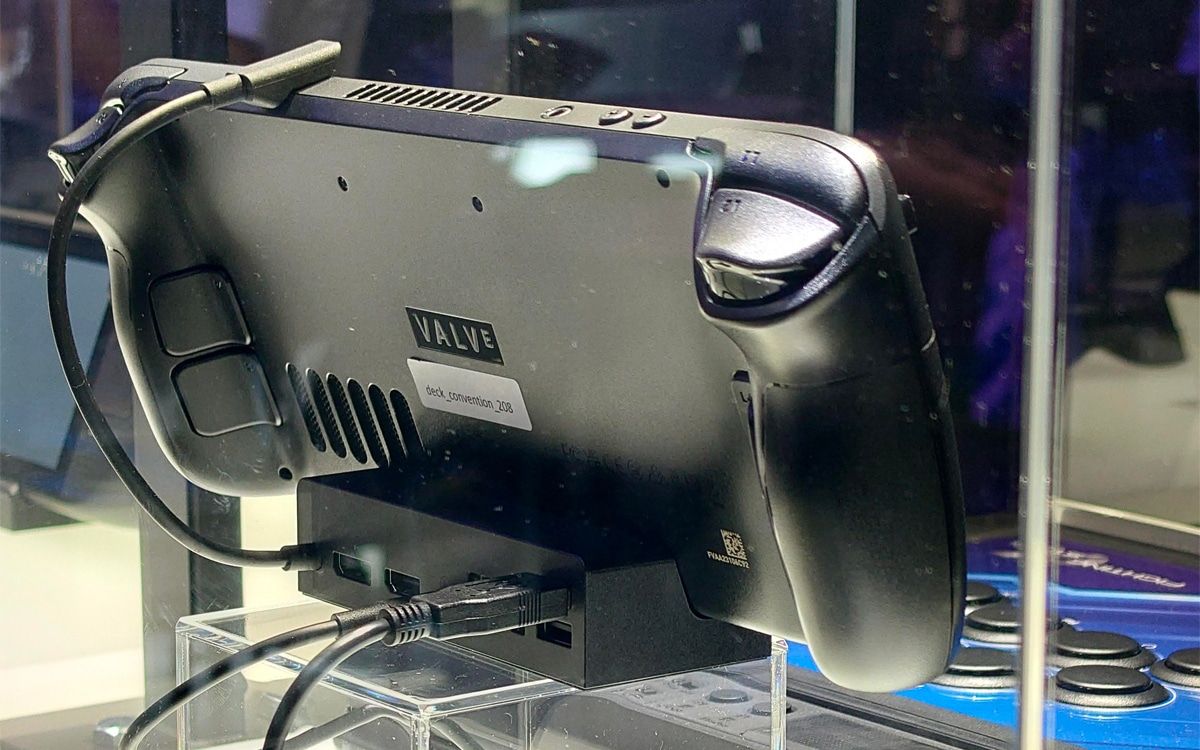 Share
Facebook Twitter LinkedIn Pinterest
The Steam Deck dock, still awaited at an undetermined date for the moment, has finally just shown itself in pictures. Indeed, a Reddit user was able to see the accessory in action during the Tokyo Game Show.

This September 20, 2022, Valve announced good news for those who are still waiting to get their hands on a Steam Deck. Indeed, the manufacturer has confirmed that the production of the hybrid console has been accelerated. In fact, deliveries will be made in advance, as promised by Valve some time ago.

Thus, those who were hoping to receive their console for the 4th quarter of 2022 should receive it earlier. In contrast, the Steam Deck dock is still pending. As a reminder, in June 2022, Valve announced the postponement of the release of the docking station to an unknown date, due to the shortage of electronic components.

As on Switch, this dock will allow you to connect your Steam Deck to an external screen such as your TV or PC via HDMI, to the Internet via an Ethernet port, and to various USB devices such as a keyboard/mouse for example. It will also serve as a charging station.

The Steam Deck dock makes its show at the TGS

For now, Valve is keeping radio silence regarding the Steam Deck dock. Nevertheless and on the occasion of the Tokyo Game Show, the famous Japanese show dedicated to video games, users were able to see the accessory in action.

Indeed, several people present at the show took some photos of the Steam Deck dock. We notice the presence of the ports mentioned above (HDMI, Ethernet, USB, power supply). We regret, however, that Valve has not seen fit to accompany the Steam Deck dock with an information sheet, so that visitors to the show can learn more about the accessory.

In effect, we still don’t know more about the release date of the Steam Deck or on its additional features. In the meantime, players can turn to an alternative solution: the dock made by JSAUX. This 6-in-1 docking station is equipped with a 4K 60Hz HDMI output, a Gigabit LAN Ethernet input, a USB-C port for charging and three USB-A 3.0 ports.

Promotions on TV during the French Days: find the best offers

This was the best-selling video game of August, you will not believe it