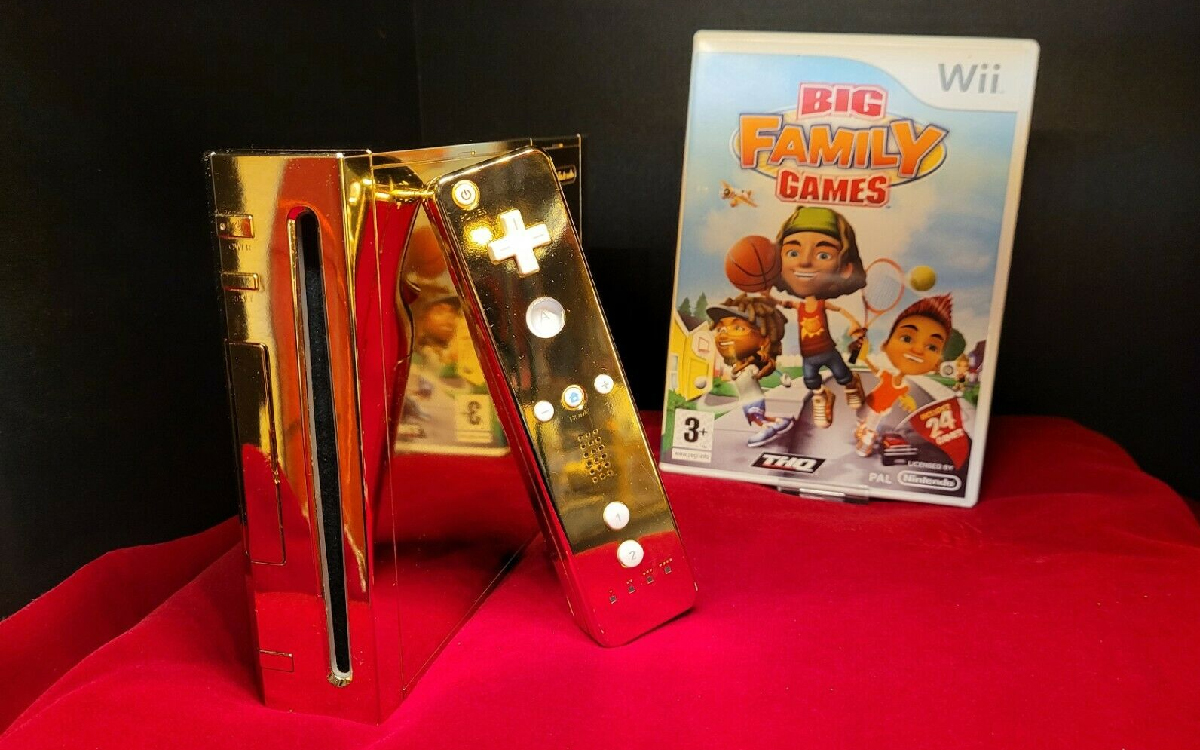 Share
Facebook Twitter LinkedIn Pinterest
The golden Wii, originally intended for Queen Elizabeth II, is back. Donny Fillerup, the collector who owns the famous console, encountered some problems during the first auctions. It is now returning to the charge on a new platform with a much more affordable starting price: 1900 euros.

Remember: last year, the Internet made the acquaintance of Donny Fillerup, a collector with a reputation so far quite intimate, who is selling a very special object. It’s a Wii, which for many is already a nice collector’s item in itself. But it’s not just any Wii, since this copy is gold. And it does not stop there ! Such a unique copy is necessarily destined for someone equally unique.

Indeed, the console was originally to belong to Queen Elizabeth II. But, for various security reasons in particular, the British sovereign never got hold of this Wii, and it is therefore Donny Fillerup who will acquire it. In 2021, he decided to part with it and put it up for sale on eBay for the modest sum of 250,000 euros. Since then, the object has not really been talked about and it was thought that he had found a buyer. But nay: today, the console has reappeared on the web at a much more affordable price.

What happened ? By posting his property, Donny Fillerup came up against eBay’s rules, which prohibit creating an auction with a starting price that is too high. However, it would seem that 250,000 euros falls into this category. The collector therefore decided to turn to Goldin, another auction platform. This time he was more reasonable. Bidding starts at 2000 dollars, or around 1900 euros.

At present, the site displays 6 takeover proposals, the content of which is unknown. The collector accompanies it with this description:This is The Golden Wii, the ultimate collectible Wii, created specifically for Her Majesty The Queen for a sadly unfinished marketing purpose. The console and its controller are both plated in 24 carat gold. »

This Cecotec portable air conditioner is now on sale