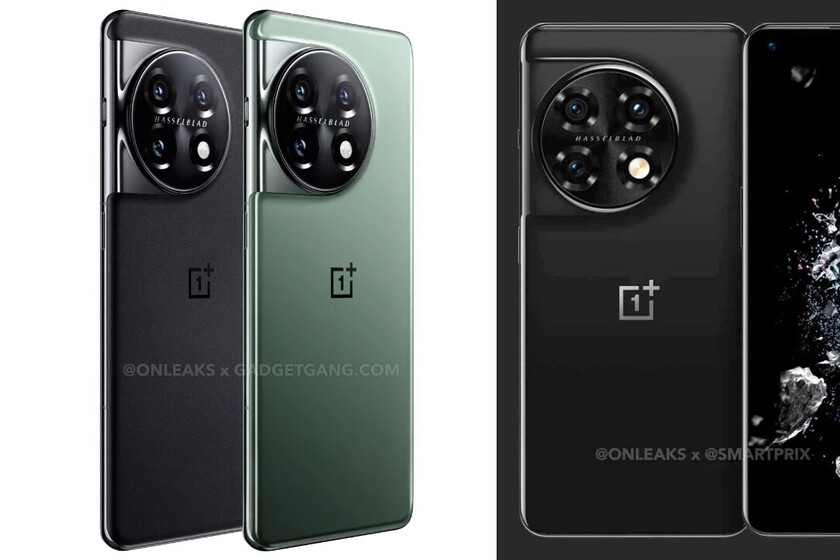 Share
Facebook Twitter LinkedIn Pinterest
If OnePlus maintains the times it has managed in previous generations, the OnePlus 11 It should hit the market in the first half of January. Surely coinciding with CES in Las Vegas, the technology fair that opens the year, something that will also happen in 2023. It should not arrive alone, but accompanied by a OnePlus 11 Pro of which we have already had a leak.

But when it comes to the first, the entry-level model, the OnePlus 11 has just run out of secrets. It is not official information, as we always tend to remember, but a massive leak has exposed the phone and it now has practically nothing to hide. We would talk about a potential beast with Hasselblad camerasas it already happened in the previous generation.

How could it be otherwise, at OnePlus they will bet on Qualcomm’s most powerful chip to date, a Snapdragon 8 Gen 2 that should dress the most powerful Android models of 2023. Or at least a good part of them, since MediaTek will have a lot to say with its Dimensity 9200. The leak also tells us that there will be a model with 16GB of RAM of the OnePlus 11So watch out for curves.

For the screen, the OnePlus 11 would have a 6.7-inch diagonal AMOLED panel with QHD+ resolution. this screen would refresh at 120Hz and although the refresh rate of the touch panel has not been revealed, everything indicates that it will also be quite high. And to feed the creature? The leak speaks of a 5,000 mAh battery with a 100W fast charge. Pretty impressive numbers.

Speaking of the cameras, we would have 50 megapixels for the main rear camera, 48 megapixels for a camera with a super wide-angle lens and 32 megapixels for a telephoto camera for which optical magnifications have not transcended. This rear team would be signed by Hasselblad, also supported in the software. And for the front, 16 megapixels.

It’s time to talk about the software and here the OnePlus 11 would arrive directly with Android 13 covered by OxygenOS 13. Taking into account OnePlus’ movements in terms of updates, the OnePlus 11 should not have less than 4 years of software updates, and up to 5 years of security patches. So if we do calculations, it could even reach Android 17. Be careful with this.