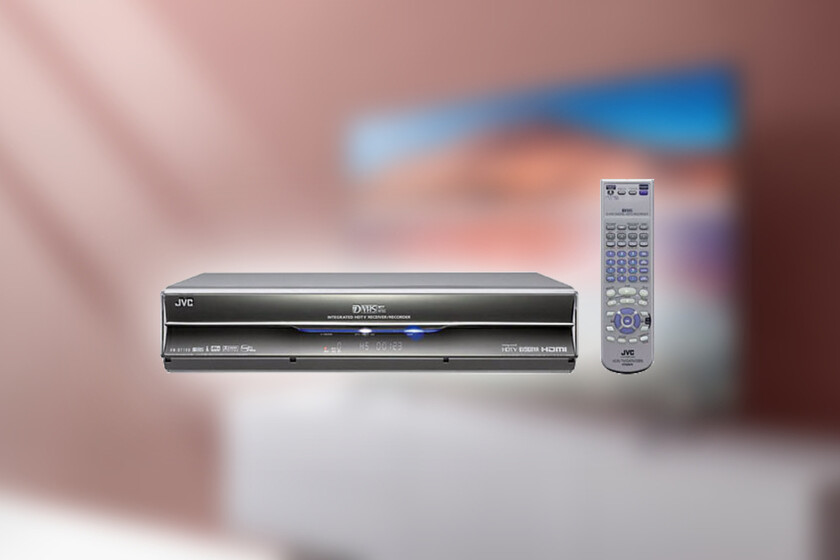 At the end of the 1990s, many manufacturers wanted to show the world their advances in the reproduction of high-definition content, something that did not begin to be standardized until well after the 2000s. The change in the physical format in which the content was stored was also crucial, since allowed us to store more information, and therefore, higher quality video. However, before the advent of DVD, there was a format that you might not have known about, and that already allowed for high-definition playback: the D-VHS.

D-VHS is the evolution of VHS video tapes, allowing to play movies, or any video content in high definition. Although the original idea was to take advantage of video tapes to store digital data rather than movies, it was also used for a short time to market movies in this format. In this article we wanted to review his short career.

D-VHS was a format that was introduced to the market in 1998. This digital video format was developed by JVC in collaboration with Hitachi, Matsushita, and Philips, and used videotapes very similar to VHS. As we mentioned, its conception was premised on using tapes to record digital files. In fact, the letter ‘D’ in his name refers to ‘Data’.

This format was one of the first to bring high definition home. Their tapes stored information in MPEG-2 format at a maximum rate of 28.4 Mbps. In addition, each D-VHS cassette could store up to 45 GB of data. In this way, it was possible to record up to 4 hours of a broadcast in HDTV format.

Depending on the way in which we recorded the information, we could store more or less duration. If we used the HS mode (28.2 Mbps), we had up to 4 hours for HDTV content, as we mentioned before. However, in STD mode (14.1 Mbps) we could reach up to 8 hours of HDTV content, yes, at the cost of losing some image quality. If we stored the recording in SD mode (4.7 Mbps), we had up to 24 hours of recording available on the tape. Perhaps most interesting of all, is that D-VHS could store content up to 1080i, also going through 720p, 480p or 480i, and up to 60 frames per second. In addition, the tapes could record up to 8 audio channels, making it possible to enjoy content in 7.1 and 16-bit quality.

Depending on the quality of remastering movies and TV shows to Blu-ray 1080p, it’s not uncommon to find D-VHS tapes with significantly better contrast and color handling than a Blu-ray disc. One of the examples is offered by the Linus Tech Tips channel on YouTube, where they compared the ‘Hurricane Carter’ movie in D-VHS, DVD and Blu-ray format. In the video it was possible to verify how the contrast and color of the tape exceed the quality of the Blu-ray, obtaining more information from the image for the viewer.

However, not everyone could afford to buy a D-VHS player, since the prices started from 1,800 euros, somewhat excessive, especially in a scenario in which VHS was more than established and with better prices than ever. A D-VHS tape (DF-480 cassette) could be found on the market for about 25 euros, and it supported up to 480 minutes of recording. A point in favor was the backward compatibility of their players, since one that supported D-VHS, could also play VHS tapes.

Another of the factors that made D-VHS unseat as the main high-definition format was precisely DVD, being a much more attractive storage format and with more competitive prices. Later, Blu-ray ended up conquering the homes of those who craved to see content in high definition and 4K. The exhaustive marketing campaign for Blu-ray along with the release of the PlayStation 3 was the final blow to leave D-VHS in oblivion.