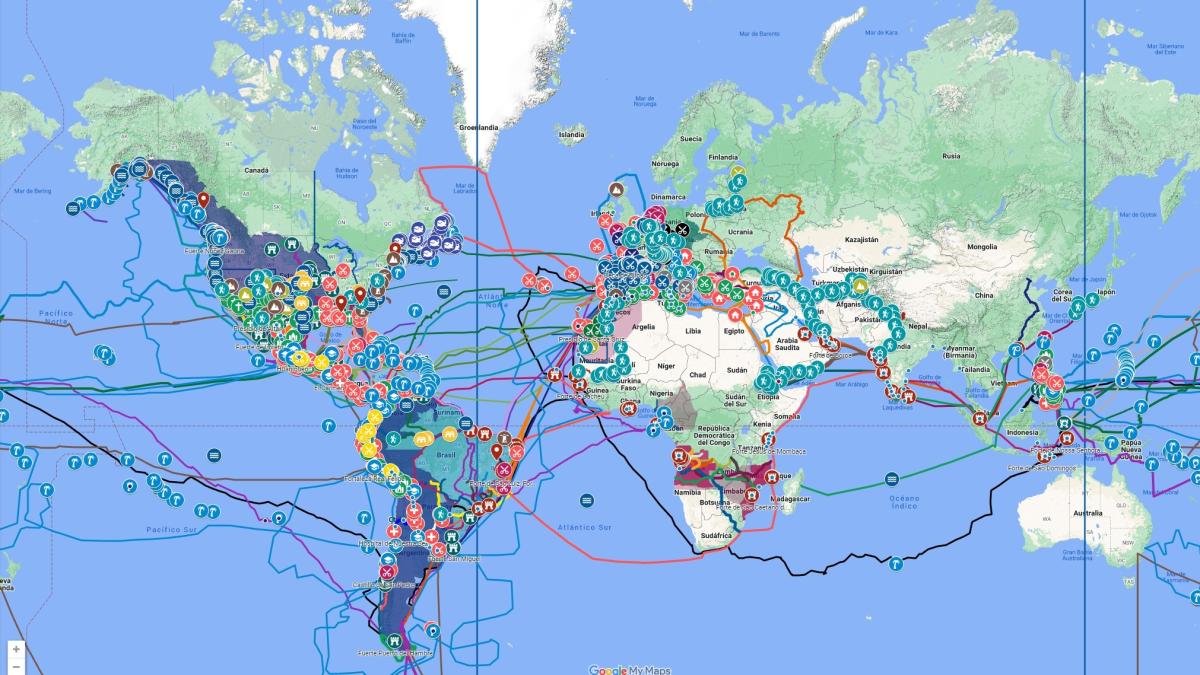 Share
Facebook Twitter LinkedIn Pinterest
If you have ever been curious to discover how far Spain’s influence has come in the world, you are in luck as you have a world map that will show you.

The exploration and conquest is something inherent to the human being, currently the countries are focused on leaving the Earth and launching into space. But you don’t have to go very far to know the perseverance of the bravest. Several centuries ago, many countries undertook journeys to discover the world around them.

Spain was one of these countries and the influence of its passage through certain territories still lasts today. To know all the influence of Spain throughout the countries where you put your finger, you would have to read an infinity of books, but thanks to a world map created using Google Maps, you can see it in a simple and fast way.

Behind this interactive world map loaded with information are several people who, in turn, are part of other projects. Among the names that appear as authors there are no titles of people, only web pages and organizations such as: Hispanic Atlas, Wikonga Kingdom, Elcano Route, Spanish America, The Spanish Way, Wikimedia Editors and many more.

Having seen the thinking minds behind this project, we are going to focus on the world map itself, which, truthfully, has a lot to tell. The first thing is that it has divisions to group the different influences. The first group is architecture, urbanism and arts that has its own subgroups such as cities, palaces, monuments and etc..

The next group is engineering, industry and commerce in which elements such as forts, prisons, mints, shipyards, consulates, canals and endless other constructions that have been made thanks to the influence of Spain in the world are found. . Also, all this is categorized by colors and icons.

There are still 7 more categories with their respective subcategories, but listing them can take hours and, in truth, it is best to talk about the way this world map works. The first thing to note is that everything has an explanation so when you click on an icon or on a route, an explanation will appear next to it.

In addition, this explanation allows to put some context to such amount of information. Our recommendation Before immersing yourself in this world map, start by showing only the different exploration routes and expand the information to avoid the chaos of walking in and seeing a huge number of attention-grabbing items. You can consult this map from this link.

The most visited websites in the world!