this CEO laments that email is now an oligopoly 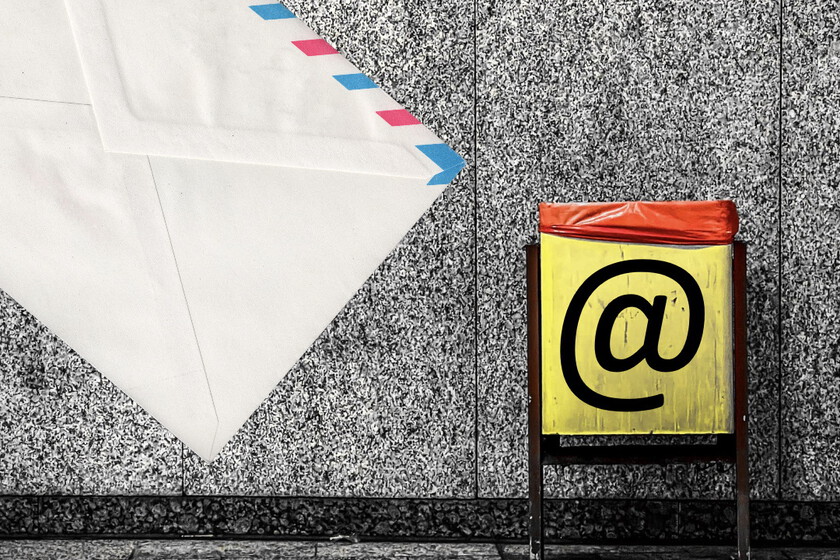 Last March we explained to you the plans of the European Union to take power away from big technology companies like Apple and Facebook imposing by law the interoperability between instant messaging services: that is, that in the future Telegram or Signal users can communicate directly with WhatsApp or iMessage users without having to install these applications.

This would mean, de facto, move towards converting instant messaging into a single decentralized protocoland towards the demolition of the barriers artificially imposed by the big companies to ensure monopolistic situations.

However, the most ironic of all is that, as the debates around this idea continue within the European institutions, We have had an online communication protocol for 51 years that was born being 100% decentralized and interoperablebut in which increasingly insurmountable barriers are constantly erected in an accelerated search for centralization around a handful of providers.

We are talking, of course, about email..

For the creators of mailing lists it also applies: forced yes or yes to go through a provider that is on the white list of IPs to send emails https://t.co/jtDfJxaHNF

Contents hide
1 Neutrality of what?
2 “Why does this happen?”

A recent thread on Twitter by Carlos Fenollosa, computer engineer and CEO of the startup Optimus Price, has promoted a debate on the transformation of the e-mail ecosystem that has even been echoed in Hacker News. In this thread, Fenollosa recounts how, having been self-hosting your email for twenty-three years, you’ve finally decided to “throw in the towel”.

“However, I have been fighting out of sheer spite, stubbornness and activism. But my emails are not being sent anymore. I might as well not have my own email server.”

“So as of today, the MX records for my personal domain no longer point to my personal server IP. They now point to one of the big email providers. I lost. We lost.”

According to Fenollosa, Google has half a billion results for “my email goes directly to spam” (actually almost 700 million)and regrets that the usual response from system administrators to constant receiving problems is “Stop self-hosting your email and pay [a un proveedor]”.

And this is a response that is given not only to advanced users who, like him, choose to set up their own server, but even to universities and banks.

“Why does this happen?”

But what is the reason that those emails are not delivered? Why do we talk about the creation of artificial barriers? Well, it all started with spam: “[La industria] uses spam as a scapegoat to weaken deliverability and stifle competition.

The point is that the processing power needed to filter the millions of spam emails that are generated every minute is enormous, and the big providers have introduced a previous step to reduce the number of emails to process: delete most of them as they are received (the so-called ‘blackholing’):

Thus, whether you use a home server, use a VPS or operate your own CPD, “at some point, your IP range is bound to be vetoedwhether it’s the fault of a jerk IP neighbor spamming, or the actions of one of your users, it doesn’t matter. It’s not a question of ‘if’, but of ‘when’“.

For practical purposes, you only have the guarantee that your email will be delivered (although it may not even reach the Inbox), if you “pay an email sending API that has been blessed by the rest of the industry“.

Many people are asking me to name and shame, so I will do it:

Microsoft. I have been unable to deliver a single email to a Microsoft server in the past five years.

live-dot-com, outlook-dot-com, and any organization using Office 365 as their email server. It goes to /dev/null

“The era of independent, distributed email servers is over. This has an anti-competitive impact: banning everyone except other big email providers is lazy, dishonest…and convenient.”

According to Fenollosa, we already have the necessary technology to propose alternatives, “but the industry has no incentive to move in this direction.” And the politicians have something to say? Well, our protagonist doesn’t seem to trust them very much, considering that, although email is used 15 times more than social networksare busy regulating the interoperability of the latter while remaining silent or ignorant about what is happening with the former.

Image | Based on original by XoMEox

The CEO of Apple, who was crazy about this nine-year-old Indian girl, made such an app that everyone is praising

Nothing has a laptop in the works? Its CEO responds to the rumor