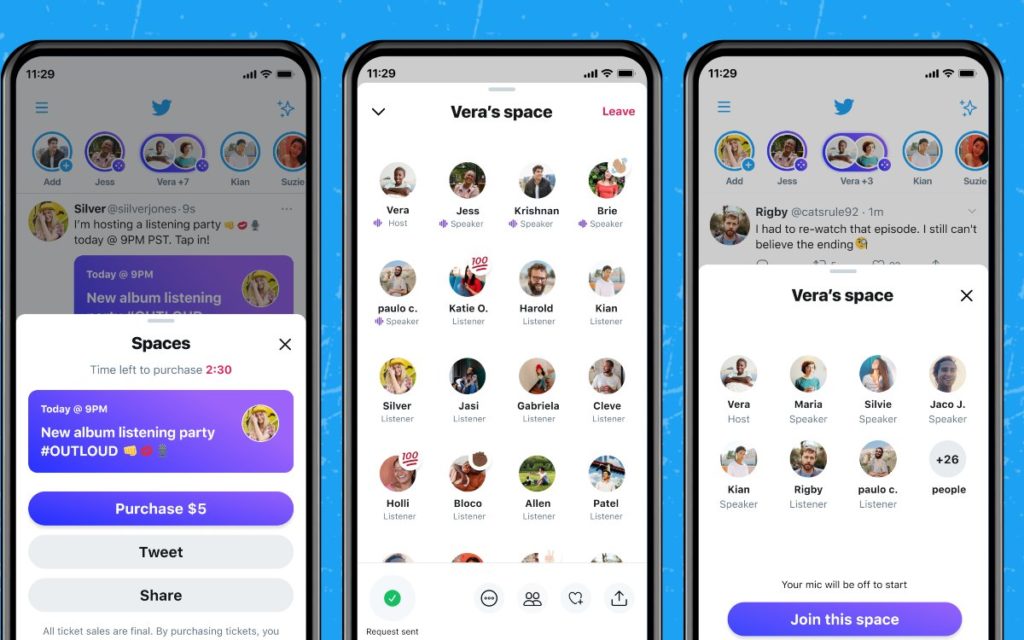 Share
Facebook Twitter LinkedIn Pinterest
In the world we are still awaiting what will happen to Twitter after confirming an agreement by the company for Elon Musk to acquire it. However, this is not to say that the social platform stops releasing new tools or features.

Only during the last week have we seen the possibility of the microblogging network including “prizes”, as a way to retain users in the Reddit style, or the official presentation of “Circle”, a function similar to the “Best Friends” that has been operating since some time ago on Instagram.

Contents hide
1 now with spaces
2 How does Twitter Spaces work?

Well, on Twitter they don’t stop and this week they presented some changes with the aim of improving their Spaces live audio platform by integrating new functions that improve the user experience.

Hosts and co-hosts are now given the ability to access data from their forums so they can have full analysis of content such as total live listeners, total replays, and speakers.

The objective of this new function is to provide hosts with the necessary information with which they can better plan their audio content, as well as know the type and amount of audience they are reaching.

On the other hand, Twitter notes that they are also testing a new, easier way for listeners and other participants to follow co-hosts and speakers.

Additionally, they will automatically start sending a Spaces card as a tweet right after the host opens a room. The idea is that other users can send tweets directly from the spaces.

According to Twitter, these new features for Spaces will start rolling out to all users of both iOS and Android soon.

These are public forums intended for the creation of live conversations and that only require audio. Rooms can be created with up to 10 speakers and there may be co-hosts to help moderate the conversation.

The way to send and receive links to participate in a Twitter Sapce is: By invitation; with a tweet after the conversation has started, which is done through the “Share” option; or by direct message or link, this after the beginning of the space.

With these new functions, it is clear that Twitter seeks to promote the consolidation and growth of Spaces since it has integrated several features in recent months, including the possibility that some hosts can cut up to 30 seconds of an audio or the alleged Spaces Recordings function. .