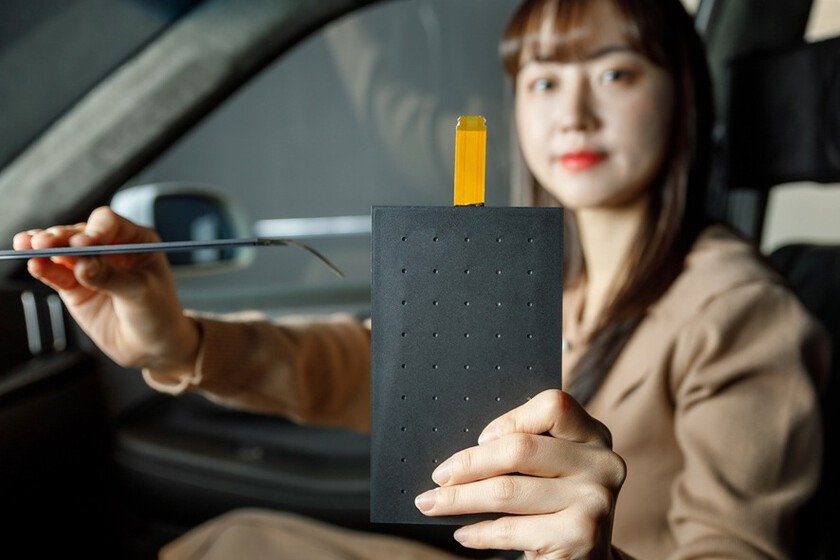 We are just over a month away from the CES 2023one of the main technological events of the year and the companies begin to advance news for the next season as well as innovations and developments that we will see in future products.

The latter is precisely the case LG Displaywho has just made public an interesting invention designed to be able to install visual impact speakers on almost any surface where we need to have a sound system.

It’s what they called Thin Actuator Sound Solutiona technology initially designed for the automotive sector but which can also have interesting applications in the home, especially to be able to mount sets of multi-channel speakers without the baffles being visible. Unlike traditional loudspeakers where we have different well differentiated parts like a coil, magnet or coneLG’s new system is more of an “actuator” based on a thin sheet that can vibrate with the passage of an electric current, causing the object to which it is attached to vibrate at the same time, thus emitting sound waves towards the user.

It is a variant of the technology that LG began to mount on some of its televisions in 2017 and that allows sound to be emitted directly from the screen without the need to integrate conventional speakers. This new version Thin Actuator Sound Solution is smaller and more versatile. Have the passport size (150mm x 90mm) with a thickness of only 2.5mm equivalent to a couple of coins, and a weight of only 40 grams, which makes it according to the manufacturer 70% lighter and only 10% as thick than classic membrane speakers (not counting the acoustic box, of course).

In addition, LG has remarked that this technology no need for rare earth elements commonly used in conventional speakers, such as neodymium, so it is more ecological.

Of course, for the moment they have not made it clear what will be the frequency responsethe usual weak point of these actuator technologies, especially in the low and mid-bass range, nor other technical parameters such as sensitivity, impedance, etc.

The new technology Thin Actuator Sound Solution It will be shown to the public for the first time during the next CES 2023 in January and according to what its managers have commented, they want to start marketing it in the first half of next year.

the by Dyson V12 Slim Absolute for 499 euros in MediaMarkt