Vivo’s 8 thousand rupees Smartphone coming to create panic in India, will fall in love on seeing it 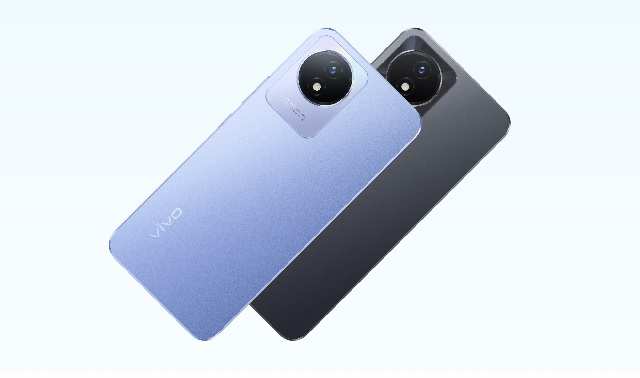 Share
Facebook Twitter LinkedIn Pinterest
mobile news desk Vivo has launched a budget smartphone in Indonesia a few days ago, which is named Vivo Y02. The phone is now about to be launched in India. Vivo Y02 is an affordable phone, which comes with single camera and tremendous design. Vivo has not yet revealed the launch date of the phone in India. But a popular tipster has claimed that the phone will be launched in India next week. Let’s know the price and features of Vivo Y02. Tipster Paras Guglani has revealed that Vivo will launch its entry-level smartphone Vivo Y02 next week. In comparison, the phone will come with 3GB+32GB storage and the phone will be available in two colors (Orchid Blue and Cosmic Grey). The phone will be targeted towards offline buyers and the company will also offer Rs 1,000 cashback. Vivo Y02 has already arrived in the Indonesian market, so its specifications are in front of us. The phone will come with a 6.5-inch IPS LCD display.

Waterdrop notch will be available in the front. The screen will produce HD+ resolution of 720 x 1600 pixels. And its aspect ratio will be 20:9. It is reported that it will be powered by the Helio P22 chip processor in India. Vivo Y02 will get a single real camera at the back, which will have an 8MP sensor with LED flashlight. On the front, there will be a 5MP selfie shooter for video calls. The phone will get 32GB of storage, but a microSD slot will be available to increase the storage. Vivo Y02 will get 4G dual-band Wi-Fi, as well as support 3.5mm audio jack, Bluetooth 5.0 and GPS. The phone will run on Android 12 Go Edition. The size of the phone will be 163.99 x 75.63 x 8.49mm and the weight will be around 186 grams. Vivo Y02 is priced in Indonesia at IDR 1,499,000 (roughly Rs. 7,800). But according to Tips, the price of Vivo Y02 in India will be Rs.8,449. After going to the cell, many offers can also be found on the phone. Due to which its cost can be reduced considerably.