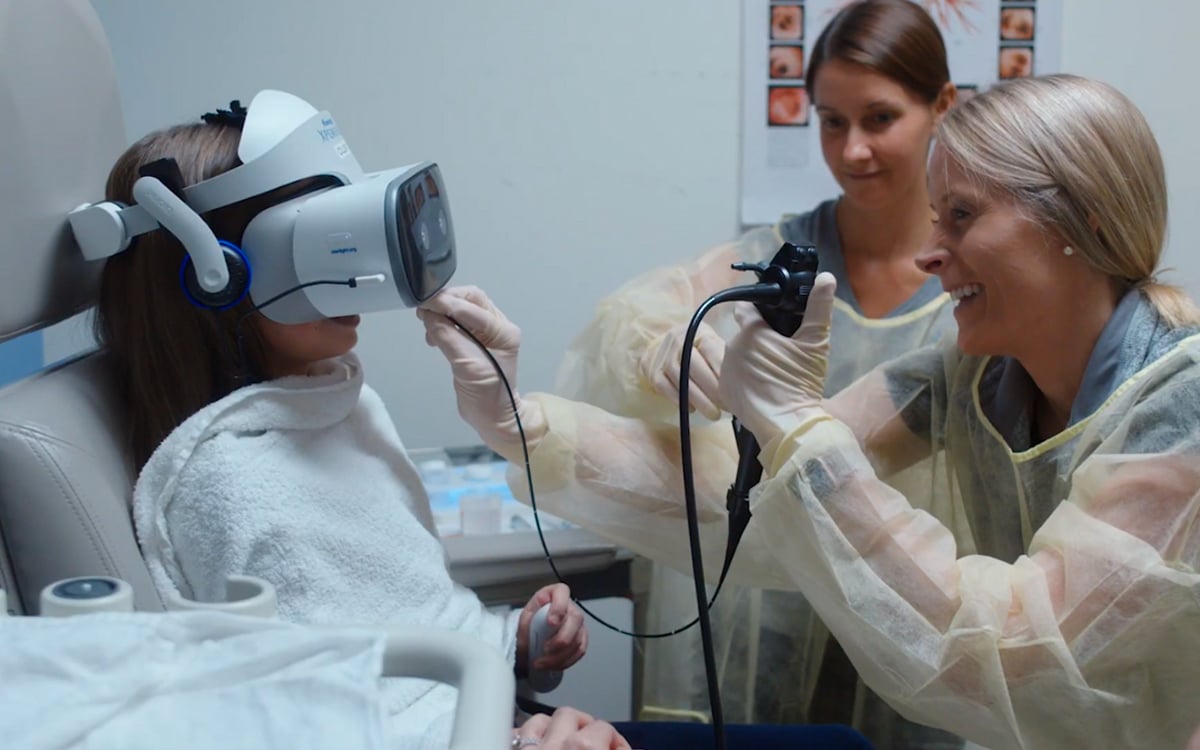 For several years now, virtual reality has been increasingly used in areas far removed from its initial field of application, namely gaming and leisure. Indeed, this technology has been exploited in medicine in particular, students using it to improve their knowledge of surgery, while some specialists use it to plan complex procedures.

However, as our colleagues from the MIT News site report, researchers from the Beth Israel Deaconess Medical Center in Boston have discovered thate virtual reality could have beneficial effects on pain tolerance during minor operations. More precisely and as demonstrated by their last experience, patients who wear a VR headset during a hand operation for example require less anesthetics.

While a patient needs an average of 750.6 milligrams of propofol per hour for this type of operation, people who watch relaxing content (meditation, nature scenes, guided tours of a place of their choice) in VR only need 125.3 milligrams sedative. In addition, recovery time is also reduced, since patients equipped with a VR headset left the post-anesthesia unit after 63 minutes against 75 minutes.

Also read: This metaverse offers to chat with the dead in virtual reality

Figures which are explained by the lower quantity of sedative administered. According to the scientists behind this study, virtual reality has diverted patients’ attention from pain. Despite everything, they specify that the subjects of the experiment were warned that they were going to wear a VR helmet during the operation, which therefore suggests that a placebo effect is to be taken into account (patients having mentally prepared themselves for the fact that the VR headset would help them cope with the pain).

In fact, researchers want to conduct a new study to rule out this placebo effect. In addition, similar experiments will be directed to larger surgical procedures, such as hip or knee operations.

Note that in Francethe Saint Joseph hospital located in Marseille has already conducted a similar study in patients admitted to the emergency department. The principle remains the same: the patients were equipped with VR headsets to divert their attention from their pain caused by the treatments and to relax them. Here again, it has been proven that the use of a VR headset makes it possible to reduce the doses of analgesics.

this little smartphone that we love already costs 70 € less