What is the electric bicycle? 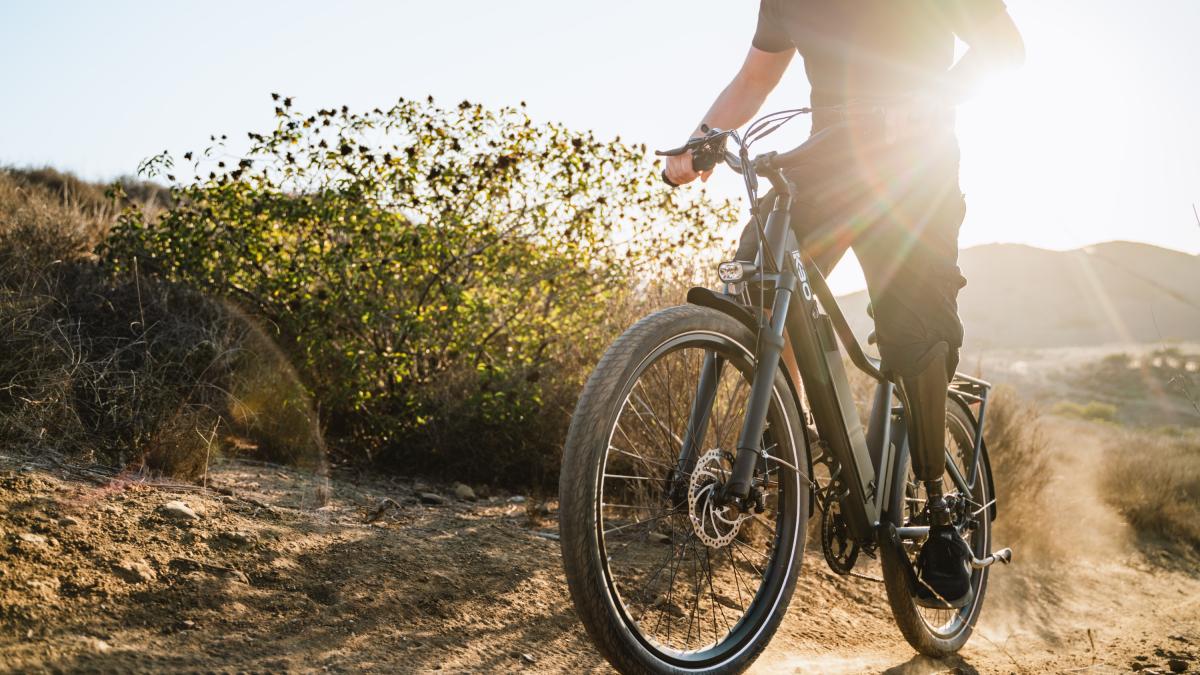 In recent years, the popularity of electric bicycles has increased. More and more cyclists are abandoning traditional bicycles and opting for those also known as ebikes.

These, since the end of last year have increased their sales by 240%compared to the previous two years. It is an industry of almost 27,000 million dollars, in constant growth, which, moreover, shows no signs of slowing down.

Many consider that ebikes are a threat and that they are going to make the traditional pedaling of regular bicycles disappear. However, there is no need to fear. Electric bikes are not here to rob us of our human-powered lifestyle. In fact, it is very possible that they will improve it, especially when travel and commuting habits must change.

So let’s delve into this world and find out what they are, how it works, the legislation behind it and much more below.

What are electric bicycles?

An electric bicycle, or ebike, is a bicycle equipped with an electric motor that helps you pedal and circulate. The motor gets its power from a rechargeable battery mounted on the bike itself.

To classify it as an ebike, the motor has to help you instead of powering you on its own. So you have to pedal to get that assistance. And it is that, we are facing an evolution of the traditional bicycle.

The power provided by the motor It is regulated according to the force with which you pedal and the level of assistance that has been selected.

Electric bike systems offer several modes to choose from, allowing you to balance the amount of power delivered through the pedals with range and battery life.

Stay active at home doing cardio sports with this folding exercise bike that takes up little space in your home for very little money. It has an LCD screen with activity control and 8 resistance levels.

How does an electric bike work?

As we have already clarified, these have a motor, normally housed in the center of the bike. This, being mounted on the axis, will work through the chain and the gears of the ebike.

When you pedal, a sensor measures the effort you make and adjusts it to the power of the motor. The idea is that the motor does not completely take over the displacement, if not that collaborate

This energy will come from the battery, which can be mounted on the outside of the frame or hidden inside it. Many batteries can be removed for charging, although others must be charged on the bike.

There will be a controller for the motor, usually handlebar mounted or integrated into the frame, which will allow you to decide how much support you want and monitor the battery level. Some also include a display with navigation and other features.

Bosch, Shimano, Yamaha, Specialized, Mahle, FSA, and Fazua all make very popular electric bike motors. Specifications can vary significantly and the type of motor found in a bike will depend on its price and the type of riding intended.

For example, an electric road bike is more likely to favor a lightweight system with smooth power, while a motor on an electric mountain bike is likely to offer more capacity.

Differences between a normal bike and an electric bike

The significant difference between electric bikes and normal bikes is the addition of electrical components.

The technology is improving, and we are beginning to see ebikes as a viable mode of daily transportation and pleasure for the general public. These are some of the differences.

1. Electric motor: electrical energy is converted into mechanical energy by electric motors. This provides pedaling assistance and autonomy to the ebike.

Despite having the same basic technology, the electric motors used in these are divided into three categories based on their location on the bike. Mid-drive motors are fixed in the center of the frame, where the pedaling zone usually is. The other two are front and rear hub drive ebikes.

2. Battery: The battery supplies the electrical energy used by the motor. The amount of battery power influences the distance an electric bike can travel without pedaling.

And for cyclists who care more about commuting than exercise, this is a key priority. Depending on the power of the battery, some bikes can travel 50 miles or more on a single charge. The capacity of the battery, the slopes, the wind and the size of the body will affect the autonomy.

3. Screen: this is an LCD screen, attached to the handlebar, which allows you to provide bike data such as speed, battery level and other relevant information.

4. Controls – Used to manage the amount of power being supply the electrical components of the bicycle. Pedal assist level, motor speed and gear are activated by controls and can be integrated into the display for ease of use.

5. Sensor – This is basically the component on the bike that tells the motor that you are pedaling and that it should start assisting the rider.

Advantages and disadvantages of this type of bicycle

All these differences, logically, will affect several aspects that can become great disadvantages or not, depending on your requirements.

On the one hand we have the cost, something quite logical. If we want improvements and more value, we have to pay more for it. This is why it should come as no surprise that the electric bike costs more than a regular bike.

A few years ago it was true that the price was somewhat excessive. However, just like mobile phones, technology has advanced rapidly.

Compared to other manufacturers, Riverside is producing very cheap electric bikes that you can find on the Decathlon website for around €1,200. And it is thatfrom €800 you can already find some quite simple but useful ones.

On the other hand, we possibly have One disadvantage is the weight. Ebikes have more weight than conventional bicycles. But, to be honest, it is logical since you have to accept that batteries, motors and controllers are somewhat heavy additions.

We compare the best bicycle rental services in Madrid, which are gaining more and more followers every day: BiciMad, Donkey Republic, oBike and Ofo.

However, we return to the same thing, with the improvement and advancement of material technology, ebike manufacturers use some very light ones, such as aluminum. This compensates for the extra weight of the electrical components. While an average traditional bike weighs around 10kg or more, some ebikes weigh around 16kg.

Maintenance can be a problem. The mechanical components are the same as those found on regular bikes, however the biggest concern here is the maintenance of the electrical components.

Controller and motor do not need regular maintenance, It is true, but the battery is, with which you should be very careful if we do not want it to be damaged. In the end, it works quite similar to that of smartphones, so if you can leave it indoors, much better. Of course, avoid extreme temperatures and very sudden changes. 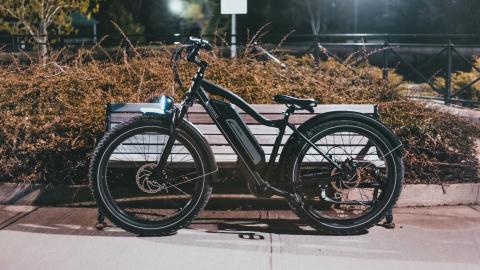 What is the cheapest Decathlon electric bicycle and the most expensive?

According to Directive 2002/24/EC of the European Union, an EPAC (electric pedal-assisted bicycle) any ebike that exceeds the speed of 25 km/h or whose motor does not automatically disconnect at 25 km/h, are considered conventional mopeds.

This means that if they exceed it, they must be homologated as such and comply with the regulatory obligations, such as insurance, registration, registration with the road tax, the use of a helmet, the minimum age and the license to drive it, etc.

And it is that, even with all its extra capabilities already explained, the ebike is still a bicycle, so you do not need a license or permit to drive it. You can use your electric bike on any route, be it for work or an excursion.

Drivers are not allowed to ride their electric bikes on sidewalks, and will be fined if caught doing so. In addition, you must have a circulation certificate provided by the manufacturer of your ebike. License or insurance is not required.

Finally, the authorities encourage the use of helmets, although it is not compulsory. The same goes for wearing a reflective vest to protect yourself on the road.

Do you want an electric bicycle but your budget is not enough? This kit is the solution to your problems: it attaches to your bike to turn it into an electric one.

How can I transform my normal bike into an electric one?

An electric bike conversion kit will allow you toadd an engine to your current bike easily and relatively cheaply, at least compared to the price of buying a new electric bike.

There are more and more kits and they are becoming more sophisticated and easier to install, which is a quite practical alternative.

An electric bike conversion kit includes the motor that drives it and the battery that powers it, obviously. But it must also include the device to control the power level. This usually takes the form of a bar mounted screen.

In addition, the kits include sensors that detect speed at which you are driving and the level of pedaling to ensure that the power supplied is adjusted to the needs.

All electric bike conversion kits must be switched off when not pedaling and must be speed limited to 25 km/h in Europe and most of the rest of the world.

Many of them can be installed by a mechanic, though if you’re feeling handy and have an afternoon to spare, why not give it a try.

What is the cheapest electric car?

the legendary buggy is reborn in a 100% electric version