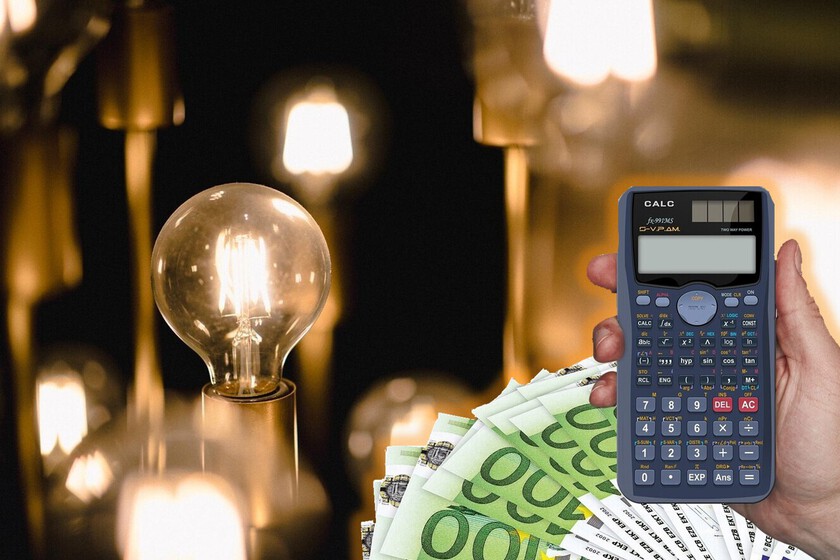 The price of electricity continues to skyrocket and that is why we have to look for the best way to save on electricity bill For example, applying domestic tricks in our day to day continues to be one of the best options to lower the amount to be paid each month.

However, no matter how much we reduce our energy consumption, perhaps the electricity bill continues to increasesince in recent months new charges have appeared, such as compensation for the gas cap, which implies more money to pay in our rate.

A Social Bonus that we all pay

We have another example with the so-called Social Bonus of the electricity rate, a mechanism for discount on electric bill established by the Government that tries to protect the most vulnerable groups of consumers and that is basically a reduction in electric bill which is applied to the PVPC (Voluntary Price for Small Consumers), with a maximum limit of subsidized annual energy.

In recent years the Electric Social Bonus It has gone through several phases when it comes to obtaining financing, although it remained relatively stable until April 2022, when a new payment system came into force according to which the cost of the same no longer fell only on the electricity marketing companies, but that also should be borne by all companies in the sector: distributors, traders and generating companies.

These companies in the end what they did was affect the bills of domestic consumers an amount set by the CNMC that was initially established in 11.146973 euros per year plus taxes, which in practice resulted in add an additional 0.0305 euros more each day on the electricity bill that came to our house, whether or not we used electricity.

The marketing companies, which are in charge of setting the rates and issuing the receipts, have two options to represent this cost to their customers on the invoices: either they integrate it into the ratein the final price of each kilowatt hour consumed, or they can also break it down as a new separate concept that appears in them as “Social Bond Financing”.

Most of the large retailers, such as Iberdrola, Endesa and Naturgy, chose to include this new additional concept in their invoices, so it is not surprising that many of us have seen how it appeared starting this summer when it arrived at our house, either on paper or in digital format. Example of electricity bill for July 2022 where the “Social Bond Financing” appears with a price of 0.0305 euro/day

And it does not matter if we have a contract with a fixed price, since in general most of the marketers have considered the Social Bonus as a “new regulated cost” that can be move directly to customer without implying a change in the general contracting conditions.

When it seemed that we were already getting used to this way of financing the Social Bond, last October 2022 the new More Energy Security Plan (+SE) was approved, a set of measures among which were announced changes in the electric Social Bonus in order to approach winter with more contained electricity costs.

As we already saw in its day, these changes in the Social Bond brought a new category of vulnerable consumers entitled to a 40% discount on their electricity bills and went from the previous reduction of 60% to 65% in the case of consumers considered vulnerable and from 70% to 80% in those considered severely vulnerable (in In this article we talked about the requirements to be met in both cases).

In addition, the amount of energy eligible for discount in the invoices. This implies that if we are covered by the Social Bonus we can spend more electricity that will be subsidized within it, depending on the type of family unit in which we live.

Example of electricity bill for October 2022 where the “Social Bond Financing” appears with a price of 0.0367 euro/day

However, these measures are not free and in practice some media and experts have already warned that it could mean a new surcharge on bills of the majority of consumers who would thus finance the discount of those receiving the Social Bonus.

How much is this increase? Well, in the absence of official confirmation and that all the resolutions to request the new Social Bond come to an end, for now we have already been able to verify how in the October invoices the amount allocated to this concept, which as we have seen before was 0, 0305 euros a day, now It has come to cost 0.0367 euros per daywhich in a month of 31 days like October means a little more than 1.14 euros per month.

More information | CNMC, calculation of the amount of the Social Bonus in 2022