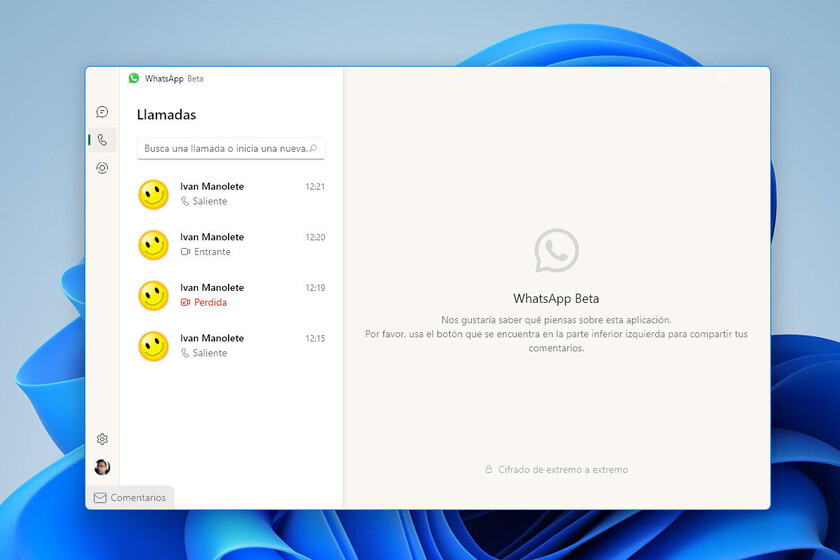 Share
Facebook Twitter LinkedIn Pinterest
WhatsApp renewed its application for Windows with a native UWP version that began its tests last year, somewhat green, and has been polished over time. WhatsApp Desktop is now much better, but it still lacks options available on mobile. Two of them arrive with the latest beta.

Whatsapp Desktop 2.2246.4.0 beta for Windows (available on the Microsoft Store) has added the possibility to create surveys and the calls tabtwo things that until now could not be done or consulted with WhatsApp on a PC.

Contents hide
1 the polls arrive
2 And the calls tab

WhatsApp finally added polls to its app about a week ago. First they could be created with an iPhone, then with Android and now it is possible create surveys also in WhatsApp for Windows.

Until now, you could view and vote in polls from WhatsApp Desktop for Windows, but not create them. This is possible with the latest beta version, by clicking on the clip icon and choosing Poll. Then you must enter the question and all the available options.

And the calls tab Another lack of WhatsApp Desktop that comes to an end is the calls tababsent from the beginning. Although the app allows you to make calls and video calls, for some reason it did not have a calls tab, as it does in the mobile application.

In this tab we will see a summary of our last incoming or outgoing calls, although it is not synchronized with the mobile, so that only the calls that take place from that moment on will appear and not the previous ones. At the moment it is not possible to create a call link.

This LIDL espresso machine can now be yours for €70 less

These social networks tell your screenshots: better not do it