WhatsApp will be talked about a lot with its new feature! 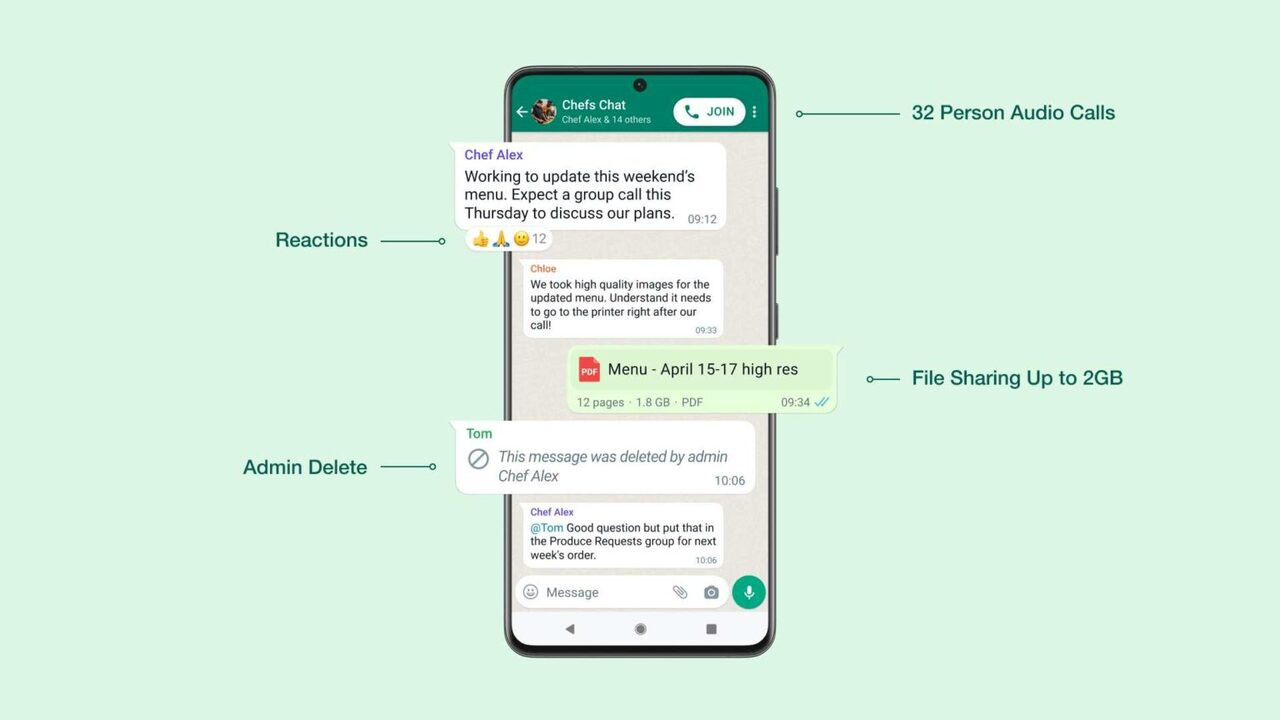 WhatsApp is one of the easiest messaging applications used worldwide. A great alternative app for chatting/Video calling and for people to share photos, videos and important documents with each other. This app, which is used by almost every smartphone user, has many great features to make things even easier and keep people connected.

Even after all these features, the application also has disadvantages such as being able to make voice calls with a limited number of participants. However, there has been good news from WhatsApp developers recently.

Actually, before Mark Zuckerberg When it announced its communities, the possibility of bringing some features of the messaging app in the future was also offered. One of them was to make a voice call with 32 participants and finally this feature is coming for everyone. This news was also announced on the official WhatsApp Twitter account.

In the announcement made by the company:Tip: You can now call your 32 favorite contacts or participants to a voice call on WhatsApp. That means sharing the good news with your whole family and hearing all the joy and laughter in one call.” it was said.

This new function is definitely Android and iOS will be available for smartphone users. At the beginning of the other new features to come, it is expected that the file sending size will be 2 GB and the ability to respond to messages and situations with emojis.

note: It is not yet known whether this feature is also coming to the desktop version of WhatsApp.

What can you do with the new Alexa Pro remote?

Have I been blocked on WhatsApp? So you can get out of doubt