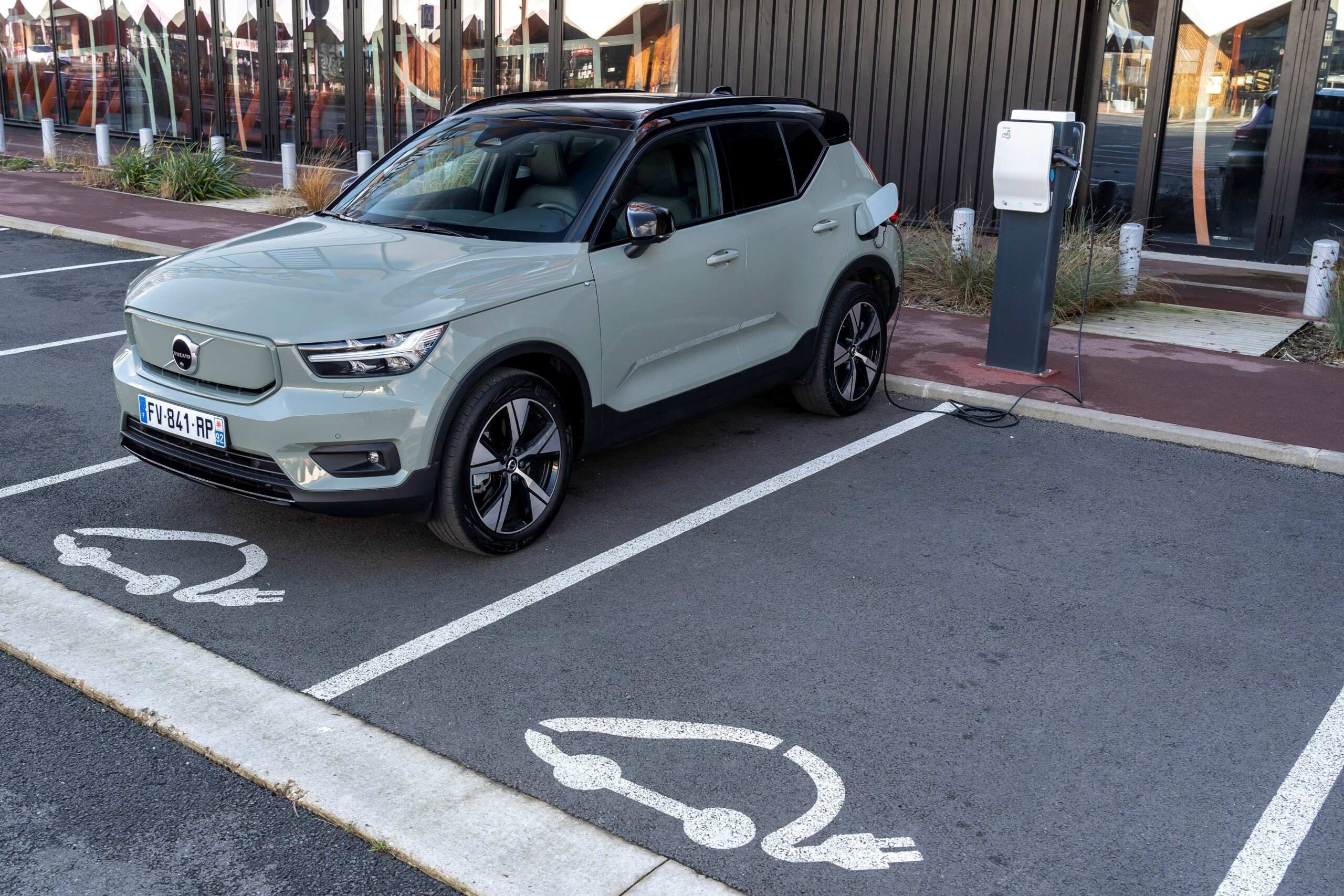 Even if the price of electric cars tends to decrease with the democratization of technology, an equivalent thermal model remains cheaper to purchase. But for how much longer? And when are we going to witness this famous “great shift”?

If you are recharging a new car, you are probably asking yourself several questions about which energy to choose and which one will best meet your needs. Thermal? Hybrid? Plug-in hybrid? Electric? Even if the legislator tends to encourage you to choose the fourth option, there is often a major impasse: the price.

Indeed, even if the ecological bonus makes it possible to drastically reduce the bill on certain models, at an equivalent level of equipment, an electric car remains more expensive to purchase than its thermal version counterpart.

Contents hide
1 Why is an electric car always more expensive than its thermal equivalent?
2 Subsidies make it possible to reduce the difference
3 A balance of prices within two or three years?
4 Premium brands have more leeway
5 Battery prices have already come down
6 Volume to reduce costs?
7 The magic of financing?

Why is an electric car always more expensive than its thermal equivalent?

Why ? For several reasons. The first is the amortization of research and development costs for this type of energy (battery, electric motor, etc.), even if its democratization should make it possible to reduce prices very soon. Renault and Volkswagen are already announcing models for less than 25,000 euros within the next two years, while the MG4 is already offering bargain prices in France for very attractive services.

The second factor of these higher prices is also the embedded technology. As you are surely aware, cars are more and more technological to also be more and more safe. We are talking more and more about connected and autonomous cars, and these ever more precise driving assistance systems obviously have a cost.

In the same way, car safety inspection bodies, Euro NCAP in the case of Europe, also now take driver assistance technologies into account. To be sure of having a good note and to ensure a good commercial process, it is better that your car is safe.

Subsidies make it possible to reduce the difference

Note that we are talking about the purchase price. Because we underlined it in a preceding file, with the use, owning an electric car is cheaper compared to a thermal model according to a study conducted by France Strategy.

At the same time, this report points out that electric does indeed generally cost more than its thermal equivalent. The additional cost of purchasing between an electric and combustion-powered B-segment city car would be approximately €16,000 on average, without taking into account aid for purchase. That’s a little less for a C-segment SUV, with a difference of around €10,000 excluding aid, which would however be “almost entirely offset by the bonus and malus tax”.

Anyway, we will inevitably arrive at a price balance between thermal and electric, with the decrease in the price of electric cars, but above all the increase in those of thermal cars. In reality, the question to ask is above all when this famous “switch” between the prices of an electric model and those of a thermal model will take place.

A balance of prices within two or three years?

Several leaders have already provided some answers, like Jim Rowan, the former CEO of Dyson and now CEO of Volvo. The latter recently told Automotive News that “price parity between electric cars and their thermal counterparts will become a reality sooner than we think”. In about “two or three years”. A date that seems very ambitious, even if Volvo seems to believe in it, the manufacturer who intends to offer only electric cars from 2030.

This reduction in the price of the electric car will also go through technological progress. Still according to Jim Rowan, “Technology will increase autonomy. Fewer batteries, but more autonomy, at a lower cost: we will get there”did he declare.

Indeed, as you are probably aware, the battery is the biggest expense item for an electric car. A large battery generally guarantees a generous autonomy, essential today to sell an electric car before the charging network is dense and reliable enough to no longer ask questions.

But to reduce these expenditures on the battery, especially in a complicated economic context which tends to increase rather than decrease prices, manufacturers are also working on other aspects, such as aerodynamics and the optimization of certain elements. Enough to save precious kilometers of autonomy while keeping a “reasonable” battery size and therefore less expensive to design.

You have certainly noticed it, but when a manufacturer presents its, or its first electric cars, it is often with a leveling up. Mercedes, for example, presented the EQC, then the EQS limousine, BMW a large SUV with the iX3 or Audi another large SUV with the Audi e-tron (which recently became Q8 e-tron).

According to Guidehouse Insights analyst Sam Abuelsamid, a premium builder has a greater scope of action and has an easier time reducing its margins on its electric vehicles in order to achieve price parity with their thermal counterparts. “In the segments where Volvo competes, it is quite possible”comments Sam Abuelsamid, “but in the more mainstream segments, the room for maneuver is not so great. »

This is also what BMW practices with its iX3, which is displayed at prices almost similar to a diesel X3 for example, at an equivalent level of equipment and equivalent power (around 75,000 euros with a few options). This leaves the choice to customers to choose between thermal or electric at a similar price, even if in this specific case, it is rather the price of the thermal model which has increased rather than that of the electric model which has decreased.

Battery prices have already come down

The electric car may be something recent, but it has already been part of the automotive landscape for more than a decade. The price of batteries has even fallen by 80% over the past 12 years. However, this decline was accompanied by increases, notably due to supply chain difficulties and increased demand for raw materials from the automotive industry.

These factors have driven battery prices up again over the past couple of years, and not just batteries unfortunately. Indeed, according to Interact Analysis, the price of electric motors, which nevertheless have a less complicated design than a thermal block, has seen its average price will increase by 26% in 2021 and should increase further in 2022. Not enough to bring down the prices of electric cars anytime soon.

Nevertheless, some suppliers, especially batteries, manage to keep prices relatively constant. This is the case of CATL, which supplies LFP (lithium-iron-phosphate) batteries for Volvo and Tesla, and whose price fluctuates around $131 per kWh. A price that is still high for the Swedish manufacturer, which hopes to bring this cost down to less than $100 per kWh by 2025.

According to Jim Rowan, “small models will help reduce the price of electric vehicles”. Manufacturers will therefore probably have to compensate for the lower margins on the lower segments by more volume. For the moment, Volvo is showing us mainly very large and above all very expensive models, like the new Volvo EX90. The future EX60 should be of the same ilk. It will probably be necessary to wait for the EX30 to find more “reasonable” prices, this model probably sharing its underside with the Smart #1, the two manufacturers being under the bosom of the Chinese Geely.

For now, government aid is somehow putting the electric car market on life support, and that certainly can’t last. “A company cannot rely on government subsidies to succeed”, said Jim Rowan. However, incentives will allow the EX90 to cost less in the United States (where the electric SUV is manufactured) thanks to the famous American auto bonus put in place by Joe Biden for the sake of protectionism.

On the other hand, other leaders do not necessarily see this parity arriving any time soon. This is particularly the case of Luca de Meo, the boss of Renault, who declared at the Paris Motor Show that he did not see this parity approaching. “I can offer better battery chemistry and power handling, but those gains would be wiped out if the price of cobalt doubled in just six months”.

For his part, Carlos Tavares, the boss of Stellantis and not always tender with the electric car, wants to be a little more “reassuring”. “In our forecasts, in 2026, electric vehicles will be cheaper than their versions equipped with a thermal block”he recently told franceinfo.

“In 2026, according to our forecasts, we will have an equality of the cost structure of the two technologies”. Carlos Tavares explains that “the electric Peugeot 208” is sold “around 30,000 euros”. He estimates that in four years, “an equivalent thermal car will be slightly above 20,000 euros”.

The magic of financing?

If you carefully follow our section dedicated to deciphering financing offers for electric cars, you have no doubt noticed that some offers are also, or even more advantageous compared to a thermal equivalence. Why ? For the simple and good reason that, under infusion of the ecological bonus, the contribution is immediately reduced to a trickle because absorbed by the bonusthereby reducing monthly payments.

In addition, the second-hand electric car market is expected to gain further momentum over the next three to four years, residual values ​​(value defined by taking into account the purchase price of the vehicle from which the amount of the rents paid by the lessee throughout the duration of the lease, which corresponds to the value of the car at the end of the lease contract) are high and make it possible to keep rents fairly low.

Even with government aid, electric cars are still quite expensive. But with the financing solutions that exist today, it is possible to afford an electric model for acceptable monthly payments. We have you…
Read more