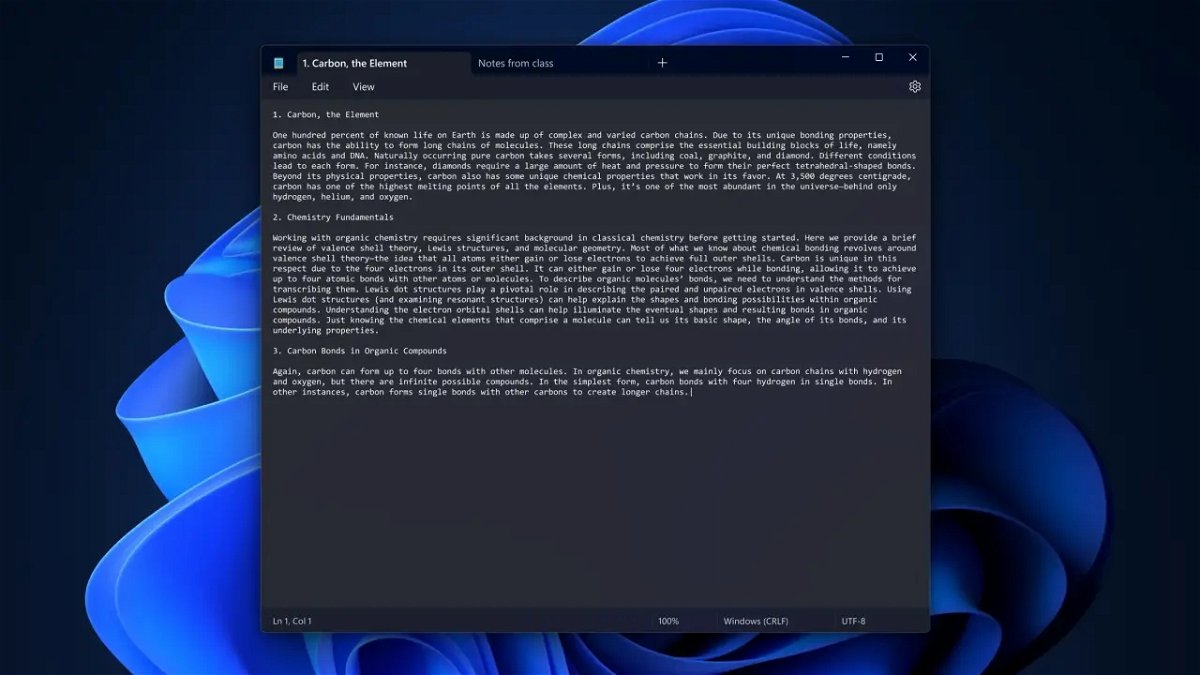 A similar function is already available in File Explorer.

The new year brings many new features regarding the most recent Microsoft operating system and little by little we are telling you everything we know about them and how their changes affect users. On this occasion, thanks to the information published on the Windows blog itself, we have learned that the popular tabswhich you usually use when entering your browser and exploring different web pages, also they will arrive to the popular notes app of Windows 11.

Notepad gets bigger in Windows 11

The management through tabs of different Applications It is one of the most recommended ways to make a smarter use of them and that is why Microsoft is getting the batteries with this matter. According to his latest post on the company’s official blog, those users enrolled in the program Windows Insiders will have the opportunity to enjoy the new notepad updatewhich will be version 11.2212.33.0, in Windows 11. If previously it had been the File Explorer application that had gained this feature, now it will be the native notes that can use it.

Through this update, the Notepad application will gain the ability to open new content within the same windowbut being able to separate notes through the known tabs. It seems that, at least sometimes, Microsoft software developers listen to user requests and implement a functionality already in demand previously. Through a window, users will be able to ‘create, manage and organize multiple files in a Windows Notepad window’.

In addition, working in different windows will continue to be an option, as well as the ability to click on one of the tabs Y drag them out of the window to generate a new one. The users they may also personalize if they want the files to open in new windows or in new tabs. will introduce a new keyboard shortcut to handle the tabs, as well as ‘a improvement in unsaved filesgenerating its title from the content and with a new unsaved changes indicator’.