With the price of graphics cards, is GeForce Now an alternative? 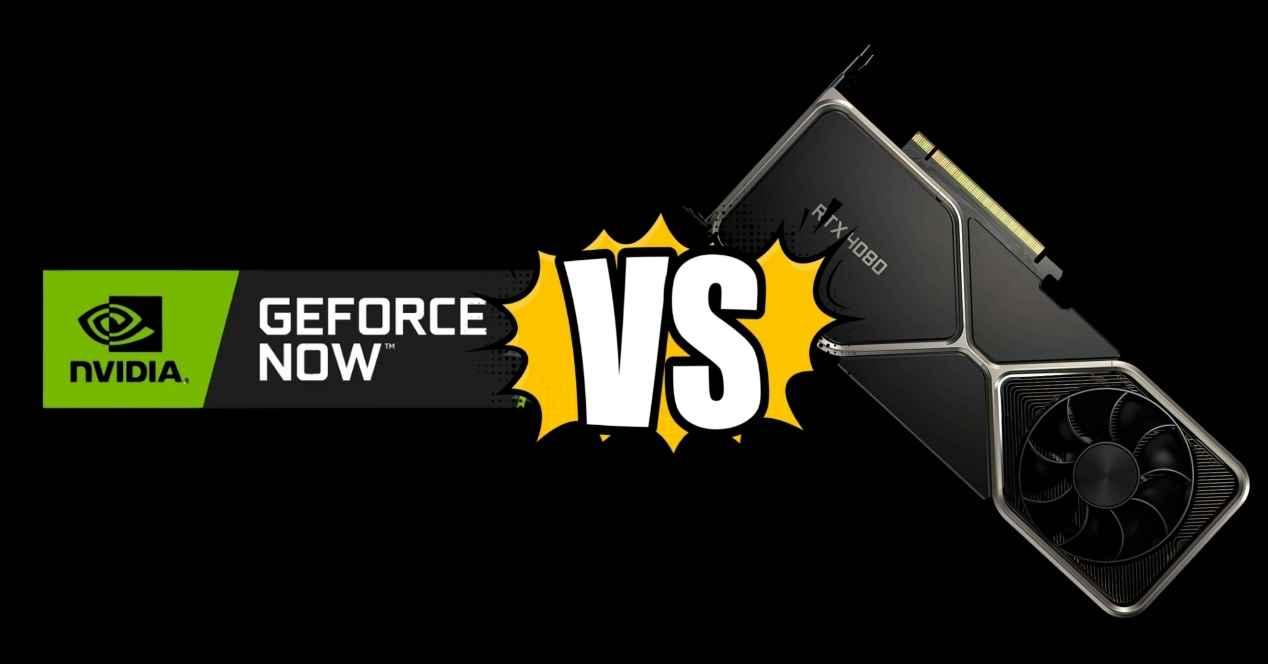 Share
Facebook Twitter LinkedIn Pinterest
The announcement of the new RTX 4080 and RTX 4090 has brought us not only the most powerful graphics cards in PC history, but also the most expensive and those that are farthest from the economic capabilities of users. I mean, they’re expensive. Is it a good alternative using GeForce Now instead of NVIDIA graphics cards?

Whenever a new generation of graphics cards appears, the potential customers are always the most demanding in terms of specifications and those who are willing to pay the most money. From here we do not seek to justify the absurd price that NVIDIA has put, especially to the 12 GB RTX 4080 that is still a disguised RTX 4070. Although we understand that the move to 4nm, the increase in general manufacturing costs and the adoption of a more complex cooling system means a price increase. Although it does not justify, from our perspective, such a price increase.

Contents hide
1 GeForce Now, the cheap alternative to the RTX 4000?
2 Is it really worth it?

GeForce Now, the cheap alternative to the RTX 4000?

We already discussed it in an article a couple of years ago when we talked about Cloud Gaming eventually being the preferred option for modest teams. The idea is none other than to give the user of these computers the ability to play PC games without having to buy an entire system. For this reason, many companies offer to be able to play a certain collection of games in exchange for paying a subscription while we are using said services.

As well, NVIDIA has been offering its GeForce Now service for years which is precisely one of CloudGaming and it differs from the rest by the fact that it allows us to play to our games on Steam or the Epic Games Store, but only those with which the graphics card manufacturer has an agreement. Although this is not the biggest difference, but the fact that we can choose two levels of hardware to play withbeing the most interesting of all the one that allows us to use an RTX 3080 during gaming sessions of up to 8 hours a day

Obviously, the announcement of the new RTX 4000 has not made the RTX 3080 suddenly slow, it is still as fast as a week ago and, it can be said that the power of the graphics cards to play games is already much higher what the most cutting-edge games of the moment need.

Is it really worth it?

The fact that you can access the power of an RTX 3080 for 20 euros per month and therefore 240 euros per year is a bargain, however, buying one of these graphics cards today can give you today without problems 3 extra years of trouble-free gaming. Something very big has to happen in the requirements of computer games for the NVIDIA RTX 30 to suddenly become outdated. Especially when today the RTX 20 are more than enough in 99.9% of the games.

So, if you have a tower PC, keep in mind that those 240 euros per year are 720 euros after three years. It is much better to have a graphics card in your hand that you can use as long as you want and the games and applications that you want. So unless you have a PC that does not allow you to connect a conventional graphics card, we would go for an RTX 30 or failing that if you are a fan of AMD or prefer them for a Radeon.

Windows 11 22H2 update destroys the performance of NVIDIA graphics cards: this is how you can fix it

are you going to buy a new graphics card from Nvidia?

forget the GeForce RTX 4000, the real innovation of Nvidia is here