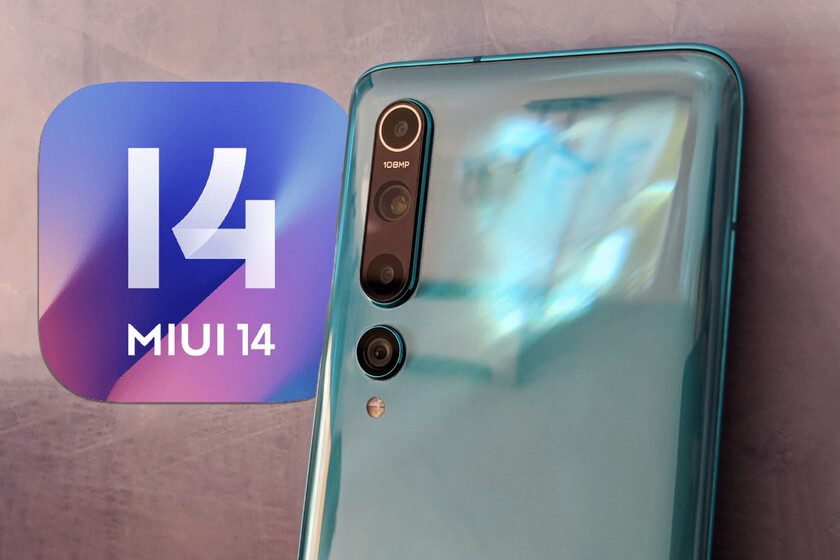 In just a few days we will see what Xiaomi has in store for us with the new Xiaomi 13 family, a series of phones that will kick off MIUI 14, the new version of the Asian firm’s customization layer. You may be wondering if this software will reach previous versions of this saga or notand we already anticipate that we have good news for you.

And it is that, despite the fact that almost three years have passed since the launch of the Xiaomi Mi 10 Pro and Xiaomi Mi 10, the company has just made it official that these devices will also be able to enjoy this updatefantastic news for all those users who continue to use it on a daily basis as a personal phone.

MIUI 14 will arrive at the Xiaomi Mi 10, but we will have to be a little patient

Apparently, as we have been able to read through ITHome, Zhang Guoquan, head of Xiaomi’s software department, has just announced through his official Weibo profile that The Xiaomi Mi 10 Pro and Xiaomi Mi 10 will be able to enjoy MIUI 14 although, yes, we will have to wait a few months to be able to install this software inside.


This is mainly due to the fact that other sagas such as the Xiaomi 12 or the Xiaomi 11 have to be updated before these, so We do not expect to see MIUI 14 installed on a Xiaomi Mi 10 practically until the end of next year 2023. Despite this, we cannot deny that this is fantastic news, since almost three years have passed since its official launch.

Also, something interesting is that, considering that this phone mounts a Qualcomm Snapdragon 865 inside, perhaps we could see this software installed in other Xiaomi phones with this same configuration as is the case with the POCO F2 Pro or Xiaomi Mi 10T Pro, although this is something that the company has not confirmed and that we cannot take for granted.

In summary, All those users who use a Xiaomi Mi 10 Pro or Xiaomi Mi 10 in their day to day should know that it will be updated to MIUI 14fantastic news in order to continue using smartphones with the latest update available from the brand, although, yes, at the moment we do not have a confirmed deployment date for this version.