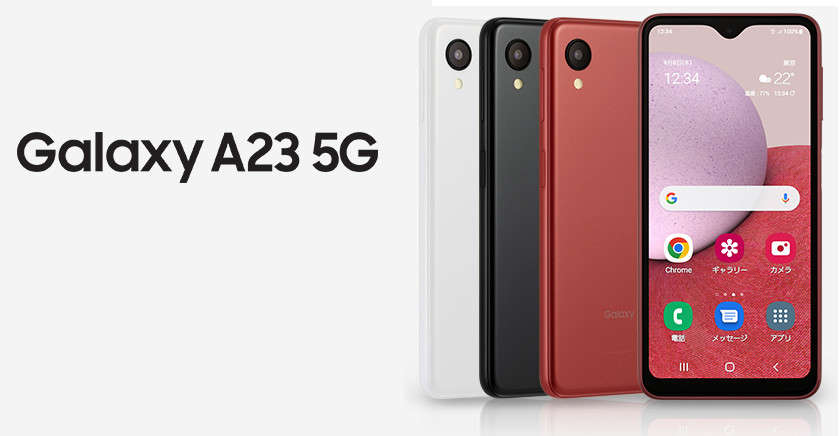 Share
Facebook Twitter LinkedIn Pinterest
mobile news desk Samsung Galaxy A23 5G smartphone has been launched for the customers, let us tell you that this phone is completely different from the model launched in select markets. Talking about the important features of this Samsung mobile phone launched under the Galaxy A series, a 50-megapixel camera sensor has been given on the back panel of this device. This device has been launched with three different color options. Let us give you detailed information about the price and features of the Samsung Galaxy A23 5G mobile phone. Display: This latest phone from Samsung has a 5.8-inch HD Plus (720×1,560 pixels) TFT display which comes with 16 million colors. Its predecessor gets a 6.6-inch Infinity-V display that offers full-HD+ resolution. Software: The Galaxy A23 5G smartphone works on Android 12. Processor: 2.2 GHz octa-core processor has been given for speed and multitasking, along with 4 GB RAM is available. It is being said that this device can have MediaTek Dimensity 700 chipset. The phone has 64GB of internal storage, which can be expanded up to 1TB with the help of a microSD card.

Camera Setup: There is only one camera sensor on the back panel of the phone which is equipped with a 50-megapixel sensor. At the same time, a 5-megapixel camera sensor is located in the front of the phone for selfie and video calling. Remind that the model launched earlier has four rear cameras, 5 megapixel ultra-wide angle with 50 megapixel primary sensor and two 2 megapixel camera sensors. Battery Capacity: To give power to the phone, a battery of 4000 mAh has been provided. At the moment there is no mention about fast charge support. The price of this Samsung smartphone is JPY 31,680 (about Rs 18,200), this price is of 4 GB RAM / 64 GB storage variant of Galaxy A23 5G. For the customers, this device has been launched in three different colors White, Red and Black. At present, information has not been received about when this latest handset will be launched in other markets.