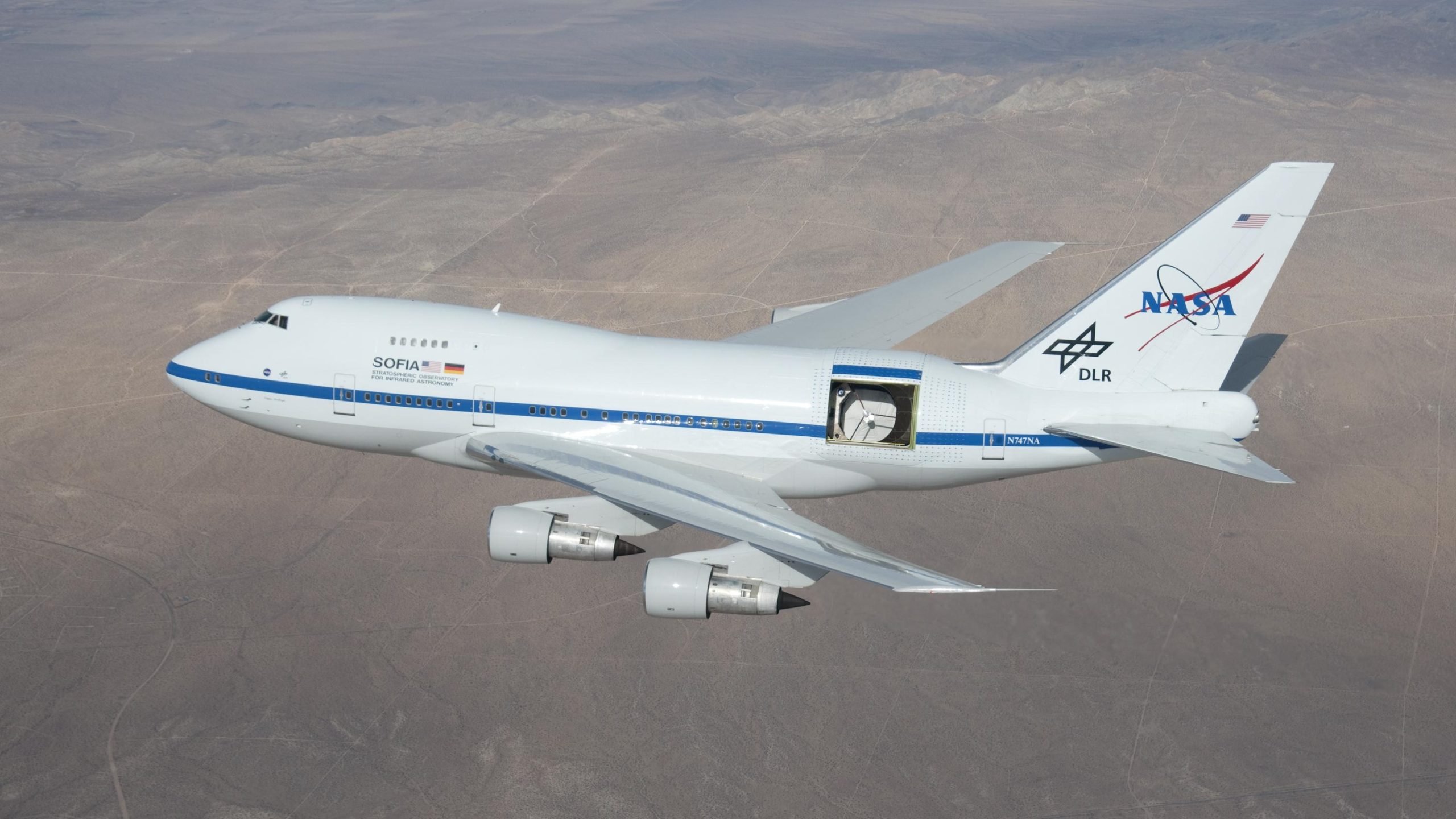 The Boeing 747 It was not only the plane that revolutionized the history of commercial flights, but it also demonstrated enviable versatility. This allowed it, for example, to be adapted to different projects that involved NASA. From carrying the space shuttle orbiters, to becoming SOFIA, an airborne observatory equipped with an infrared telescope. The latter was a crucial part of some of the most important astronomical discoveries of recent years, but recently reached the end of its operational life.

Last Thursday, September 29, SOFIA flew for the last time and closed a 12-year stage at the service of the US space agency. Unfortunately, the news went virtually unnoticed outside the scientific field. Something that, certainly, does not overshadow its achievements, but it does leave the feeling that the general public could not fully appreciate the spectacular nature of this aeronautical marvel.

Throughout its history, the modified Boeing 747 successfully completed more than 900 flights. This allowed shocking discoveries, such as the discovery of water in the section of the Moon illuminated by the sun, the detection of the first type of molecule that was formed in the universe, as well as the study of fleeting astronomical events in places beyond the reach of humans. ground-based telescopes, among many others.

For this reason, we want to take advantage of these lines to remember some of the characteristics that made SOFIA unique.

SOFIA, a Boeing 747 converted into an airborne observatory

SOFIA’s case is very interesting for many reasons. Among many, because its operational life ended up being shorter than the time allotted for its development. As we have discussed in the past, the project was led by NASA and the German Aerospace Center, or DLR. The initiative was launched in 1996, but the modified Boeing 747 only entered service in May 2010; although it was in 2014 when it reached its full operational capacity.

This means that the engineers took 14 years to put SOFIA in the air and 18 to exploit its full potential, but the aircraft only operated for 12. It is worth clarifying, however, that the cancellation of this mission was not for lack of interest or technical problems, but (mostly) budget issues. Last April, NASA and the DLR announced that they would stop flying the airborne observatory no later than September 30. The reason? The results of the National Academies’ 2020 Decadal Survey of Astronomy and Astrophysics, which evaluated the work of the Boeing 747.

“The report, which provides NASA with peer-reviewed recommendations on the future of US astrophysics, concluded that SOFIA’s scientific productivity does not justify its operating costs“, the agency explained. In addition, they indicated that the capabilities of the aircraft and its integrated telescope were not aligned with the scientific priorities established for the next decade and beyond.

SOFIA’s distinctive element was clearly the way the engineers managed to position its equipment. The Boeing 747 had a door on the left side of the fuselage that opened to reveal the reflecting telescope. 2.5 meters in diameter and 17 tons of weight.

Inside, the aircraft also included equipment and instruments that allowed astronomers to capture and analyze information mid-flight. Its missions consisted of three or four night flights per week, and the operational and maintenance tasks were carried out by the Armstrong Flight Research Center in California. During its visits to the southern hemisphere, meanwhile, it was usual for SOFIA to base itself in New Zealand, although it has also operated from Chile.

One of the many challenges that the developers of the observatory had to overcome was the effect that fly for hours with the door open. However, the pilots of the Boeing 747 did not even feel it. In addition, according to NASA, the stability of the telescope was such that it was equivalent to “keeping a laser pointer fixed on a penny 16 kilometers away”.

The benefits of an airborne observatory

Mounting a telescope on a Boeing 747 was not a decision made on a whim, nor by simple experimentation. Prior to the development of SOFIA, NASA had already used an airplane as an airborne observatory: the Kuiper Airborne Observatorywhich operated from 1974 to 1995 aboard a highly modified Lockheed C-141A.

SOFIA operated at a height far higher than any ground-based telescope, even those installed on top of a mountain. The Boeing 747 reached about 12,000 meters in height and could fly above 90% of the water vapor in the Earth’s atmosphere. This allowed him to take advantage of more than 80% of the full infrared range for astronomical observations.

As explained by NASA, all the information generated by the SOFIA telescope will be made available in the agency’s public files. This will allow astronomers from all over the world to access it.

As for the fate of the modified Boeing 747 after its departure from service, a determination has not yet been made. As it is an aircraft belonging to the US government, certain parameters must be followed to deregister the equipment and define its future.

Paul Hertz, senior adviser to NASA’s Science Mission Directorate, told SimpleFlying that, by protocol, other government agencies have priority if they want to keep the plane. Anyway, unlikely to be repurposed for other purposes. If no offer appears, it will move to the private sector, where it will surely end up as a museum piece.

“Infrared astronomy will continue at NASA, most notably with the James Webb Space Telescope. But SOFIA’s many and diverse contributions to science have already left their mark,” said Hertz.

A woman in Spain had cancer 12 times until the age of 36: The case that shocked the doctors!

Airplane Mode has an expiration date in Europe. Will flying be more expensive?